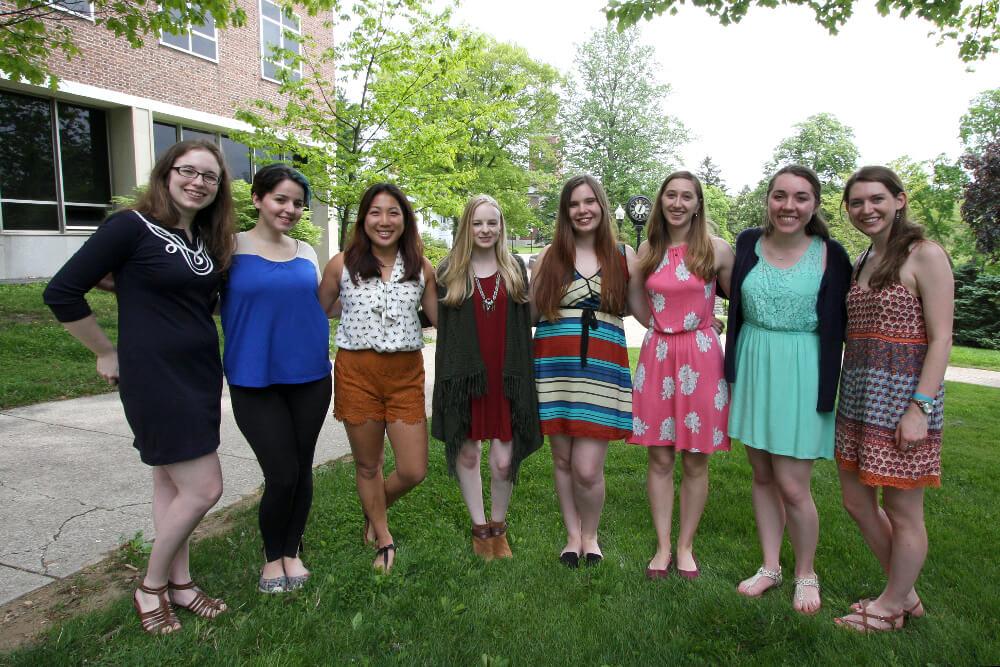 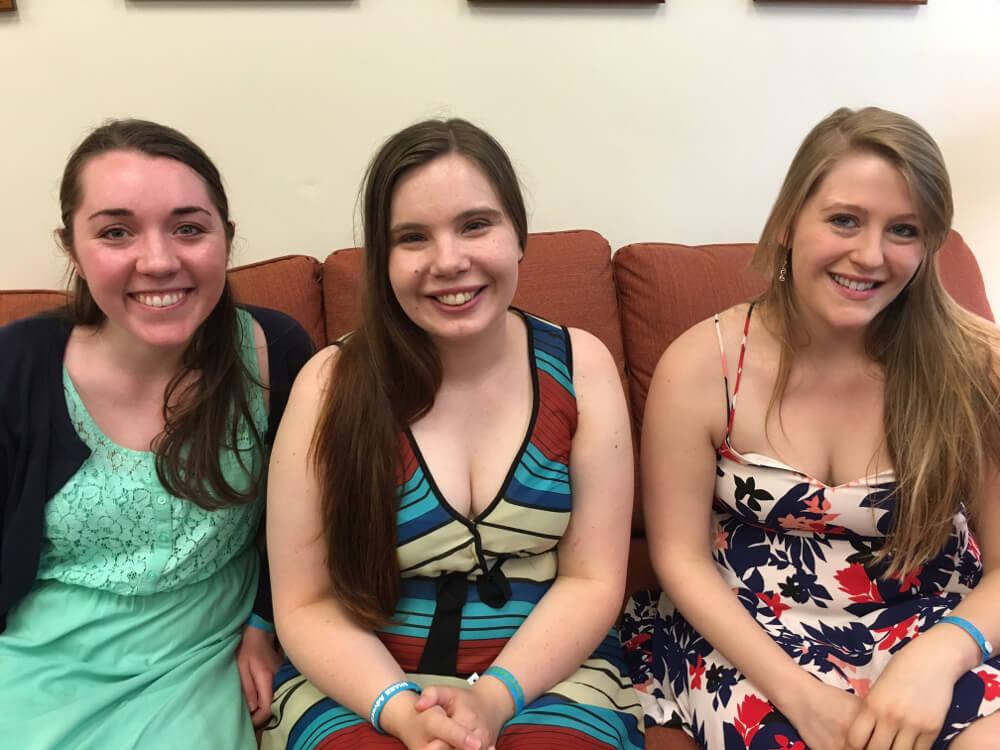 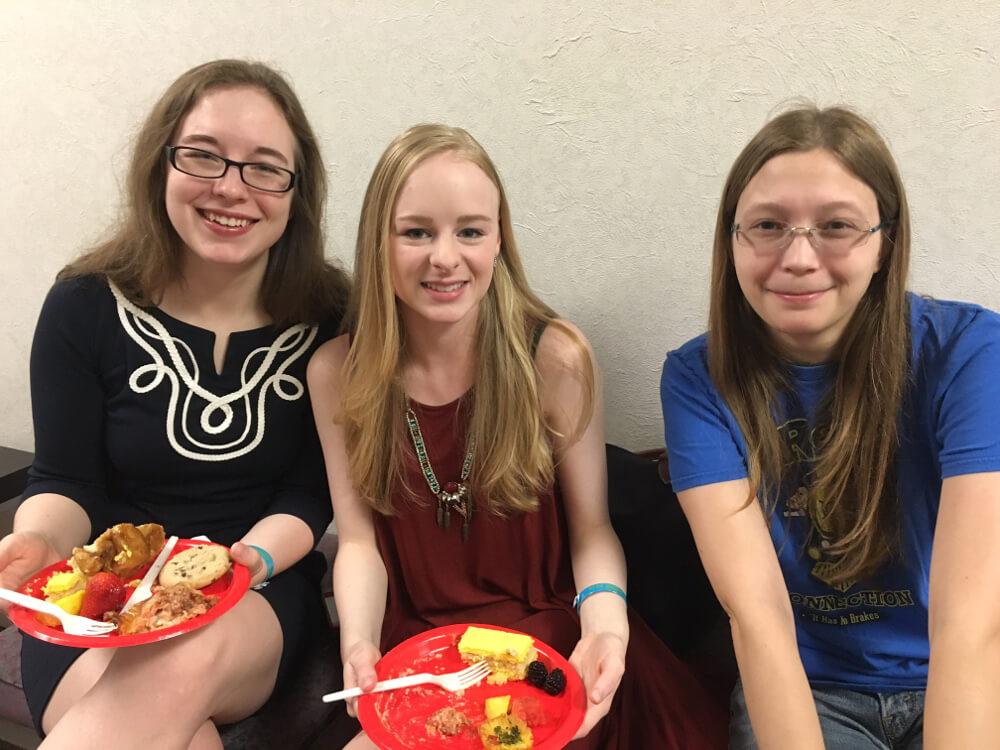 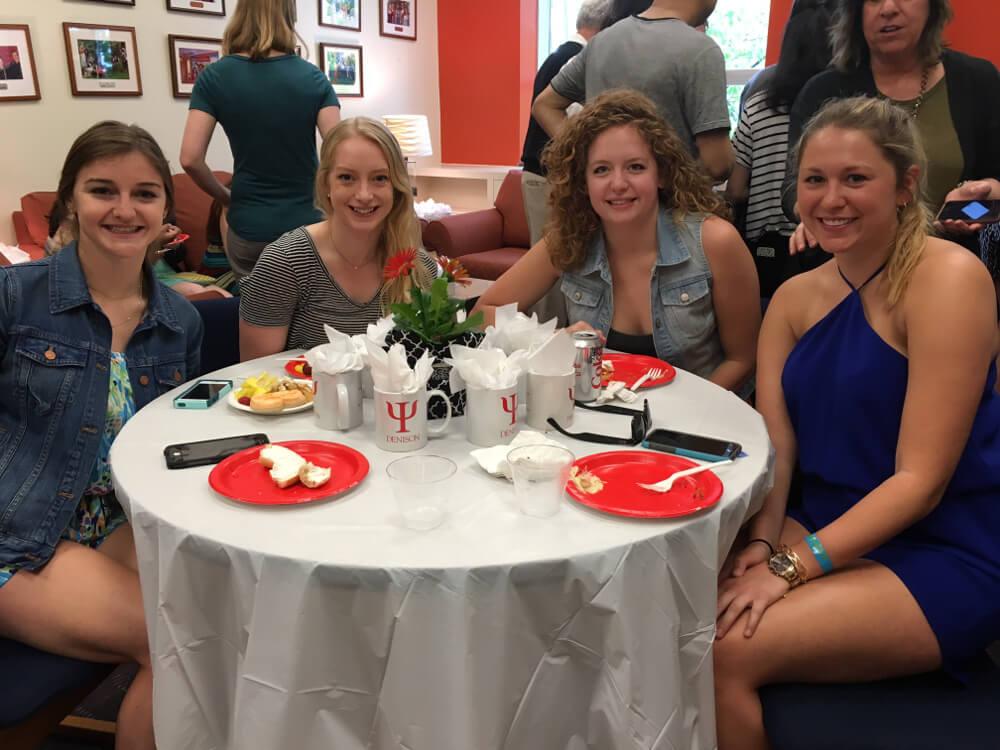 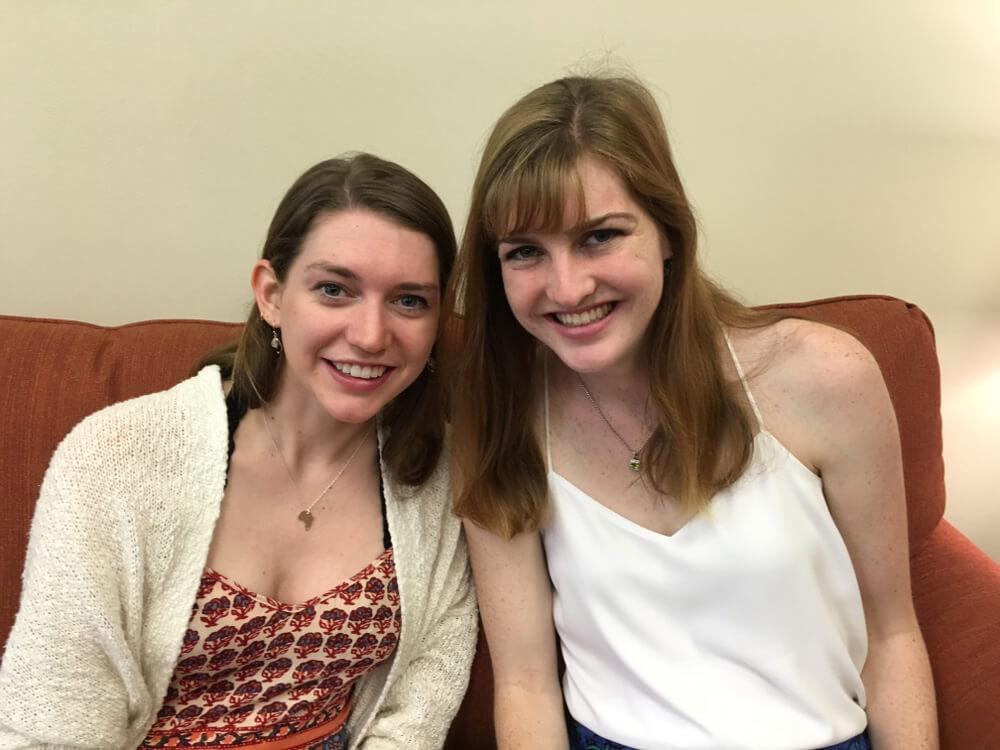 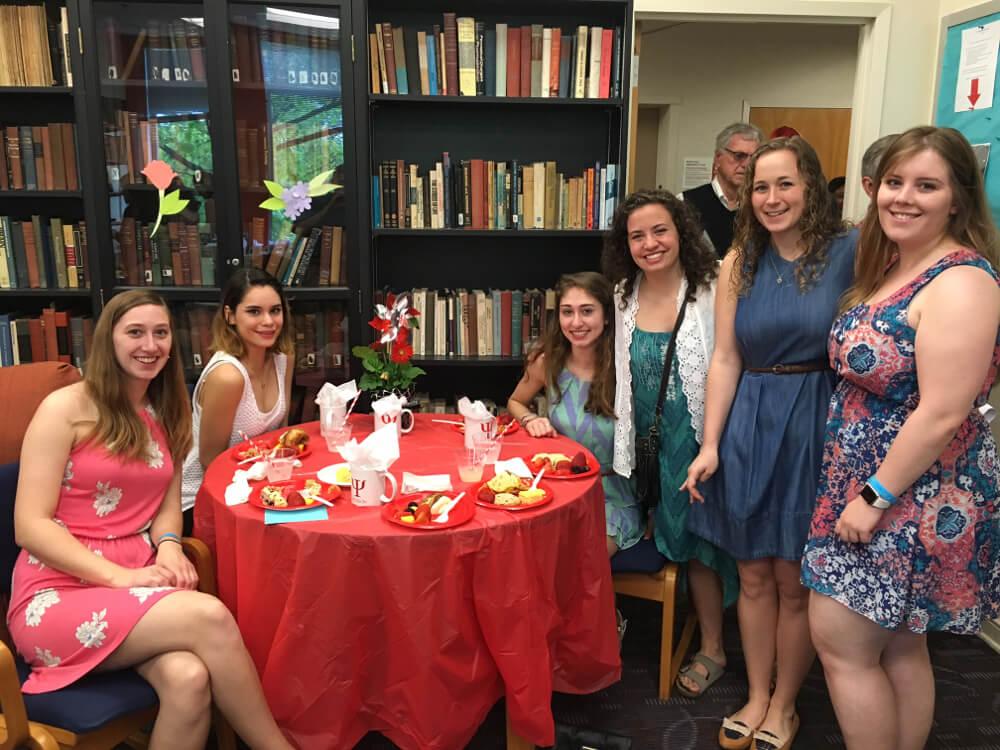 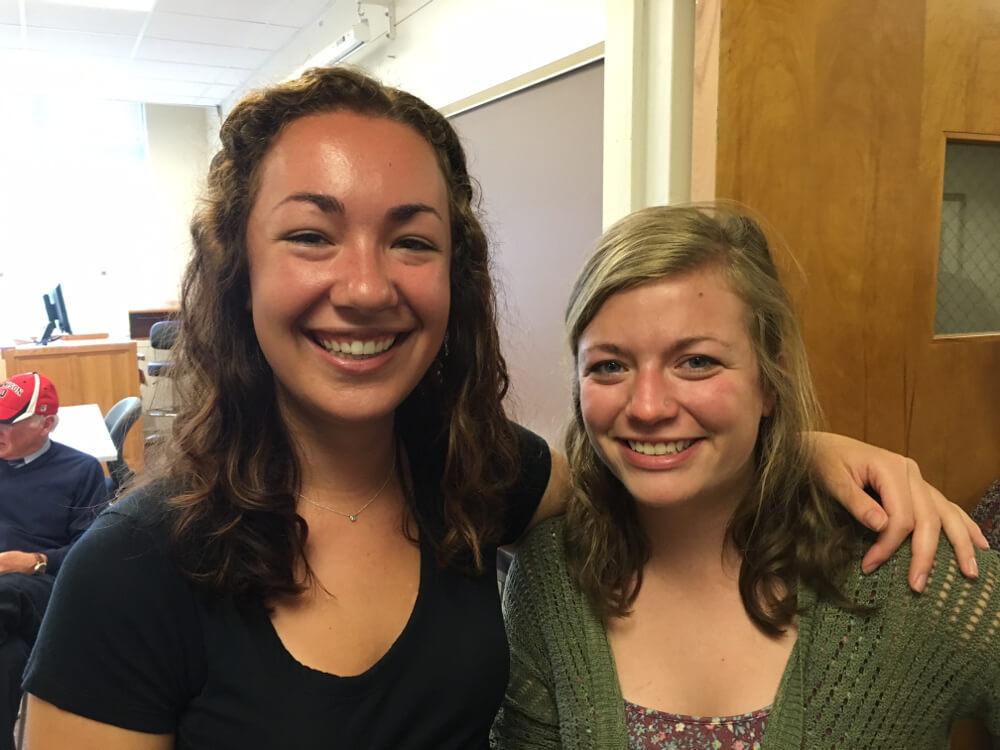 The Department of Psychology held its annual awards ceremony and senior brunch on Thursday, May 12, 2016.

Hannah Fiore and Celeste Erikson received the 2016 Rita Snyder Research Award. This award is presented to graduating seniors who have demonstrated excellence in statistical analysis and quantitative reasoning as evidenced by independent work on an empirical research project. The award is named for Dr. Rita Snyder, Professor Emeritus of Psychology.

Melanie Blank and Gwen Gunter received the 2016 Irvin S. Wolf Award. The award is given in recognition of graduating seniors who have distinguished themselves in their major, demonstrated research excellence, and indicated a continuing commitment to the field of psychology. The award is named for Dr. Irvin S. Wolf, former member of the Psychology Department.

Emily Wall and Lauren Wilhelmy were awarded the 2016 Wolf-Lamb Award. The Lamb-Wolf Award is supported by Doug Lamb, Ph.D., a clinical psychologist (DU ’63) in honor of Dr. Irvin S. Wolf, who was chairperson during the time Dr. Lamb attended Denison. The award is designed to acknowledge “above and beyond the call of duty” initiative by one or more psychology majors. A student’s initiative may take various forms but must be related to the student's efforts to learn more about the practice of psychology.