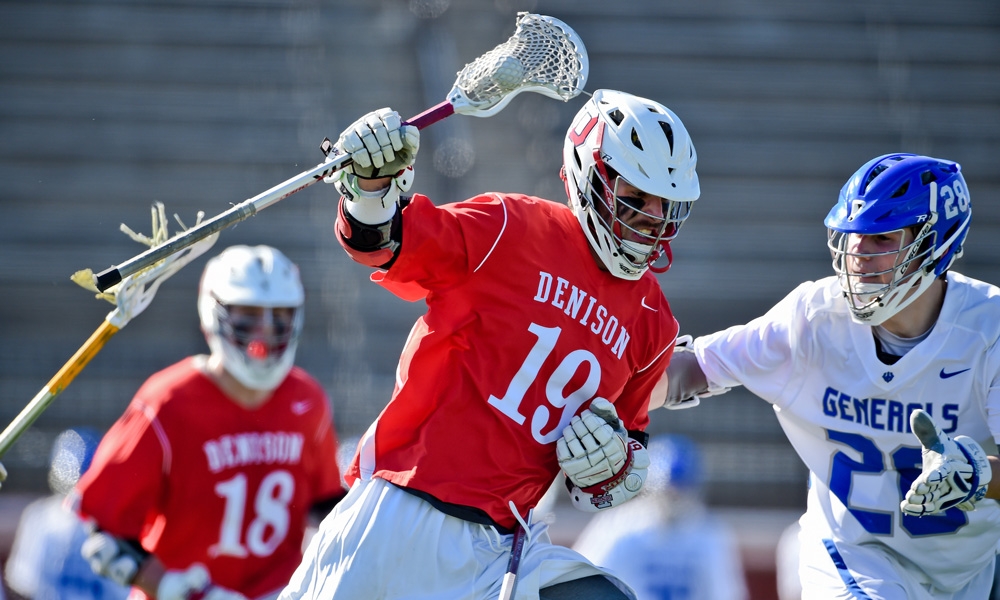 Philosophy major Henry DeCamp ‘19 is interested in how technology affects how we experience the world. He also happens to be one of the best lacrosse players around — ranking eighth in the nation during his junior year.

DeCamp’s enthusiasm for philosophy predates his college years — as does his expertise in lacrosse. A native of Washington D.C., he played lacrosse at Deerfield Academy in Massachusetts, also the place that sparked his philosophical curiosity.

“I took Eastern Philosophy and Existentialism courses,” he says. “The potent ideas we surveyed were like nothing I had studied before. I continued to read philosophy the summer before my freshman year, knowing that I would most likely major in philosophy.”

His professors fanned that spark. “Each member of the philosophy department is a world-class educator with a unique area of expertise,” says DeCamp. “Dr. Maskit’s area of expertise aligned with and shaped my own philosophical interests. I especially enjoyed his Continental Philosophy and Philosophy of Technology courses.”

On the lacrosse field, DeCamp is a face-off specialist, a position that requires precision, speed, strength, and explosiveness. The All-American had an outstanding season his junior year and his 2019 season was off to another outstanding start. But during a game against Oberlin things took a turn for the worse.

“I popped the ball behind me and it was rolling,” DeCamp says. “The other player was behind me and dove. He got caught in front of my right leg. It felt like a hyper-extension at first but immediately I was very worried.”

DeCamp met with Denison doctors and an MRI confirmed the worst-case scenario…a torn anterior cruciate ligament (ACL). “I was very upset, but the only thing I was thinking about was how can I do this? I got on the internet and realized there have been people who have played with torn ACLs before.”

Over the next six games, DeCamp remained on the sidelines before he made his triumphant return against archrival Ohio Wesleyan. He led Denison to its 18th conference championship.

While he was healing and working his knee for lacrosse, DeCamp was also preparing his paper for the philosophy Senior Symposium, the capstone experience in the major.

“Henry wrote an excellent senior symposium essay,” says Professor Barbara Fultner. After successfully presenting and discussing it with students and faculty at the symposium, he submitted the paper, titled “Merleau-Ponty and the Phenomenological Implications of a Technologized Phenomenal Field,” to a conference in Philosophy of Technology in Europe.

His paper focuses on “strange and unique ways modern technology has altered the manner in which we perceive the world as body-subjects,” says DeCamp. That knack for understanding body-subjects comes in handy on the lax field as well.

“Henry has an exceptional ability to coordinate his hands and ears to move as he hears the referee’s whistle,” says Coach Mike Caravana.

Caravana adds, “Henry’s hard work with his rehab and courageous play inspired us all. The 2019 Denison lacrosse team will always be remembered as Henry DeCamp’s team. Considering our history of success, that is something that is truly unique and special.”

“I found solace in the fact that the best part about Denison lacrosse is the people and the relationships,” DeCamp says. “That is the part of Denison that is going to stick with you for the rest of your life. It’s not something that just goes away.”