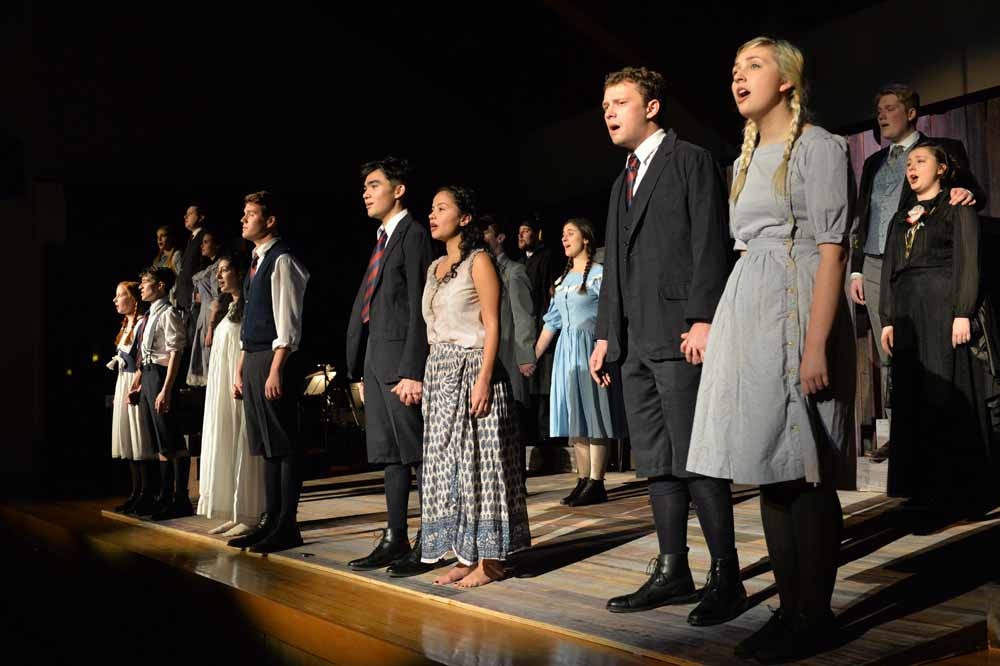 A small gem of a program lives within the music department, and it's called Singer's Theatre Workshop — a true hybrid of music and acting directed by Belinda Andrews-Smith for the past 16 years. As the musical theatre program has grown under Andrews-Smith, it's developed a solid reputation for quality, attracting more and more student performers who want to showcase their abilities and perpetuating the talent pool with every year.

Singer's Theatre students have gone on to win voice competitions in musical theatre, and into careers on and off Broadway. But whether musical theatre is a life goal, or more for camaraderie and pleasure, there's been no dearth of excellent singers, actors, and musicians on campus, or opportunities to perform.

The group recently produced the Broadway success, Spring Awakening, chosen for autumn 2016 by Andrews-Smith for the simple reason of Denison's “abundance of amazing rock and musical theatre singers,” which, she adds, “are perfect for Spring Awakening.” Many of the students on stage in Burke recital hall came to Denison to take part in musical theatre and specifically the Singer's Theatre Workshop.

As Janyce Caraballo '17 of Chicago, who started with the program her freshman year, explains, “Being part of Singer's Theatre Workshop is always a highlight of my time here at Denison. As an ensemble we've just worked so well together, and I think that comes across on stage. This show in particular has been very fun to work on … I'm definitely proud of the outcome!”

Pride in the show was well-earned.  From the leads to the supporting roles, from the women to the men in the cast, the quality of voices was astonishingly strong — it's easy to forget you're in Granville, Ohio as you listen to a Singer's Theatre production.

Another cast member, Benson Anderson '18, suggested that the satisfaction and success of the show comes from its eclectic nature. “I think what is going to make Spring Awakening such a unique foray … is the atmosphere of the time period, or perhaps time periods. The set and costumes say 19th century, but the songs tell many of today's stories. By a lot of accounts, the songs of this show aren't conventional 'show tunes.' They dabble in folk-rock, alt-rock, and European new wave. It's been an amazing and demanding experience working with and dissecting this piece of theatre.”