2021 Senior Research Projects in the Books 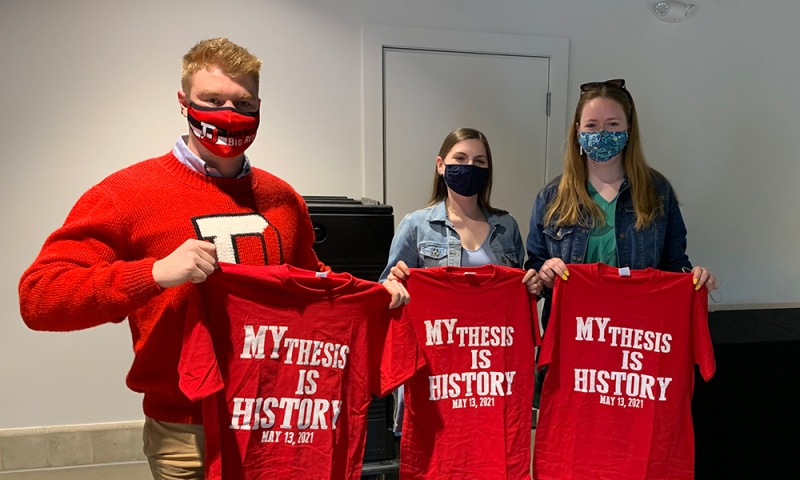 At the end of every academic year, we celebrate our senior majors who completed year-long independent research projects. This year’s topics ranged from women’s roles in the Mau Mau Rebellion in Kenya to the cultural meanings and significance of the term blitzkrieg during World War II.

Congratulations to our senior researchers for meeting the challenge of completing these significant research projects, especially during this Covid year! 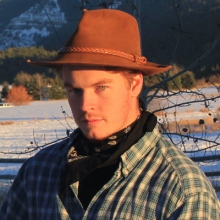 Senior research project and adviser: “Blitzkrieg and the Memory of Modern Warfare in Britain” with Dr. Adrian Young

I wanted to understand the etymology of a term that seems to possess an almost mythical status in the historical lexicon. How and why does a German word become so ubiquitous when describing the devastation of the Second World War despite the word not actually originating from Germany? What connotations are there in the use of such a word, and how is the abbreviation of blitzkrieg related to the uniquely British blitz? What narratives are omitted from our understanding of this complicated period, and what other potential meanings of blitzkrieg exist?

Blitzkrieg is a much more complicated term than its literal translation would have us believe. While it does define the classification of advanced mechanized warfare, it also serves as a means of understanding the trauma and experiences of those that lived through the devastation of the Second World War, civilian and military alike. Blitzkrieg exists as a vestige of the dehumanization caused by the mechanization of warfare, which further blurred the lines between the civilian and military experience of the war.

I found an entire archive of docudrama films produced by the Crown Film Unit during the Second World War. It was interesting to see the contrasting perspectives being portrayed and certain subversive undertones that manifest in some of these movies. I wanted to see exactly how the British government built their narrative of the British experience of war, and how it would compare to later documentary films that covered the war in retrospect.

I loved our presentations. The remote learning model has afforded me some really awesome opportunities to combine some of my various passions into this project. I had an entire chapter in my project about documentary films, so I decided that if I was able to pre-record my presentation, I might as well make a Ken Burns style documentary that covers my topic. It was an awesome way to incorporate my various skills and interests into my final project that hopefully conveys my passion for history and film. 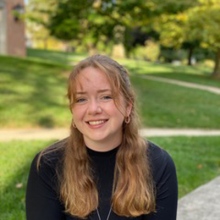 Senior research project and adviser: “The Roles of Women and their Various Impacts in the Mau Mau Rebellion, 1952-1960,” with Dr. Joanna Tague.

What was the main role of women in the Mau Mau Rebellion, and how did the societal gender norms affect their role?

What is the main goal of your project?

The history of women’s roles in the Mau Mau Rebellion (1952-1960), an uprising against the British colonial government in Kenya, has been neglected, and my research goal was to collect information about women to have the best understanding of their roles in the movement.

“Mau Mau Daughter: A Life History,” written by Wambui Waiyaki Otieno. It is one of the two autobiographies that was written by a woman, and it is able to show her experiences and her reflections.

My favorite part was being able to focus on what I personally find interesting. I was able to find and use a lot of interesting historical information to build on my arguments. 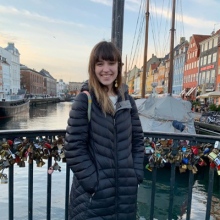 In what ways is the conversation, discourse, and framework surrounding sexual harassment and sex discrimination problematic and excluding of multifaceted identities?

What are institutional manifestations of the United States legal system’s single-axis approach to sex discrimination? In what ways do GLCA colleges promote, reject or challenge the legal system’s inability to account for intersectional identities?

I argue that antidiscrimination legislation is insufficient in its ability to serve and protect African American women (as well as other multifaceted identities) and that Denison University consider implementing a racial mandate for their Title IX office as a means of redressing this issue.

I used many congressional hearings throughout the first section of research paper. I found every congressional hearing in which the Senate or House held hearings to discuss the efficacy of Title IX and its implementation (there were only two congressional hearings on this topic, held on the 30th and 35th anniversary of Title IX’s establishment). I then analyzed these documents, looking for any instance in which government officials acknowledged intersectionality or alluded to failures of Title IX to account for the confluence of race and gender discrimination. To no surprise, none of the US government officials discussed this issue, even after the National Coalition for Women and Girls in Education presented a report in which they asked for additional research to be done on Title IX’s ability to serve BIPOC students (this report was presented in 2002 on Title IX’s 30th anniversary; no additional research on this topic was presented during the congressional hearing that marked Title IX’s 35th year anniversary).

Sharing my research with other faculty and students. 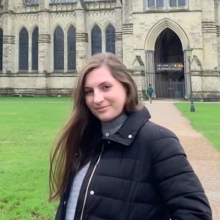 My project explored how cultural identity changed in terms of language, gender expectations, and religion in Viking Age Scandinavia and the potential fluidity of Scandinavian identity in this time in contrast to historiographical assumptions.

My main argument is that Viking Age Scandinavians may have had a more fluid cultural identity that was able to adapt and change in order to become more accessible to new communities.

The Birka burial or Bj 581. While the remains in the grave were originally thought to be a man due to the grave goods that suggested they were a warrior and strategist, an osteological examination proved that the grave belonged to a woman. This source helped me to explore gender identity during this time and consider values in the Viking Age.