The Agony and the Ecstasy of the History Senior Seminar

As seniors, most of our history majors finish out their Denison careers with History 430, the senior seminar. In the “senior sem,” students build on the skills and interests they’ve been developing as history majors to dig into the historiography of that semester’s seminar theme and then to select their own topics to investigate.

Senior seminars provide the challenge of independent research projects mixed with the camaraderie of a seminar. At the end of the semester, student present their research finding to the history department faculty before finalizing their individual research papers.

Sound like fun, too? Maybe you have what it takes to be a history major!

Take it straight from these students: their senior seminar experiences are something they’ll carry with them long after Denison. 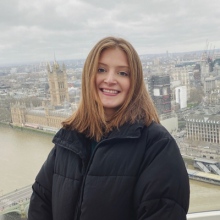 My research aims to answer:

What do these language dynamics reveal about the power relations between the Europeans and the Native Americans during these early years of encounters. How can we use linguistic works to tie into the bigger questions of power; specifically, how do these works define the relationships between indigenous groups and the Europeans during these early years of interactions?

By exploring the ways that linguistics functioned in the New World during the late 16th and 17th centuries, my project reveals that European reliance on the indigenous peoples resulted in increased agency for the indigenous populations in Eastern North America as they had jurisdiction over the interactions.

One of my most interesting primary sources was A Key into the Language of America by Roger Williams from 1643. It is a detailed translation and observation book of the Algonion people of northeastern North America. Williams’ 200-page book includes many words and phrases that cover most areas of interaction between the groups. He explained all aspects of indigenous life: their social practices, eating and entertainment habits, structures for sharing news, among other things.

Overall, my favorite part of this experience was how much I loved the friendships I made with my classmates. We just had such a great dynamic—we really go to know each other and Professor Proctor. 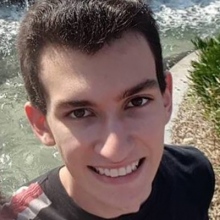 Title of senior seminar paper: We Never Knew What Friends We Had: Americans’ Efforts to Relate to the Russians Beyond the Iron Curtain 1945-1950

My project focused on these questions:

Given the development of the policy of containment and government propaganda framing Russians as ideologically incompatible with and fundamentally different from Americans, what was the perception among Americans of the Russian people in the midst of this growing hostility? How did some American civilians reject the notion of Russians as an abstract, enemy monolith with whom cooperation was impossible and instead try to relate to them simply as people?

I found that by publishing their thoughts about and experiences with the Russian people, some American hoped to share their own nuanced understanding of the Russians that deconstructed the otherness that US foreign policy worked to establish. In this way, some American civilians implicitly challenged their government’s foreign policy approach insofar as they made efforts to humanize, relate to, sympathize with, understand, and cooperate with the Russian people.

One source that was especially interesting to me was a magazine article written by an artist, who sketched portraits of people, sharing his perspective on Russians that he met in Alaska. He revealed to the reader that, as he sketched their portraits, he thought about how he wanted the Russians to be “seen and known and loved as individuals, because their sacrifices had been so great that we in America almost forgot that every dead Russian was a person like ourselves—loved life just as dearly, had just as many ties of parents, wife, and children.” Further to this end, he wrote, “The attempt in some places to build them into the bogey of ‘Our Next Enemy’ makes my blood run cold. In all my contacts with the Russians I felt strongly their likeness to us as a people—as individuals surprisingly like us, as a people very close to us in the problems they face and in the aspiration with which they face those problems.” This incredibly thoughtful view of our wartime allies turned Cold War enemies is so striking because of the extent to which the author understands that one must never conflate a government with its people.

I very much enjoyed working with Professor Threlkeld to refine my research topic and research questions until I arrived at a focus that I found incredibly enjoyable to read and write about, making completing the project not only easier than I expected but also much more fulfilling. 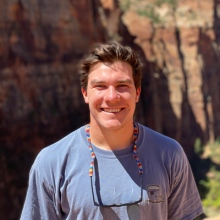 Title of senior seminar paper: Legitimizing Slavery: A Cause For the Order of Christ.

My main research questions were:

At the advent of the trans-Atlantic slave trade, how were coastal Africans and islanders recorded differently? And what factors contributed to these perceptions?

And looking specifically at my main primary source (one of few surviving sources from the Portuguese exploration of West Africa in the 1400s), I asked: In what ways does Alvise Cadamosto’s work construct ideas and knowledge about Africa’s exploitative potential?

In answering these questions, my main argument is that Alvise Cadamosto’s chronicle served to legitimize the Christian cause (conversion, commercial exploitation, and enslavement) in the Atlantic world through constructing the people and landscape as exotic, fertile, and exploitable. He posits relationships between the quality of the land and its peoples to construct the emerging Atlantic space. In essence, Africa is subdivided by its utility to European expansionist interests.

In selecting my primary source, I chose to focus on the chronicle of a 23-year-old Venetian explorer, licensed to sail for the Portuguese in 1455 and 1456, because his work has created a foundation for early encounter historiographical debates. For example, were the ‘Portuguese’ racist from the outset of their expansionist endeavors? To what extent does our modern understanding of race support or construe historical analysis of early perceptions? I basically landed on the notion that he was a racialist and ethnographer; he saw phenotype differences as demarcated by the land. However, his judgments and observations were relatively complicated when it came to recording them. He provided Africans with positive and negative attributes that largely focused on their cultural and religious practices. Debate is still warranted, though. There is a subtext of biological and environmental determinism when he talks about their qualities in relation to where in Africa they live. Although again, I believe that he aims to exoticize them for his own personal gain—if not via the influence of his patrons, the Portuguese Order of Christ and its larger interests to justify slavery, as war capture gave way to commercial trading of peoples.

I liked that the semester-long process of research and writing was iterative. I read the source, thought I knew some stuff, and then read a swath of secondary sources on the Portuguese, the Crusades, and the Pope. I went back to reread my primary sources relentlessly and found new connections between the relevant literature and material I’ve covered in previous courses. For example, historians were keen to note that Cadamosto noted the fertility of the land and its improper uses. What was not mentioned was the idea of wilderness as a construct (borrowing from environmental historian William Cronon). If the land was uncultivated by European standards, then its people were naturally primitive in comparison to Europe. I saw this as an important consideration to critique the positionality of the author as well as the larger cultural and political biases that shaped the account’s observations. 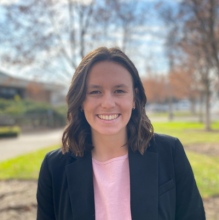 My key research questions were:

My paper analyzed how women suffragist shaped the principles of anti-imperialism to advance American women’s rights. In the first section, I argue that suffragists used different rational connections to the anti-imperialist movement to coax support for women’s suffrage. The second section argues that anti-imperialists were hypocritical because they used their principles to challenge inequality in U.S territories, but did not apply the same beliefs to argue for women’s suffrage in America. The last section argues that suffragists claimed to support the anti-imperialist sentiment that the U.S. was obligated to intervene in the Philippines in order to uphold American values; but instead, suffragists advanced the white American women’s rights movement by placing themselves in a superior position to women living in U.S. possessions.

The primary source I focused on was the Woman’s Journal. My favorite article from the Journal was “Mrs.Stanton Blatch” by Harriet Stanton Blatch because Blatch advocated for women to have lives outside of the household.

My favorite part of the overall experience was presenting to the history department professors because I worked extremely hard all semester and it was very rewarding to present my hard work to the faculty. It was fulfilling to explain my research and I was very proud of my semester-long project. 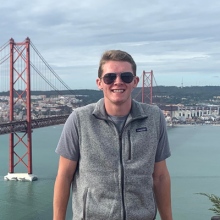 Title of senior seminar paper: Slavery and Freedom in the North

I argue that slavery in the North did not end with the American Revolution and slaves’ ability to be free was undermined by having to pay into manumission.

My research questions were:

Why did Venture pay 71 pounds for his freedom? Why is there more scholarship on Southern slavery than ongoing slavery in the north? And what was the impact of the American revolution on slavery? These questions changed throughout the project, as I was unable to find manumission records but I was able to find four meaningful primary sources that demonstrate the experience of slavery.

One of my most interesting primary sources was dictated by Venture Smith who, after being captured in Africa and sold into slavery, paid for his freedom and become successful enough to have a narrative about his life published. His determination to buy his freedom and questioning of the amount he paid for his manumission was what kicked off my research.

My favorite part of this semester was conducting research on a region I grew up in and knew well and learning about a topic that I had never previously thought about.

Title of senior seminar paper: The French Contributions to the Black Legend: French Narratives of Spanish Peru—Opulence, Silver Mining, and the Mita

I learned that the France-Spain rivalry from the 15th and 16th centuries did not end, and French plans against the Spain were always part of French strategies and considerations of King Louis XIII’s successor, Louis XIV, in the 17th century. French spy Acarete and Frézier confirmed the French contribution to the anti-Spaniards Black Legend.

My favorite primary source was Acarete du Biscay, An account of a voyage up the River de la Plata, and thence over land to Peru (London, 1698) because is the only record of a festival that was held in Potosi upon receiving the news of the birth of Prince of Asturias.

Thinking over the whole semester, I really appreciated the opportunity to explore an history area that I am not familiar with and to learn a lot of new things about this topic and time period.