We have forgotten the history behind Lafayette Square 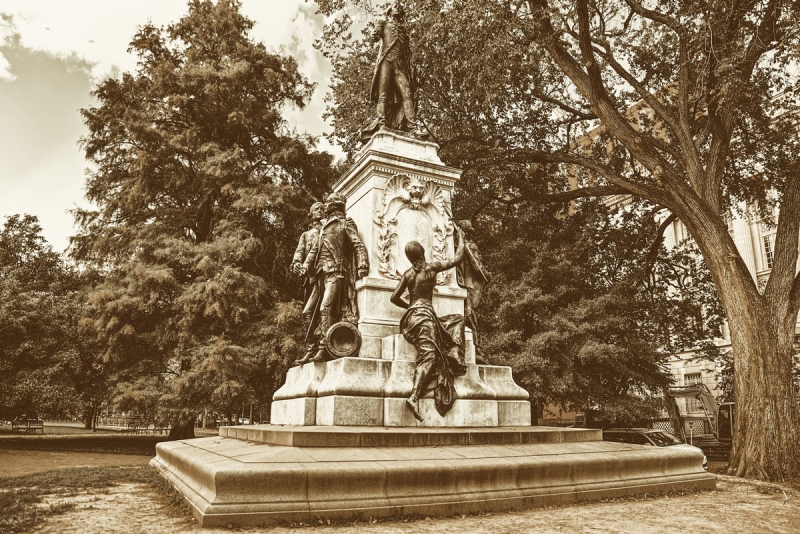 “As a thoroughgoing and philosophically consistent republican, Lafayette believed that every man, regardless of race, was entitled to the freedom the American Revolution had been fought to secure,” writes Aurélia Aubert, incoming visiting assistant professor in a Washington Post op-ed.

“In the United States, Lafayette is remembered for his decisive contributions to the American Revolution, particularly during the Virginia Campaign of 1781, which culminated in the storied Battle of Yorktown. Fans of the blockbuster musical “Hamilton” will be familiar with these parts of Lafayette’s life story. But after helping America win independence, Lafayette went home and became a key supporter of the common people during the French Revolution. His unflagging commitment to the “rights of man” and his knack for transforming popular unrest into lasting political change made him a legend on both sides of the Atlantic — the “hero of two worlds,” as his nickname has it.”

Aurélia Aubert will be a visiting assistant professor at Denison University in the fall. She specializes in 19th c. American and French history. Her work has appeared in The Latin Americanist and Age of Revolutions