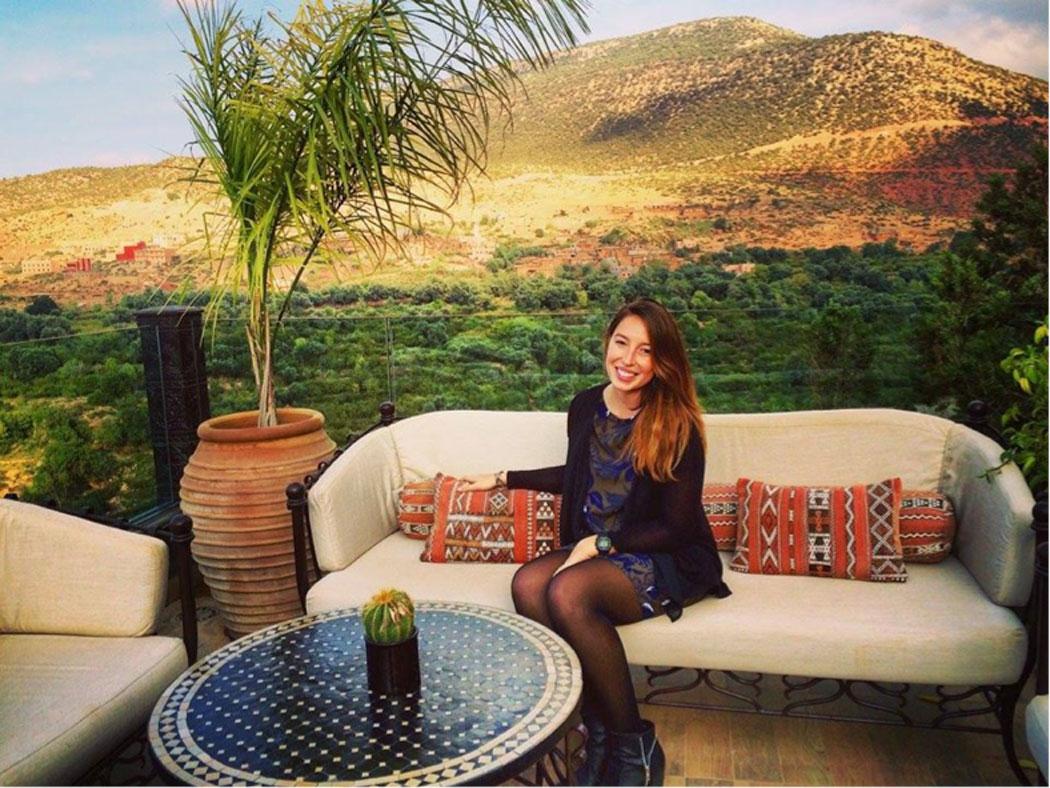 Opportunities often arise in the most unexpected places. For me, this place was a couch in my sister’s apartment, talking to her best friend from college.

Yasmine El Baggari is the founder and CEO of the company Voyaj, and she happens to be from Morocco. When I found out that her company was asked to partner with the 2016 United Nations Climate Conference, COP22, in Marrakech, the gears in my brain started turning furiously. For a little background, COP21 (21st conference of the parties) in Paris, 2015, is where the Paris Climate Agreement was signed. Through the generosity of Yasmine and Voyaj who provided accommodations and activities while in Marrakech, and the incredible opportunities offered by Denison through the Horizon Fund, the Barbara Furin Sloat fund for Women in Science, and Denison’s own Environmental Studies department, my dream of attending an international climate change conference was realized.

Traveling to a new country alone, however, came with difficulties. At first I was incredibly nervous and felt that I didn’t have much to offer, especially because I only knew one person in the entire country; I wondered what I had gotten myself into. I quickly realized that to gain anything from this experience, I would have to push myself to engage with people who were much older, and much more experienced than me. As the “resident student”, I spoke to executives from the World Bank MENA region, Tonga’s government, up and coming environmental tech companies, and ocean conservationists. I shared a meal with individuals from over 30 different countries in the Moroccan home of Richard Branson, and even got to see Akon speak on a panel about his electric and solar energy project, Lighting Africa!

“…I will continue to work internationally on protecting our oceans, protecting communities affected by climate change, and fostering worldwide environmental stewardship.”

Most notably, I was introduced to an amazing Dallas-based ocean conservationist and artist, Jeremy McKane. His work with technology and art that brings the ocean to non-coastal communities combined with my longtime dream of bringing people to the ocean led to brainstorming, professional networking, and most importantly, long term friendship.

Attending this conference taught me how to network with incredibly influential people: a skill that I am only now grasping the importance of having. It also gave me a thirst for travel and the confidence to chase jobs that seem out of reach. Now, as a graduate of Denison, I am moving to the Bahamas to work as an environmental educator for a Columbus-based environmental nonprofit. The connections I made in Morocco last fall will stay with me for the rest of my life, and I will continue to work internationally on protecting our oceans, protecting communities affected by climate change, and fostering worldwide environmental stewardship. For the time being, that means living on a Caribbean island … and for that, I am eternally grateful!