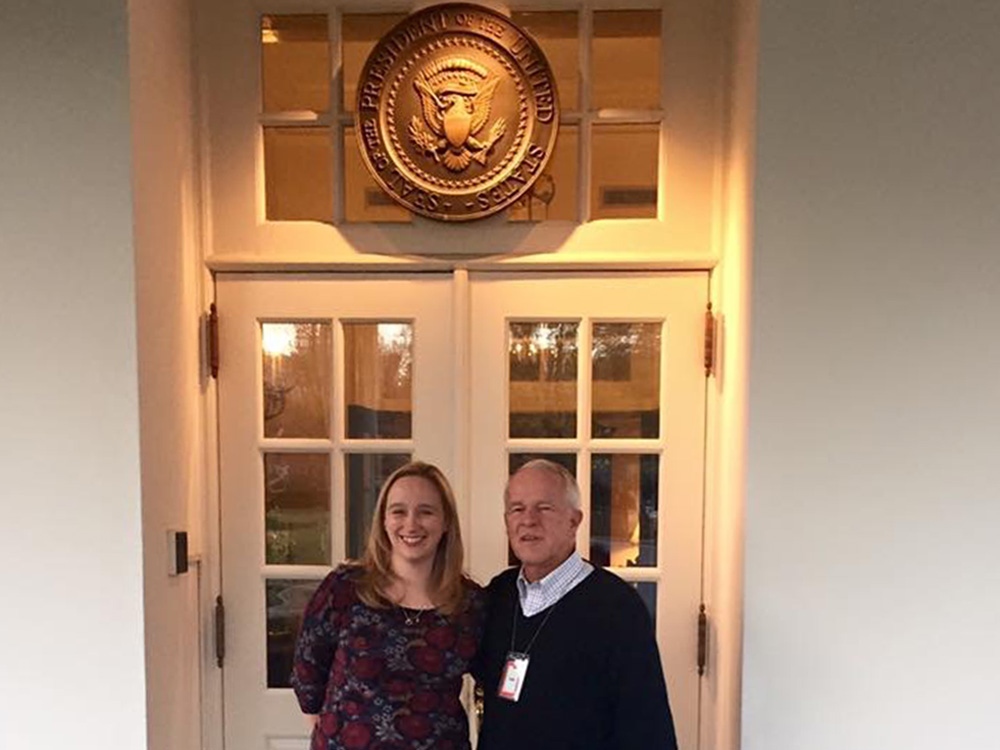 While she was working on the Council of Economic Advisers in the Obama administration two years ago, Claudia Foster Sahm ’98 hosted her former Denison University economics professor, Dick Lucier, for a tour of the White House.

For Sahm, a section chief at the Federal Reserve Board, it was a bit like a dream come true: In her undergraduate macroeconomics course, Lucier had students role-play as Council of Economic Advisors, tracking news about the economy and reporting their findings to the president.

“Denison really made that connection,” says Sahm. “I had that realistic impression of being an economist — way before I knew what the Fed was or thought I would want to work in monetary policy.”

But in her more than a decade of working as an economist at the Fed, Sahm has seen the field struggle with diversity — and suffer from that deficit. “It's not just that we need more women and minorities in economics,” says Sahm. “We also need people who are first-generation college students and from a range of socioeconomic backgrounds.”

She offers the example of the recession, which caught many by surprise. How could such a talented group of economists miss the warning signs? One contributing factor, she thinks, may have been the lack of varied backgrounds.

“I do think that we had some blind spots,” she says. “And I’ve found when you’re in a group and you have people from different perspectives and different backgrounds, blind spots get called out a lot more.”

On February 22, Sahm will be speaking on — among other things — the lack of women in economics at the Women in Economics Symposium, which was organized by the Federal Reserve Bank of St. Louis for female undergraduate econ majors.

“Women have become a majority of undergraduates in general. But, in economics, they’re more like a third of the students — and that's been pretty stable in recent decades,” she says. “The economics profession is finally coming around to the idea that this might be a problem.”

Sahm also has discussed issues of gender diversity on her personal blog, Macromom, and in social media. She’s excited to share her message with a group of engaged students at the forum.

“Having spent a lot of time kind of pointing out what a big problem econ has,” says Sahm, “it will be nice to sit down with the next generation — the ones who are going to help solve the problem.”