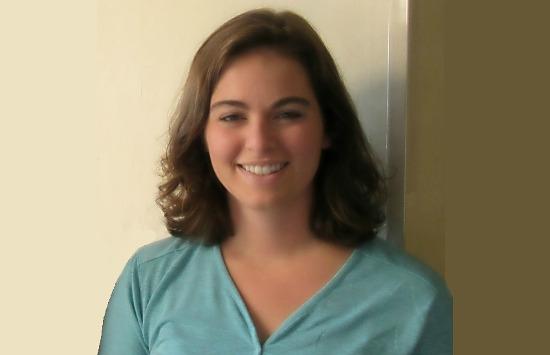 More than 17,000 of the nation's top STEM graduates applied for this year's award and only 2,000 were selected from this already elite group. The award recognizes Taylor as one of the top students entering graduate studies next year. From the NSF website:

“The Graduate Research Fellowship Program is a vital part of our efforts to foster and promote excellence in U.S. science, technology, engineering and mathematics by recognizing talent broadly from across the Nation,” said Joan Ferrini-Mundy, NSF assistant director for Education and Human Resources. “These awards are provided to individuals who have demonstrated their potential for significant research achievements, and they are investments that will help propel this country's future innovations and economic growth.”

Taylor is currently choosing from a handful of top PhD programs in Computer Science where she intends to study human robotic interaction and artificial intelligence.

Taylor's four research experiences were vital in helping her secure the fellowship. After just her first year on campus, Taylor spent a summer in a lab with a robotic arm using machine learning algorithms to detect and locate various objects to retrieve. In her next summer on campus, Taylor received a second Anderson scholarship to study regret minimization algorithms — processes that may be used, for example, to present Amazon customers products that match their interest from the vast stock. During Taylor's third summer, she received an REU award (research in undergraduate experience) to study in a robotics lab at Georgia Tech building human interfaces with a robot. In Taylor's senior year, she is studying the application of reinforcement learning algorithms to a restaurant hostess problem: deciding which parties to sit at which tables and in which order at a busy restaurant.

Department Chair and Professor Lew Ludwig explains “Undergraduate research is a hallmark of the Denison experience. It gives our students a chance to work one on one with faculty members to solve unanswered questions, thus contributing to the larger knowledge set of mathematics and computer science. Participating in an undergraduate research project is highly regarded by employers and graduate programs.”

Hats off to Taylor, and we wish her luck in her graduate studies next year!