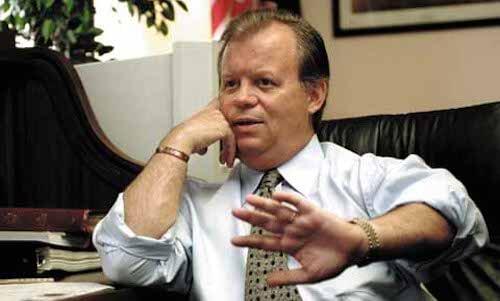 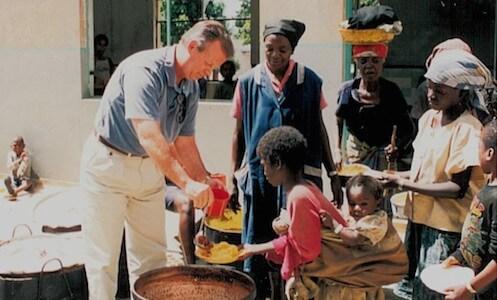 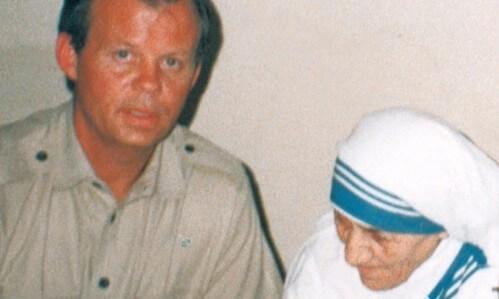 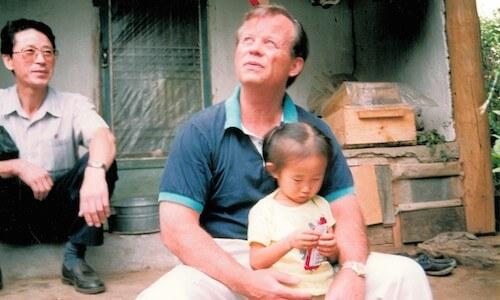 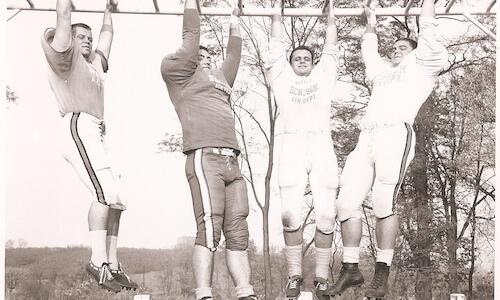 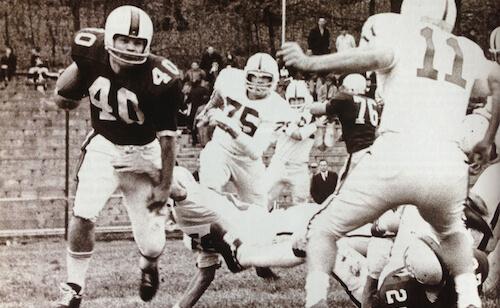 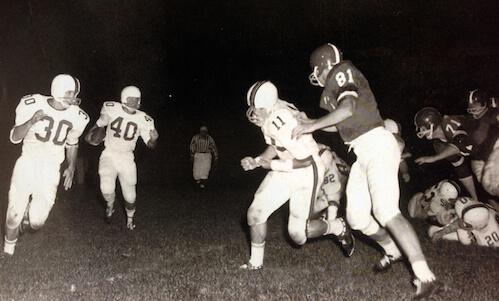 Tony P. Hall ’64 was a self-described introvert when he arrived on campus in 1960 — so much so that he abhorred the thought of standing up in front of as few as 10 classmates to give a talk in his public speaking classes.

Although his career path would take him places he couldn’t imagine — namely as a global force for 35 years in the mission to feed the world’s hungry — Hall said his communication major was a key start.

Eventually he would use those skills, while he served as an Ohio Congressman and as Ambassador to the United Nations Agencies for Food and Agriculture, to persuade top officials here and abroad about the urgency of addressing the challenges of hunger and poverty.

Hall's efforts, including a 22-day hunger strike in 1993, have been so impactful and respected that he was nominated three times for the Nobel Peace Prize.

After chairing the House Select Committee on Hunger and serving on the Democratic Caucus Task Force on Hunger, President George W. Bush appointed him as Ambassador to the United Nations Agencies for Food and Agriculture, serving from 2002 to 2005.

Upon retirement from the diplomatic realm, Hall was named executive director of the Alliance to End Hunger, and he’s now the organization’s emeritus director, continuing fight against hunger both globally and locally.

“The one thing about Tony is he’s very humble about his role in these efforts,” said life-long friend and Denison classmate Neal Zimmers ’64. “I believe he sees this as a hugely important, international problem and his role is to play a small part in it. But I think he’s playing a major role in it. That’s why he’s been nominated for the Nobel Peace Prize three times.”

His college experience provided some basic lessons not only in communication, but also in team play as a tailback on the football team. (Hall is No. 40 in the photos.)

“That was extremely helpful to me too, working as a team player and toward a common goal,” he said. “Denison got me to start to think about the philosophy of life. We have a tendency in college or high school to be into ourselves. Denison helped me to think about what life is.”

Zimmers, a football teammate of Hall’s, said it wasn’t apparent where Hall was headed in terms of career, but Zimmers recalls him being a “very focused and committed person.”

That was in evidence, Zimmers said, in the last game of one outstanding Big Red season when Hall played with a broken tailbone that eventually required surgery.

Hall developed his skills in communication and teamwork at Denison.

“He played the whole game and made spectacular plays in the fourth quarter that enabled Denison to come from behind and beat Ohio Wesleyan,” Zimmer said. “He played in extraordinary pain. That was indicative to his commitment to what he does.” Hall was eventually named as a Little All-American in 1962 (This was prior to NCAA Division III).

Following graduation Hall learned even more about life, beginning as a Peace Corps volunteer, where he taught English in Thailand in 1966 and 1967.

“Just that experience of living among the poor made me more aware of people and what was going on in the world,” Hall said. “Teaching the language, eating the same food they eat — it really opened my eyes.”

After election to the Ohio Statehouse representing a Dayton area district, Hall was elected to the U.S. House of Representatives in 1978 where he was appointed to the Select Committee on Hunger. He chaired the panel from 1989 to 1993.

A Congressional trip to famine-plagued Ethiopia during the mid 1980s crystalized Hall’s commitment to fight hunger.

“One morning I was visiting a clinic run by Mother Theresa. There were a lot of people there – at least 10,000,” he said. Some of them had walked 100 miles to be there, and were dehydrated.

“They began to die right in front of my eyes. I couldn’t believe it. I saw children die in a matter of a few minutes,” he said, admitting to putting on sunglasses to hide his tears. “I was stunned. I was just taken aback.”

“For the next three days, this is what I saw – death.”

On the plane ride home, Hall said he decided this would be his life's work — battling hunger and working on humanitarian concerns.

But it was his hunger strike — a protest against the elimination of the House Hunger Committee — that brought Hall the attention he really needed.

Hall remembers telling Congressional leaders, “You’re eliminating the only committee that deals with the issue.” He committed to fasting until something good happened and “to see what God wanted.”

“I knew I wasn’t going to get the committee back, but I was mad at Congress.”

And a good thing did happen. As a result of the global publicity on his fast and participation by 200 universities, a $100 million commitment from the World Bank to help fight hunger.

“It’s the most powerful thing I’ve ever done,” he said. “The money was committed to women in third world nations to help them start their own businesses. There was a lot of good that came out of it.”

“Part of what interests me about Tony is the ways in which his religion shapes his action in the public sphere,” said David Woodyard, professor of religion, “and unlike so many, he does it right.”

Hall believes that progress in reducing hunger has been significant.

“The number of hungry people is decreasing in the world. The programs we are initiating over the past 20 years are actually working — micro financing, schooling, clean water, mothers learning to read and write,” he said. “These things really work.”

Here at home, there are startling statistics as well, he said.

“Forty-eight million in our country are hungry right now, but not like in Sudan. Here, people are going to bed two or three nights every month without eating. They’re mostly women and children and senior citizens.”

As emeritus director of The Alliance to End Hunger, Hall is still involved in places like Ghana, Uganda, Tanzania, Zambia and Guatemala, helping to build civil societies to help countries to help themselves.

“What happens oftentimes in developing nations is that the only really solid organization that exists is the governments themselves,” he said. “They don’t have a lot of nonprofits.”

In Ghana, he said for example, assistance is being offered to establish farming organizations to teach better agricultural practices and providing feed and fertilizers.

Hall relies on Mother Theresa’s advice on how Americans can help eradicate hunger in their own communities.

“Her word to me was, ‘do the thing in front of you,’” he said, whether it be at church or synagogue, or for a next-door neighbor. “Take care of them. If you have a food bank that needs food, give them food.”

“Dayton, Ohio, is the fourth hungriest city in the country,” he said, and the only Ohio city in the top 25 nationally. “As a result of losing 40,000 manufacturing jobs in the last 15 years, people are either not working or they’re just under-employed. They find themselves three to four days out of every month going to food pantries.”

With funding from the Eichelberger Foundation in Dayton, for which Zimmers is a director, money has been granted to the Hall Hunger Initiative, which is working with The United Way and Montgomery County to bring people together to solve challenges such as grocery food deserts in neighborhoods.

“Tony came to us with this initiative,” Zimmers said. “With his involvement we felt we should support it. It gave him the necessary funding to move forward.”

“Since I was born there and it’s my home, I feel very challenged and I want to do this work,” Hall said.

“If Tony doesn’t do it, it doesn’t get done,” Zimmers said.

Higley Hall
Higley Hall is home to the departments of Communication and Economics, the First-Year Office, and the Academic Resource Center.