Ginny Sharkey ’83
Cinema | Fellowships & Student Research | Study Abroad
Alex Lopez '19 has been filming in Rwanda over the past two summers, telling the story of a young man with HIV.

Cinema and communication major Alexis Lopez ’19 wants to be a producer and make documentary films. The Summer Scholars program gave him an ideal opportunity to practice what he’s wanted to do all along.

Lopez is creating a documentary about Rwanda’s holistic approach to treating the HIV/AIDS epidemic through the eyes of a Rwandan born with HIV.

Nshimiyimana Jean Claude, now 26, contracted the virus from his mother. She died in 2003. Besides a younger sibling, whom he has cared for the past several years, nearly all of Jean Claude’s family were decimated by the disease after the Rwandan genocide. Jean Claude didn’t find out he had HIV until 2007, when he was 15.

Lopez wants to tell Jean Claude’s story to inspire others with HIV to talk about the disease, to create a supportive community and, mostly, to just keep living.

“After the genocide, there was no medicine, no government, and no country,” Lopez explains. “There were only three doctors in the entire country to cope with the crisis.”

“We weren’t yet at the point where we are now, where you can take medications and manage the disease. Back then, it was much harder and a lot more expensive. The film focuses on Jean Claude’s story, but it’s also very telling of Rwanda’s success in combating HIV.”

Lopez met Jean Claude through WE-ACTx for Hope, an international organization that provides testing, nutritional support, counseling, and support groups for women and children with HIV.

“It’s taught me to reflect on myself and to really think about my path.”

Lopez first traveled to Rwanda as a volunteer with WE-ACTx after high school. By the time he hit Denison, he was doing PR work for the organization, heading back to Rwanda during the summer to create a video for them. Lopez was introduced to Jean Claude soon after, and the two became close. The film started off as an idea during Lopez’s sophomore year with Dave Bussan ’81, professor of cinema and Lopez’s advisor.

In his junior summer, Lopez traveled to Rwanda by himself for pre-production work, scouting locations and making contacts.

“That was a whole new experience because I was organizing the flights, my driver, the hotel, all the logistics, my VISA, figuring out where to go eat by myself,” Lopez says. “There were lots of times when I doubted myself, thinking ‘how am I going to make this film on a different continent as a college student?’ But it was a good experience because it helped me grow and learn about the culture and be ready for this past summer to go and make the film.”

This summer, he brought his brother, a cinematographer, on board to help make the film possible. They were in Rwanda most of June, filming Jean Claude’s story, interviewing people who’ve impacted his life and helped him along the way. Jean Claude attends university now and eventually wants to open his own yoga studio.

“The project itself confirmed my hopes of becoming a producer, Lopez says. “It’s definitely closer to what a real job would feel like, all the while still asking questions and always trying to find a new approach to things. This was a chance to get a glimpse of that outside of the classroom, but also applying everything I’ve learned at Denison into an experience.”

“It’s taught me to reflect on myself and to really think about my path. There are so many stories to tell and I want to be able to share them with the skills I have. Making this film happen has been a dream come true for me.”

Lopez’ documentary will premiere at Denison in the spring of 2019. 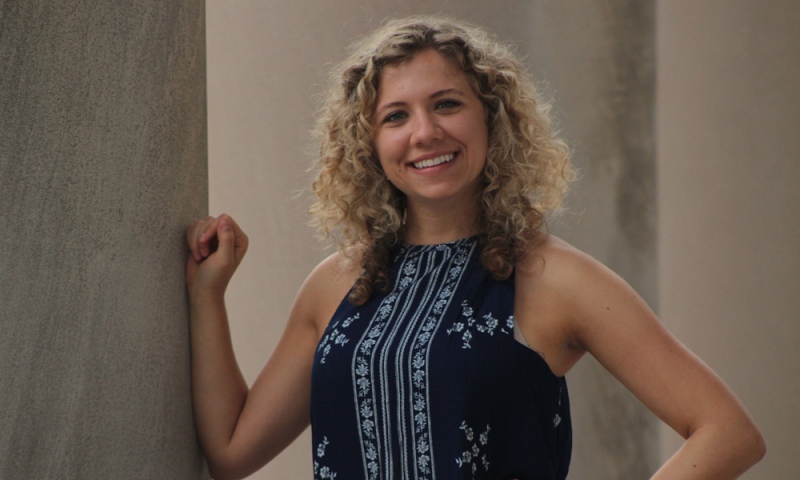 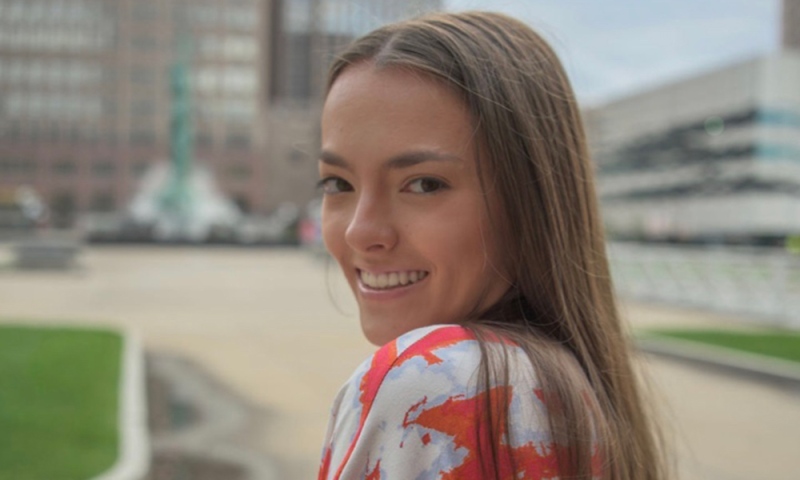