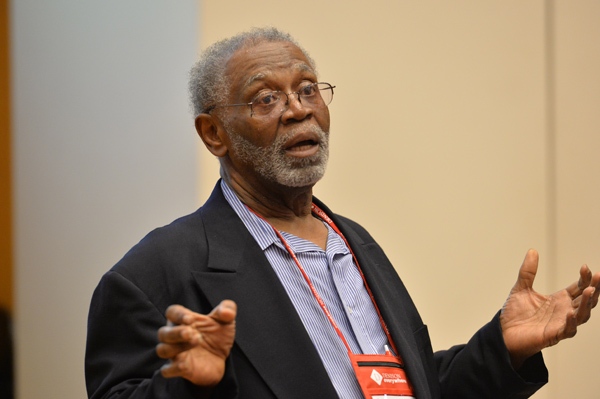 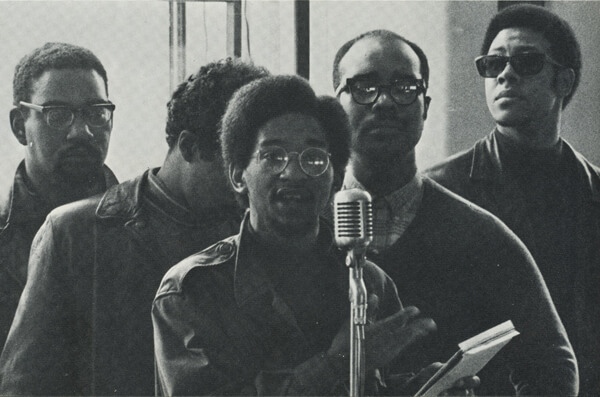 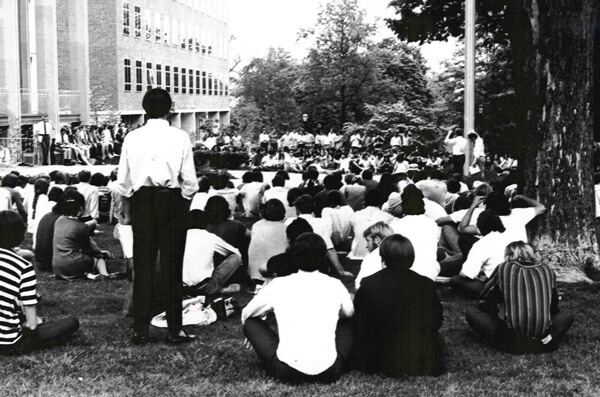 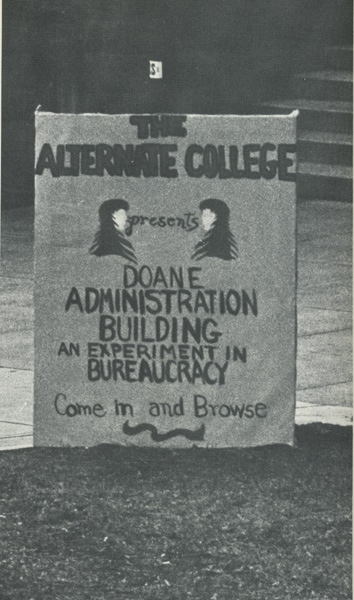 It was early spring of 1970, and America was in upheaval. The country was long into the Vietnam War, working its way through Civil Rights Act legislation, and still mourning the deaths of Martin Luther King, Jr. and John F. Kennedy. It was a time for change, and the 12 black students on Denison’s campus decided to act.

The newly formed Black Student Union sent the administration a dozen demands, including requests for more staff and students of color, an Afro-American Studies department to teach history from a different perspective, and a commitment across campus for equality. The administration flatly rejected all demands, resulting in a stand-off with the group and those who supported them.

As a way of provoking the trustees to come to campus and break the stalemate, 32 members of the faculty signed a document to say they would boycott their regular teaching schedules. They organized teach-ins while students organized meetings and sit-ins to strategize.

The majority white student body stood in support of their African American classmates. They had grown up in the era of Selma’s Bloody Sunday, the Watts Riots in L.A., and Freedom Rides through the South, and 1,100 students signed a petition saying that they agreed with the BSU’s 12 demands.

During Reunion this past weekend, members of this group and other alumni gathered to remember their shared history.

Henry Durand ’70, the first chief minister of the Black Student Union, led the conversation. As he told the story of how the definitions of race change on campus, he pointed to former classmates, teammates, and professors in the crowd. They reminisced together about the energy on campus, the sit-in at the student union, the weeklong strike from classes, the alternative college setup by faculty in support of their cause, and how the board eventually changed their verdict.

To Durand, who went on to work in higher education, the events of those years came second only to the people who made them happen. And these people are what make Denison special.

“There were only 12 students of color. In order to make these changes we needed white student support. I don’t know if other places had that support,” he concluded. “In other places, the change largely happened because of a large group of African American students. I can’t come up with a reason why we were able to get that much support. To me, there is a lesson in that, and I think that says a lot more about the character of Denison than anything else.”