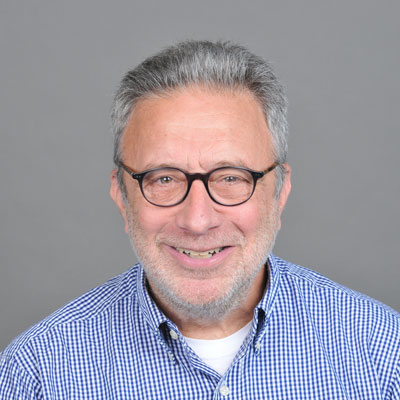 Mitchell Snay teaches courses in American history from the colonial period through Reconstruction. These classes include the first half of the introductory survey course in U.S. History, historiographical seminars on Puritan New England and Southern history, and upper level courses on the Jeffersonian, Jacksonian, and Civil War eras.

A Chicago native, Snay was educated at the University of Michigan and Brandeis University, where he received his Ph.D. in the History of American civilization. Before coming to Denison in 1986, Snay was a Lecturer in History and Literature at Harvard University. His research and writing focuses on the political and intellectual history of the United States between 1815 and 1877. He is the author of three books: Gospel of Disunion: Religion and Separatism in the Antebellum South (Cambridge: Cambridge University Press, 1993), Fenians, Freedmen, and Southern Whites: Race and Nationality in the Era of Reconstruction (Baton Rouge: Louisiana State University Press, 2007), and forthcoming in August 2011 Horace Greeley and the Politics of Reform in Nineteenth-Century America (Rowman & Littlefield). He is also the co-editor of Religion and the Antebellum Debate over Slavery (Athens: University of Georgia Press, 1998). Dr. Snay has published numerous articles and reviews on nineteenth-century American history