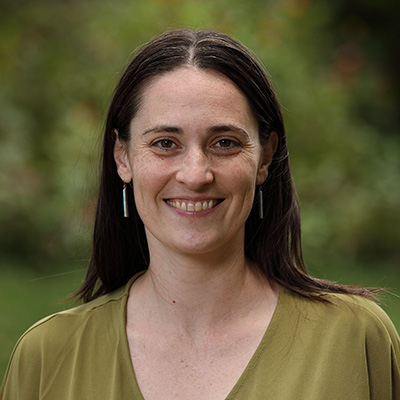 Mary Beaton began teaching at Denison in 2017. She earned her doctorate in Hispanic Linguistics from the Ohio State University in 2015. She researches the interactions between social categories and phonetics (i.e. people’s accents). She is particularly interested in variation in language between stigmatized and prestige linguistic forms. Her work focuses mainly on Spanish in the United States, including Puerto Rico. She is currently studying the Spanish spoken by Puerto Rican communities in Lorain, Ohio. She teaches courses at Denison across the Spanish curriculum from beginning language to advanced courses focusing on linguistic analysis.

Sociolinguistics, phonetics, phonology - how people produce and perceive speech sounds. Focus on Spanish in the Caribbean and the United States.