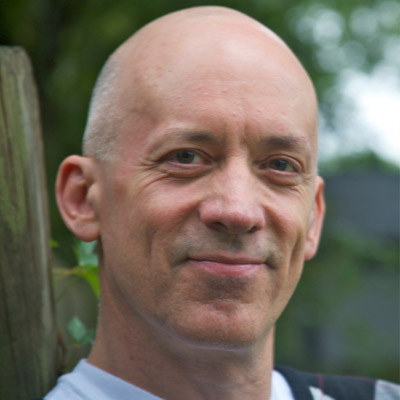 David Nesmith had his first Alexander Technique lesson on April Fools’ Day, 1995. He immediately experienced the benefits of practicing The Alexander Technique and decided to immerse himself in what would become a tremendous transformation. “I can change” became the mantra that propelled David from a realm of harmful habit and discomfort to one of discovery and expansiveness.

David’s musical career has developed in leaps and bounds along with his focus on applying The Alexander Technique for performance enhancement and injury prevention. He served for 10 years as Principal horn of the Cleveland Chamber Symphony and has performed with numerous other symphonies. He has been a member of the Cathedral Brass Ensemble (Columbus) since 1990, the West Virginia Symphony since 1985, and has performed with the New Hampshire Music Festival each summer since 1996.

In 2003, after years assimilating wisdom from some of the greatest teachers of The Alexander Technique, David experienced a fundamental shift, feeling free more often than tense. His breath has slowed and deepened and he stands taller. Now a certified Alexander Technique instructor since 2001, he teaches at Denison University and enjoys a private practice in Columbus, Ohio. David continues to explore deeper layers of emotional and intellectual intuition, reassessing the nature and impact of our habitual gestural repertoires.

A licensed member of Andover Educators, he teaches the course What Every Musician Needs to Know about the Body to musicians around the country. He has presented at many conferences and written several articles on The Alexander Technique and Body Mapping. David is also a practitioner member of the All Life Center for Integrative Well Being (Delaware, Ohio).

David is the author of The Breathing Book for Horn and creator of Constructive Rest: The Audio Guide Series, a carefully prepared collection of mp3 downloads, apps, and CD’s incorporating The Eight Primary Intentions of Constructive Rest. These audio guides are available on iTunes®, CDBaby™, the App Store℠, Google Play™, and ConstructiveRest.com.

David considers becoming at ease with himself to be his greatest accomplishment. Whether he is teaching, creating, exploring or at rest, David is engaged in the moment. He is an enthusiastic musician, hiker, and salsa dancer, and truly appreciates getting to know people. His passion for sharing The Alexander Technique takes him all over the world, teaching and participating in workshops.

David’s students thrive in the honest and supportive atmosphere he creates. Being at ease with himself translates as a gentle, confident invitation to rest in authenticity. It becomes clear he trusts that each student, in whatever state they arrive, is capable of achieving great things.