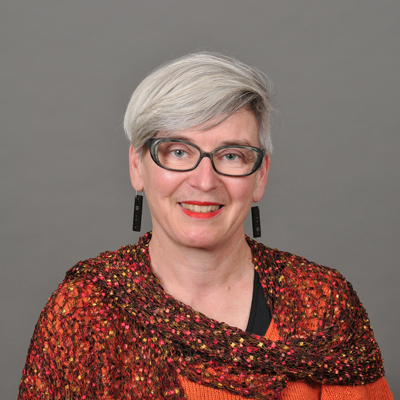 Barbara Fultner, Professor of Philosophy and Women’s and Gender Studies, joined the faculty at Denison in 1995. She earned a B.A. from Simon Fraser University, an M.A. from McGill University and a Ph.D. from Northwestern University. Her research interests lie at the intersection of philosophy of language and mind, social philosophy, feminist philosophy, and critical theory. She is especially interested in questions of intersubjectivity, embodiment, normativity, and social practices. Her current project focuses on feminist social ontology. She is the editor of Jürgen Habermas: Key Concepts (Acumen, 2011) and translator of Jürgen Habermas’s Truth and Justification (MIT Press, 2003). She teaches courses in philosophy of language, the history of modern philosophy, philosophy of mind, and philosophy of feminism among others. She served as chair of the department from 2004-2008 and as Director of the Women’s and Gender Studies Program from 2011-2015.

Dr. Fultner was a fellow at the University of Connecticut Humanities Institute in 2008-2009 and is a visiting fellow at the Goethe Universität in Frankfurt, Germany, in 2015-16. She is a recipient of Denison’s Feminist Teaching Award (2000) and was recently awarded two “New Directions Initiative” grants by the GLCA to pursue yoga teacher training as part of her research on embodiment, practice, and intersubjectivity.

Dr. Fultner's research interests lie at the cross-roads of analytic and continental philosophy, with a focus on theories of meaning and social practice. She is interested in the nature of normativity and its relationship to the social aspects of language. In her recent work, she has been examining the connections between semantic normativity and the development of inter-subjectivity in early childhood as well as the relationship between convention and creativity in dialogue. She also has strong interests in feminist philosophy. Her articles have appeared in journals including Philosophical Studies, Philosophy and Social Criticism, and The International Journal of Philosophical Studies and in several edited collections. She is translator of Jürgen Habermas Truth and Justification (MIT Press 2003) and his On the Pragmatics of Social Interaction (MIT Press 2000). She is the editor of Habermas: Key Concepts (Acumen 2011).