Professor honored for teaching and service to community

Denison University honored an outstanding professor with the prestigious Charles A. Brickman Distinguished Leadership Chair at the college’s Academic Awards Convocation held on Friday, April 14, in Swasey Chapel. Gary Baker, professor of modern languages, was honored with the chair, which is given to a member of the faculty who models accomplished teaching, concern for students, and exemplary service to the community.

Introducing Professor Baker, President Adam Weinberg noted, “Much of Denison’s strength derives from the vitality of its faculty and from the fact that faculty have traditionally defined their teaching role in the comprehensive sense. In addition to teaching and advising, the best Denison faculty members have contributed to the University in a variety of other ways. Gary Baker is well known for his continuous service to the college as chair of the faculty; chair of University Council; as a member of the President’s Advisory Board; as a member of almost every governance committee on campus, including Finance, Selections & Elections, Student Enrollment & Retention, Assessment, Reaccreditation, and the General Education Task Force; as an advisor to student organizations; as an engaged and dedicated teacher; and as chair of two departments – Modern Languages and International Studies. Gary is trusted as a tireless mentor to students and colleagues alike, as indicated by his multiple nominations for this recognition.”

Baker joined the Denison faculty in 1989. A professor of German, Baker also teaches in the International Studies Program. His current interests include German culture and literature of the post-war period, as well as language study and technology. Baker holds a Bachelor of Arts from Juniata College, a Master of Arts from Pennsylvania State University and a doctorate from University of Minnesota. 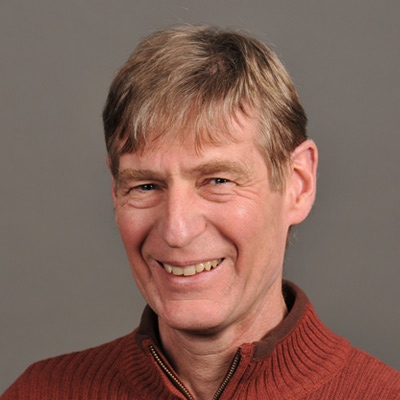