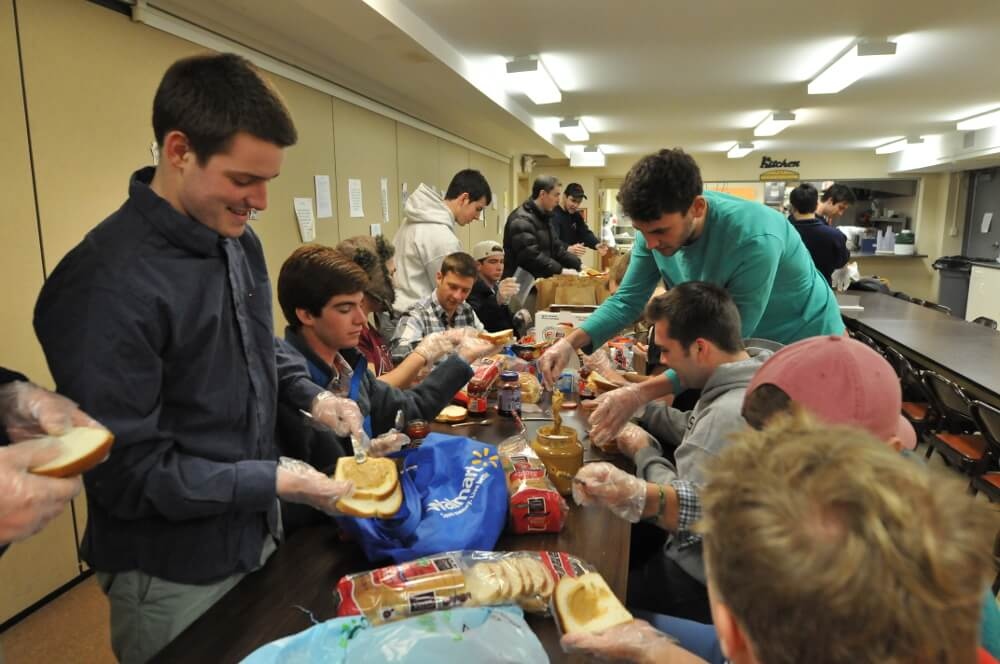 Denison University’s commitment to civic engagement has been recognized by the National Conference on Citizenship in the 2016 Ohio Civic Health Index Report, coauthored by the Center for Civic Engagement at Miami University. Denison students were recognized for their high levels of volunteer service to their community. Eighty-six percent of Denison students did some form of service last year and contributed close to 45,000 hours of service.

Denison students were profiled in a report about their work with the National Food Recovery Network, which Denison joined as the first Ohio school in 2013. Student volunteers collect prepared, unserved food and deliver it to agencies which serve local residents in need. Under student leadership, the program has grown from a schedule of two monthly food pickups from one dining hall, to 14 pickups, seven days a week, from two dining halls. Since 2013, more than 28,000 pounds of food have been saved and donated. The report noted that “The program promotes active citizenship, community participation and teamwork, as well as awareness of food waste, hunger and environmental issues.”

“Education at Denison addresses the whole person and prepares them for a lifetime of professional and personal success,” said Gina Dow, coordinator of the Alford Center for Service Learning. “A thorough understanding of academic theory gives our students a terrific grounding that translates into practical civic engagement in our society. Our students’ work in the community is extensive and varied – from working as Hospice volunteers, to preparing income tax returns for low-income families, to being a Lunch Buddy through Big Brothers/Big Sisters for over 150 local children, to recovering over 6,000 pounds of food from the dining hall this year alone – our students are dedicated, thoughtful and energetic.”

Denison has been acknowledged every year since 2009 for its support of community service programs as a member of the President’s Higher Education Community Service Honor for several years.