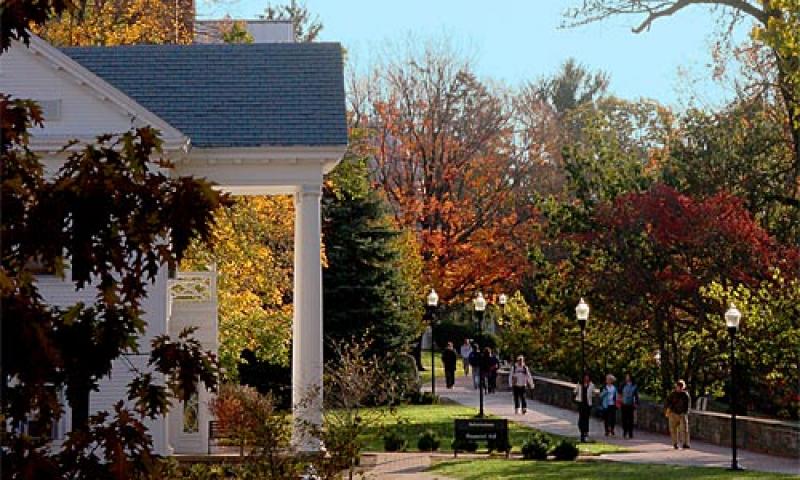 Many recent writings, including articles in the New York Times and Forbes, confirm that graduating with a liberal arts degree is one of the most reliable and rewarding paths to personal, professional and civic success.

Denison continues to be included among the elite colleges in the country in the top tier of the most respected rankings, reviews and guidebooks. One of the most compelling reasons for Denison’s superior ranking is its emphasis on faculty mentorship. A 21st century curriculum filled with classes in which faculty personally challenge their students to be autonomous critical thinkers and problem solvers often includes independent research and one-on-one work with a professor. Also noted by the media reviews are Denison’s extensive global learning opportunities on other continents, as well as myriad meaningful co-curricular experiences on campus. In addition, Denison’s commitment to accessibility and affordability for highly qualified students from all socioeconomic and cultural backgrounds, and its substantial support of graduates as they launch into the professions, are consistently recognized as exemplary.

Princeton Review and Forbes are among the most recent that give Denison high marks on their lists of top colleges again this year.

Princeton Review places Denison in their new book, “The Best 380 Colleges: 2016 Edition.” In its review, which is created by surveying 136,000 students and analyzing massive amounts of empirical data, the Princeton Review notes that, “Denison offers a campus filled with ‘continuous construction of new facilities,’ including academic, residential, and recreational spaces, where ‘students have diverse opportunities to explore their talents and improve their skills through campus jobs, clubs, internships, and the election of double majors and minors that don’t necessarily fit together.’” Along with placing Denison on its list of the nation’s “Best Colleges,” the Princeton Review also includes the college on its more specific ranking of “Colleges That Pay You Back,” which uses measures of the quality of the education in relation to generous financial aid; and on its list of top “Green Colleges,” which celebrates the leading schools that “offer and enhanced student experience through academics and green campus initiatives.”

In its annual college rankings Forbes rates America’s Top Colleges according to “output.” As Caroline Howard notes in her article about the metrics for the rankings, “Our sights are set directly on ROI: What are students getting out of college?” It weighs factors including student satisfaction, post-graduate success and student debt. Forbes gives Denison a financial grade of A, and places the college among the best in the nation, and more specifically, as one of the leading private colleges in the U.S. It also is placed highly on the “Grateful Grads” ranking which rates colleges based on loyal and generous graduates who donate financial contributions to their college.

In addition, Forbes recently added a more focused ranking of “America’s Most Entrepreneurial Colleges.” Denison again is listed among the best colleges in the nation that are “reinventing themselves as modern-day startup incubators.” The ranking recognizes an institution’s entrepreneurial outcomes by analyzing its alumni and students who are founders and owners of successful businesses and other enterprises.

Learn more about Denison’s reputation as a leader among the nation’s top colleges and universities by visiting “Rankings and Reviews.”