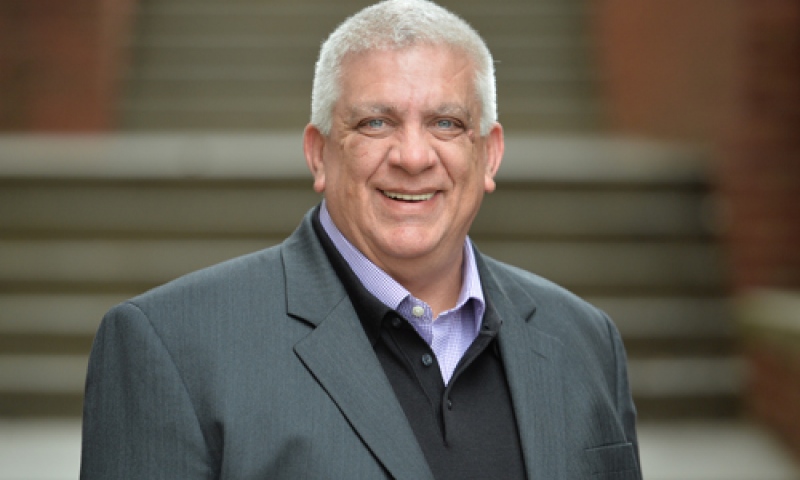 Denison University’s Office of Student Development announces that Richard T. Berman has accepted the position of Director of Career Exploration and Development. Berman currently serves as director of the Career Center at Oberlin College and will transition into his new role over the course of the spring semester. He will be fully on board by Monday, June 1.

Berman comes to Denison with 32 years of experience as a leader in career development and experiential education, having led career centers at four liberal arts institutions: Oberlin, Carleton, Kalamazoo and Beloit. As the director of Career Exploration and Development at Denison, Berman will build on that experience as he develops even more effective programming, strengthens alumni involvement, and spearheads innovative approaches to student and faculty engagement.

“Richard is deeply grounded in the unique educational experience of liberal arts institutions. His depth of experience leads to truly innovative thinking about how we enable students to shine in professional life after college,” said Laurel Kennedy, vice president for student development. “We want to represent the gold standard in supporting students’ transition to post-collegiate life. Richard is deeply committed to increasing student agency and helping students take ownership of their own careers and lives. We are very excited to see how Richard’s talents and experience will help us re-think all aspects of career exploration and development. We look forward to his leadership.”

“Beginning in 2005, then amplified by the Great Recession that began in 2007, every four-year undergraduate college and university brought a critical lens to re-calibrating their approaches to careers support for their students and graduates in the 21st century,” said Berman. “Change can be slow in higher education, and the early success stories are found among those colleges taking bold approaches. I am certain that with the leadership of President Weinberg, Denison’s trustees, faculty, staff, alumni and my student colleagues on the Hill, we all will be bold together in building a careers support model that really works.”

Professionally, Berman participates in a thought leaders’ consortium on career support and liberal arts colleges, the “And Group,” which includes his counterparts at Amherst, Pomona, Colgate, Franklin & Marshall, Grinnell, St. Olaf and Lake Forest. Throughout his career, Berman has brought a critical lens to the work of career centers, which has enabled him to develop fresh and innovative approaches. Berman’s experiential learning model at Kalamazoo College, Discovery Externship Program, earned recognition by U.S. News & World Report’s “America’s Best Colleges” rankings as a “program that really works” and by the National Society for Experiential Education, receiving the “Experiential Learning Program of the Year” award in 2004. A variety of programs he conceived within the unconventional transformation of Carleton’s career center remain in force and have been featured in the “New York Times,” “Christian Science Monitor” and “Financial Times.” At Oberlin, Berman launched “The Possibility Project,” focusing on small teams of first-year and sophomore students supporting one another as they build individual self-confidence, presentation and career assertiveness skills. In 2010, he organized the “Many College Think Tank” on the future of career centers in the liberal arts, and he has been an invited presenter at several AAC&U events.

Granville Inn
Built in 1924, the Granville Inn is a mainstay in the village. It boasts state-of-the-art guest rooms, meeting spaces, dining and a ballroom.