To say that Denison University Professor Peter Grandbois defies labels is a bit of an understatement. In addition to his rank as a champion fencer, Grandbois is a genre-spanning author. His two most recent volumes are books of poetry. They add to his collection of award-winning published works, which include novels, memoirs, science fiction, short stories, and poetry.

“Last Night I Aged a Hundred Years” is a Snyder Prize-winning volume from Ashland Poetry Press. The book is inspired by Washington Irving’s “Rip Van Winkle,” only instead of waking up twenty years later to a vastly different world as the title character does, the poems in Grandbois’ collection explore the inner changes — physical, spiritual, and mental — that occur as we age. “Peter Grandbois’ Last Night I Aged One Hundred Years takes us on a wingéd journey beyond ourselves to the very lip of being, where identities blend and dissolve in their quest to ‘lose the small in me.’” — Phil Brady, author of The Elsewhere: New & Selected Poems

“Everything Has Become Birds” is a result of research on the history of mental illness and specifically how the mentally ill are denied a voice. Grandbois researched mental illness from antiquity to modernity during his most recent sabbatical and discovered many famous people who’d suffered from mental illness but who were not allowed to speak of their illness. This poetry collection is an attempt to give them a voice.

“Like a lush, inescapable fever dream, Peter Grandbois’ haunting new collection, Everything Has Become Birds, paints an intimate portrait of uncertainty and madness as heard through the open-throated song of nature and of religious iconography.” —John Sibley Williams, author of As One Fire Consumes Another 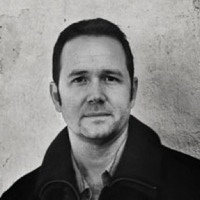