For the fourth consecutive year, Denison University has been named a Fulbright Top Producing Institution. Denison students are well-prepared to thrive as Fulbright awardees as a result of the college’s rigorous academics, significant research and internship opportunities, and impactful faculty mentorship. 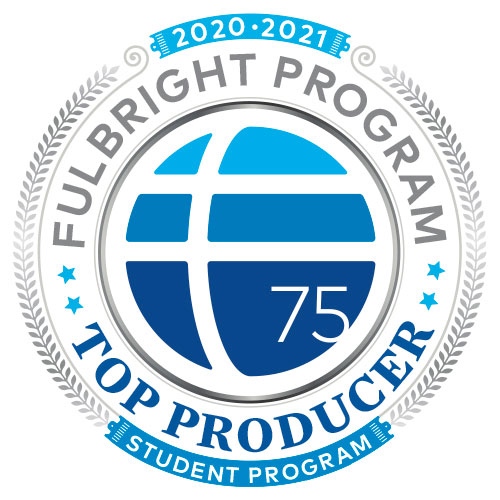 Denison’s Lisska Center for Scholarly Engagement provides advice and support for students as they prepare their applications for international fellowships and programs. Professor Adam Davis, director of the Lisska Center, comments, “We are proud that Denison has once again received this distinction of being a top producer of Fulbright awards. These Fulbright awards are a testament to our students’ energy, creativity, and commitment to cultural exchange. A Denison education equips its students with rewarding academic experiences, valuable skills, and comfort navigating in an increasingly globalized world. This clearly positions our students to serve as citizen ambassadors for the U.S., whether studying, conducting research, or teaching English abroad.”

In 2020, Denison students were awarded both research and teaching assistantship Fulbrights. These students include:

Mary Kirk, Director of the Office of Academic Exchange Programs in the U.S. Department of State’s Bureau of Educational and Cultural Affairs, says “Fulbright U.S. Students enrich their education, advance their careers, and make valuable contributions abroad and at home. They also expand their networks by joining the diverse and accomplished group of Fulbright alumni and receiving the professional recognition that comes with being named a Fulbright Student.”