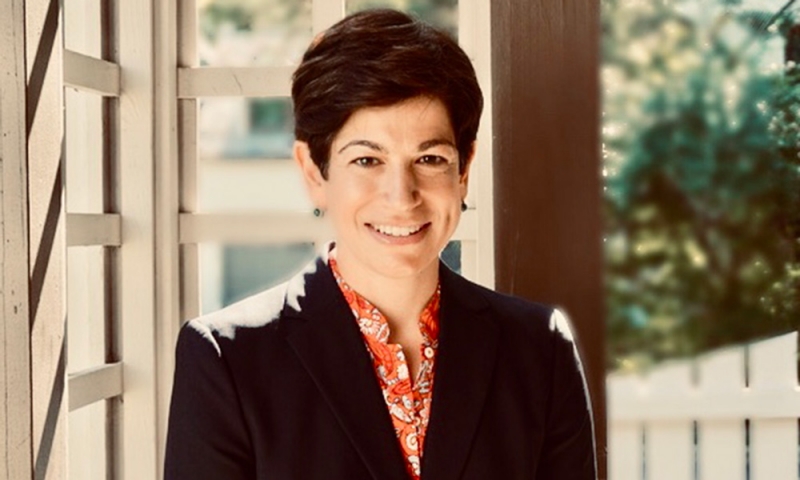 Schimmer is an accomplished lawyer with extensive higher education, private practice, and public service experience, including more than 15 years serving as legal counsel to universities.

“We are thrilled Alexandra is bringing her skill and experience to Denison University and our administrative team,” said President Adam Weinberg. “She is an accomplished attorney with recognized expertise in many of the most important issues facing higher education today. Just as importantly, she is well respected for working closely with and on behalf of students, faculty, and staff. Alexandra is also one of the best examples of the sustaining value of a liberal arts education. From the foundation of a Near Eastern Studies degree from Princeton University, Alexandra has built a successful career that has allowed her to positively impact countless lives as a lawyer and public servant.”

As general counsel, Schimmer will serve as the chief legal officer for the university, coordinate all of Denison’s legal affairs, and provide advice and counsel to Denison’s president, executive officers, faculty, and staff.

After earning her undergraduate degree at Princeton, Schimmer was a Fulbright Fellow in England, earning a Master of Philosophy from Cambridge University, and then received her law degree from the Yale Law School. She clerked for federal judges in New York and Ohio before becoming a litigator with the Vorys law firm in Columbus, where she represented Fortune 500 companies and nonprofits, including colleges and universities, and devoted significant time to civil and criminal pro bono work.

Schimmer then joined the Ohio Attorney General’s office, serving first as the Chief Deputy Solicitor General and then as Solicitor General, the state’s chief appellate lawyer. As Solicitor General, she conducted all of the state’s appellate litigation, briefing and arguing dozens of cases in the U.S. Supreme Court, the federal appeals courts, and the Ohio Supreme Court, and advising the governor, attorney general, and state agencies on a broad range of legal issues. In this role, Schimmer also represented all of Ohio’s public universities and regularly advised university presidents, trustees, and other leaders on higher education issues.

From her role at Ohio State, Schimmer brings broad and deep expertise in higher education legal issues, including extensive experience in university and board governance, faculty and student affairs, regulatory compliance, labor and employment issues and policies, Title IX, Americans with Disabilities Act, research enterprise issues, and more, and extensive experience as a trusted advisor and strategic partner to university leaders, faculty, and staff.

“I am honored to be joining an institution so committed to the highest ideals of the liberal arts. At the root of my professional and personal commitments has been my own grounding in a strong liberal arts education, which taught me lessons that I continue to deploy every day as a lawyer and campus partner,” Schimmer said. “I believe deeply in the vital function higher education plays for the common good and feel privileged to be joining a team so devoted to advancing Denison’s mission of preparing students to lead lives of purpose and engagement.”

Built on a foundation of academic breadth, depth, and rigor, and lasting relationships, Denison unlocks the potential of students to be architects of their own lives. Students have opportunities from their first day to learn in small classes, work directly with faculty, conduct hands-on research, perform on stages and create in studios. Denison’s award-winning career exploration program redefines how liberal arts colleges prepare students for the professions. Core programs get students involved early and often, close skills gaps, connect students to alumni coaches, provide opportunities for internships, and support them as they launch post-Denison.