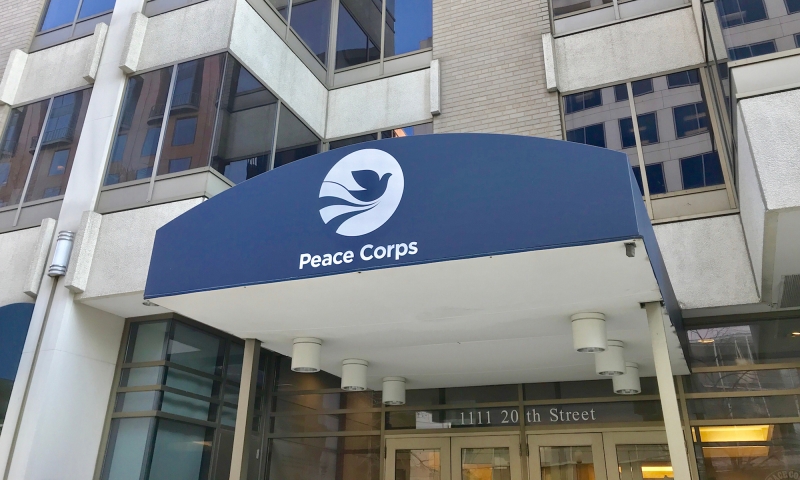 Denison is a top-ranked college for Peace Corps volunteers

One example is Brittany Rojas ’15 who is teaching English as a foreign language as a volunteer in Ecuador. “I believe so many alumni from Denison are inspired to serve in the Peace Corps because of the amazing study abroad programs that are offered and through the liberal arts education that we receive,” says Rojas, who majored in Spanish. “In many of my classes, I felt as if my education went outside of the realm of just a particular subject. There were so much intersectionality and use of critical thinking that really inspired me to take the education I received and put it to use through service.”

Since the Peace Corps’ founding in 1961, over 280 alumni from Denison University have served abroad as volunteers.

“The Peace Corps provides terrific opportunities for our alumni to take their education and translate it into action across the world,” says Hank Malin, assistant vice president of Career Exploration and Preparation. “Our consistent placement in the top 25 is an indication of our students’ dedication and talent.”

Shelby Kaplan ’15 is serving as an environment volunteer in Paraguay. She credits her professors, advisors and the local returned-Peace Corps volunteer community at Denison with inspiring and mentoring her for Peace Corps. “I want to contribute to sustainable development by acting as a bridge that connects individuals and communities with educational and material resources, local and global markets, and other opportunities for empowerment,” says Kaplan, who majored in environmental studies.

“We have seen time and again that the colleges and universities that produce the most Peace Corps volunteers focus on cultivating global citizens in addition to promoting scholarship,” says Peace Corps Director Jody Olsen. “I am proud that so many graduates of these esteemed institutions leverage their educations to make the world a better place. They bring critical skills to communities around the world and gain hands-on, life-changing experience along the way.”

Main Entrance
The Main Entrance was constructed in 1931 to celebrate the centennial of the college's founding.