Denison University Celebrates Commencement for the Class of 2018 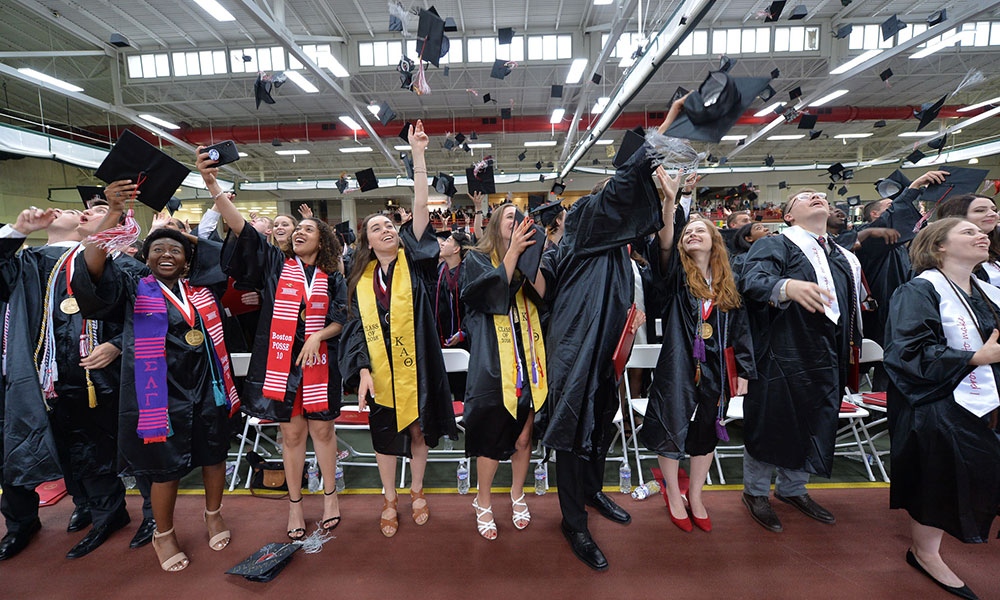 Lee Sachs, a member of the Class of 1985 and the Denison Board of Trustees, and Denison President Adam Weinberg welcomed attendees to the event. President Weinberg delivered his charge to the class. Rachel Epstein, an economics and communication major who will be attending the London School of Economics next fall, delivered the senior class address, titled “On Memory, Learning and Reflection.”

The celebration concluded with the assembly singing the Denison alma mater, and the ceremonial tossing of the mortar boards.