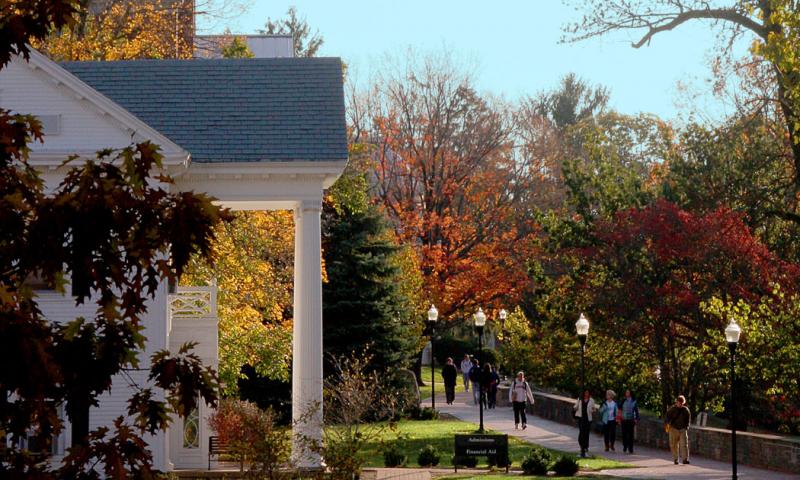 Critical Language Scholarships are fully funded summer overseas language and cultural immersion programs for American undergraduate and graduate students, with the goal of broadening the base of Americans studying and mastering critical languages and building relationships between the people of the United States and other countries. Denison students who were awarded Critical Language Scholarships include Yusef Ahmed '16, and Madina Khudaynazar '19, who will study Turkish; Keylee Jones '16, who will study Arabic; Tyler Law '18, who will study Chinese; and Evan Woodnorth '16, who will study Azeri before taking his Fulbright position in Turkey.

RISE (Research Internship in Science and Engineering) internship grants from the DAAD German Academic Exchange are a summer internship program located in Germany for undergraduate students from the United States, Canada and the UK in the fields of biology, chemistry, physics, earth sciences and engineering. Denison students who were awarded RISE internships include Amanda Jack '17, Nathan Myers '17, and Max Meirow '18.

National Science Foundation Graduate Research fellowships help ensure the vitality and diversity of the scientific and engineering workforce of the United States. The program recognizes and supports outstanding graduate students who are pursuing research-based master's and doctoral degrees in science, technology, engineering and mathematics (STEM) and in STEM education. Denison students who were awarded these research fellowships include Taylor Kessler Faulkner '16, who will obtain a Ph.D. in computer science, focusing on a combination of artificial intelligence and robotics at the University of Texas, Austin; and Sarah Winnicki '16, who will attend graduate school at Kansas State University to pursue a master’s degree in biology. In addition, recent graduates who were awarded NSF grants include: Ariana Gray Bé ’15 for environmental chemical systems at Northwestern University; Kristina Dungan Meier ’15 for atomic, molecular and optical physics at University of Illinois at Urbana-Champaign; Riley Sechrist ’15 for physics and astronomy - physics of living systems at University of Michigan Ann Arbor; and Annelise Thompson ’13 for electrochemistry at California Institute of Technology. Three Denison graduates received honorable mentions for their proposals: Jane Frandsen ’14, life sciences/biochemistry at The Ohio State University; Justine Hoch ’12, psychology /developmental at New York University; and Sam Wolock ’12, life sciences systems and molecular biology at Harvard University.