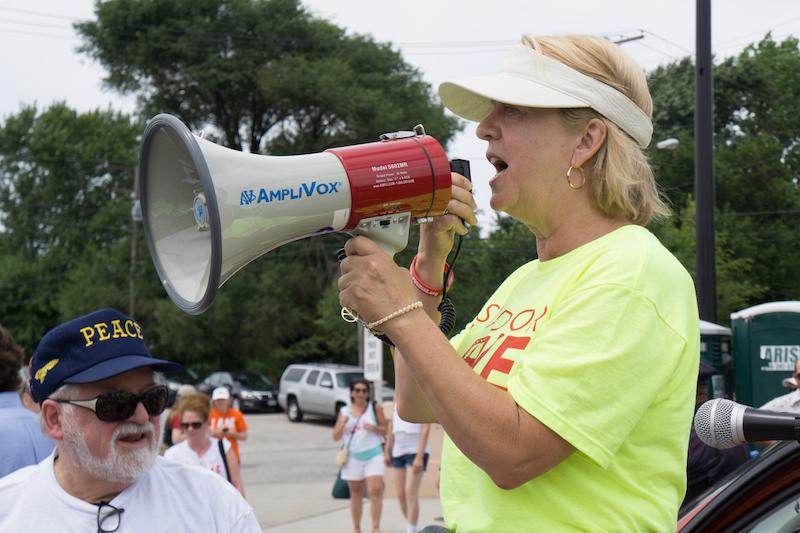 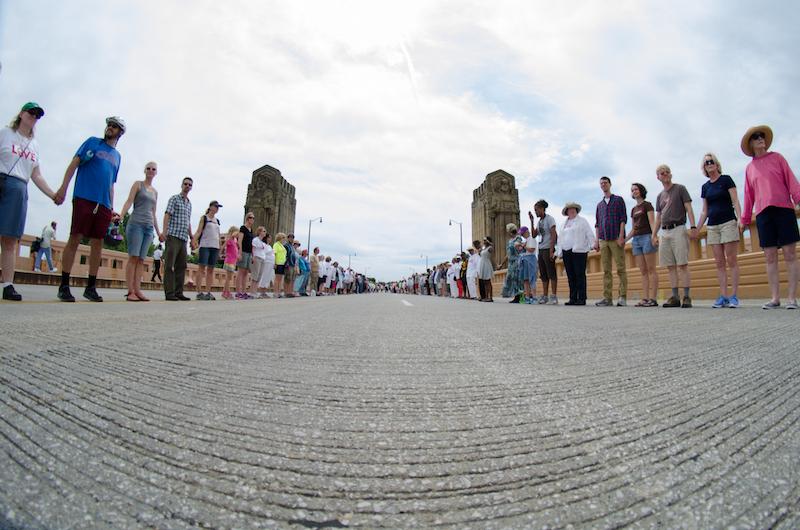 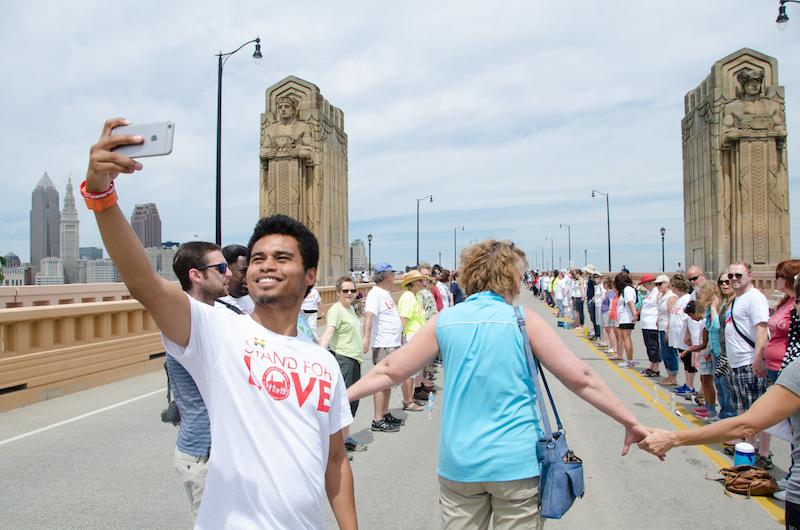 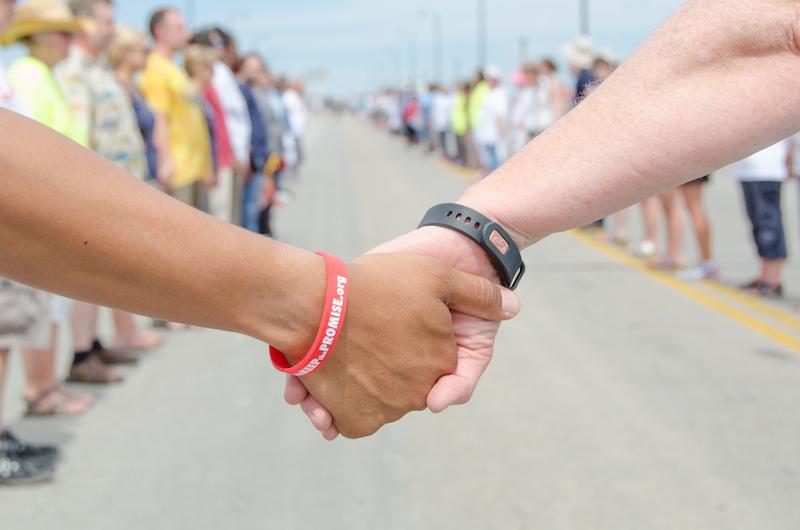 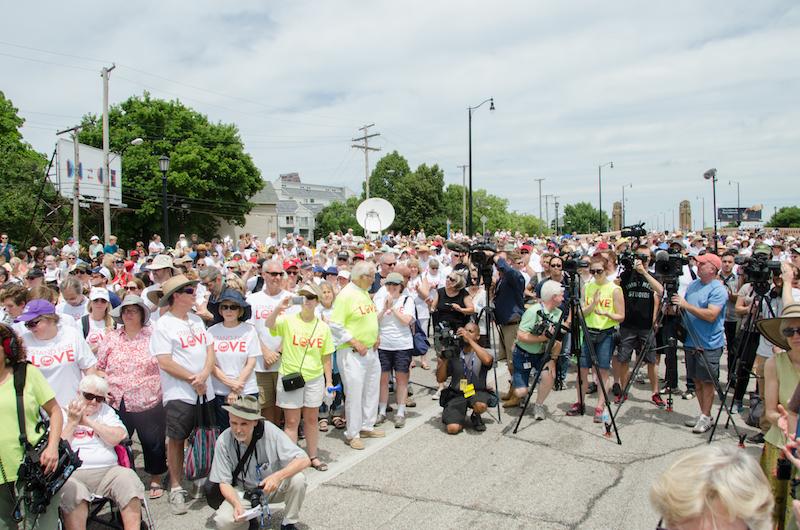 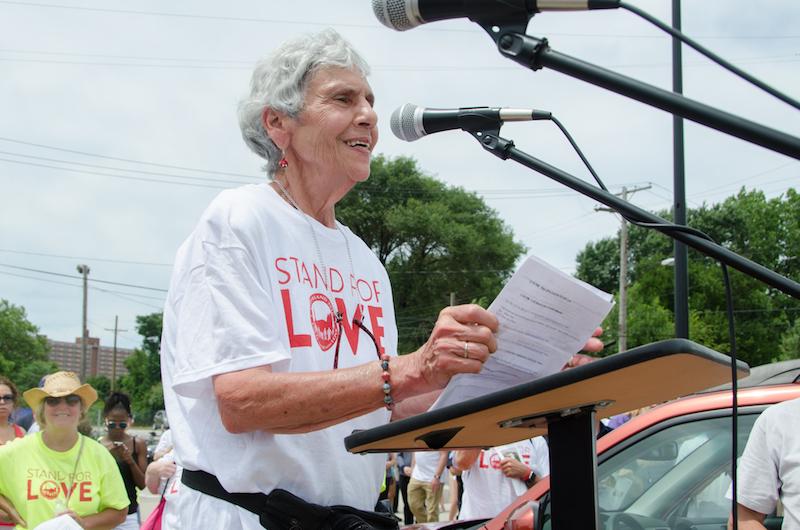 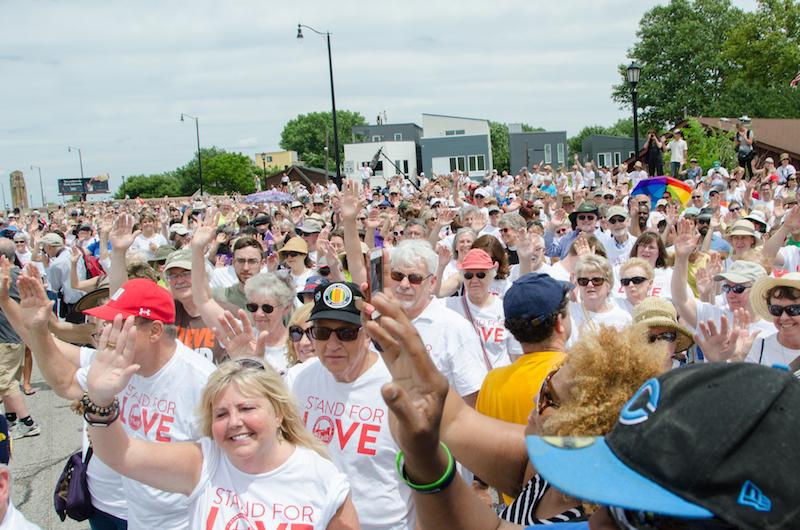 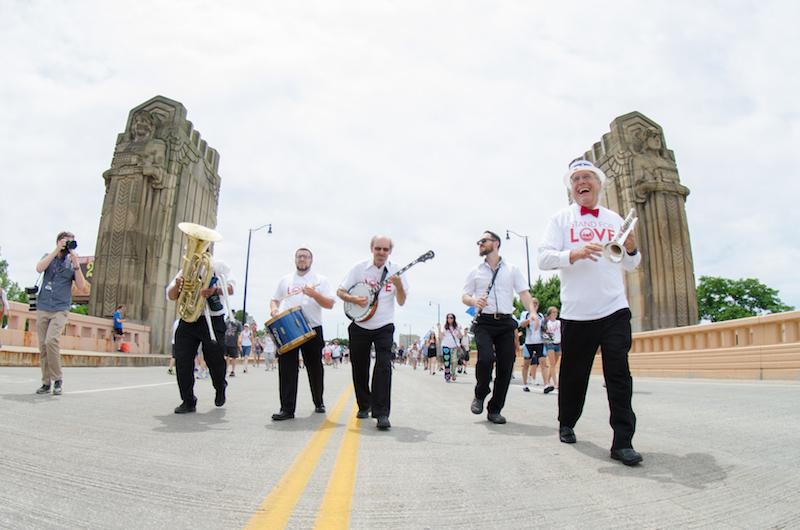 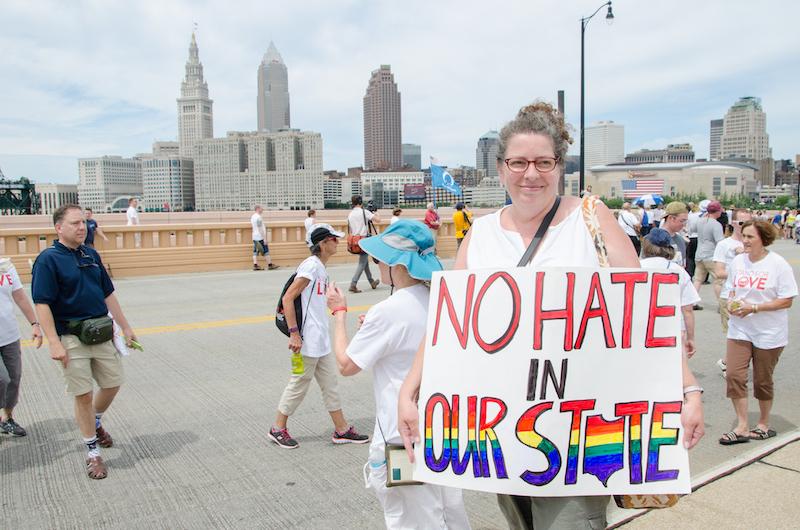 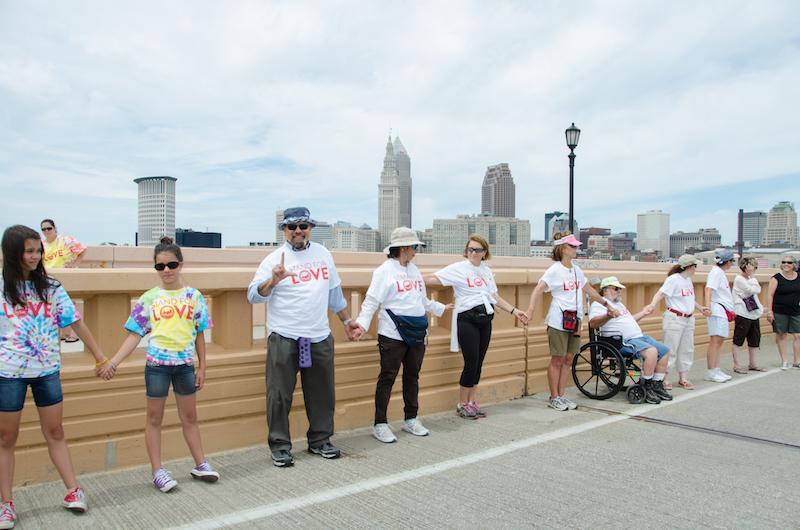 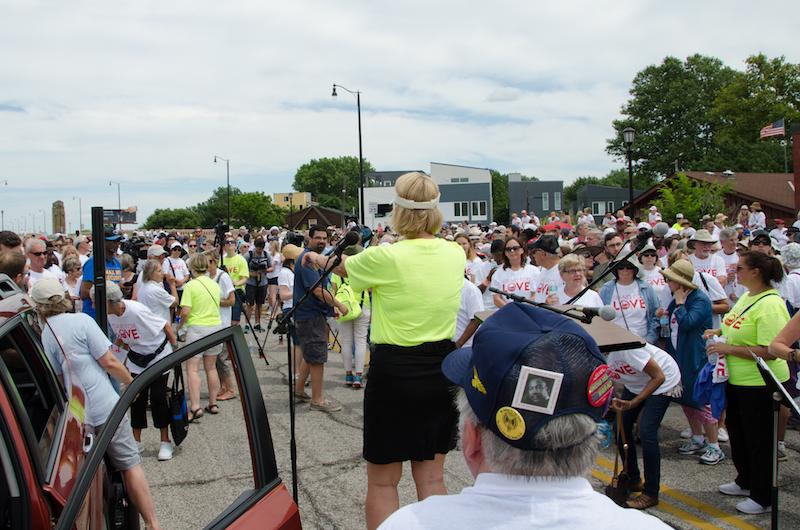 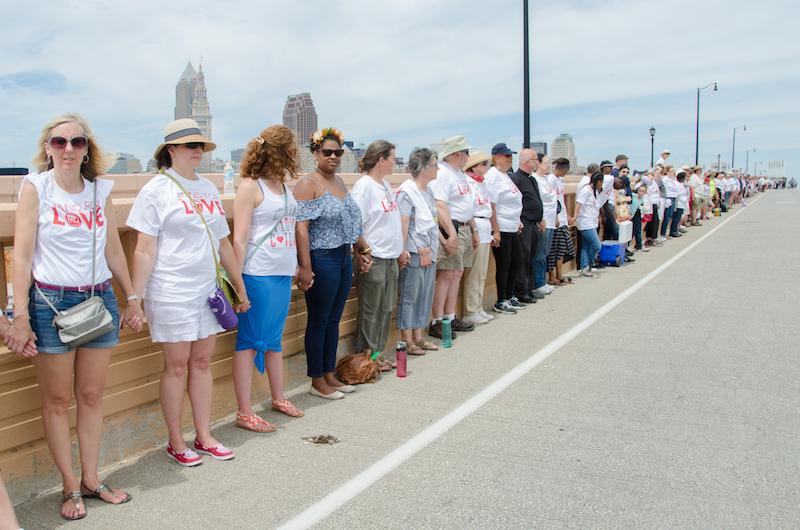 Joy Roller ‘76, coordinator of Cleveland’s “Circle the City With Love.”

When Cleveland was in the international media spotlight as it hosted the 2016 Republican National Convention, Joy Roller ’76 sent a message to the world: “This is the kind of place Cleveland is.” Roller shared that message on Sunday July 17th — opening day for the convention — with the help of over 4,000 fellow Clevelanders wearing “Stand For Love” t-shirts.

In collaboration with Sister Rita Petruziello of the Saint Joseph Ministry, Roller coordinated a nonviolent statement of solidarity and positivity in the wake of national conversations regarding race, political division, and policing.

The event, called “Circle the City With Love” came at a critical time. “Things are heating up fast,” says Roller. “As a result of Dallas, St. Paul, Baton Rouge, clergy are calling for a community response and they’ve decided Circle the City is that response.” Roller and her team expressed no partisan rhetoric in circling the city. Instead, they saw the event as an act of unity, positivity, and peace.

Roller’s passion for such ideals is palpable: “We can’t let the fear stop us. There are so many things to be afraid of these days, but Sunday was not one of them.”

Thousands of Cleveland-area citizens, representing the diversity of Northeast Ohio, gathered to hold hands for what Roller calls an “intentional 30 minutes in silence.” This symbolic act of love spanned the Hope Memorial Bridge that unites Cleveland's east and west sides and rises above the city's historic origins, literally circling the city with love as Clevelanders walked single-file across the bridge.

“It exceeded my expectations,” said Roller. We had hoped for 2,000 people to attend, but that number nearly doubled. Working with a team of volunteers, Roller coordinated the event to perfection: “Everyone cooperated, not a single incident occurred. It was flawless,” she reported.

This Sunday was an amazing outpouring of people who wanted to stand for love, and people just kept coming and coming,” said Roller. This “organic” event is just a beginning: Circle the City With Love has already received attention online from around the world, and other community leaders across the nation have reached out to Roller to replicate the event in other cities, using Cleveland as a template.

Roller’s advisor at Denison, Professor David Woodyard of the religion department, remembers her as “a decisively engaged student” who “lives her sense of the future in the present.” Woodyard claims that this very public and symbolic act is just an example of who Roller is as a person: “the world is transformed by the way she lives in it,” he says.

In return, Roller describes Dr. Woodyard as a true mentor, guiding her to a path of success, and is grateful for all of his guidance: “This event brought me back full circle to Denison and has me reflecting on what I learned from him in the 1970s.”