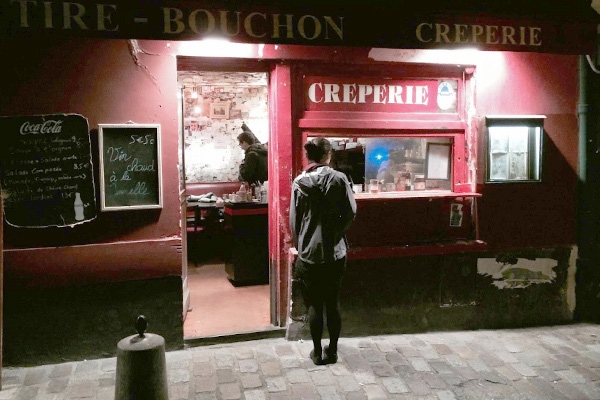 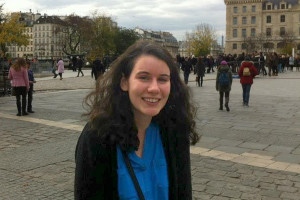 With a semester on The Hill separating her from a term abroad in Aix-en-Provence in France, Isabel Randolph ’16 wanted to create a summer research project that captured her experiences wandering the rural roads of southern France and the streets of Paris.

While abroad, the English/creative writing major from Columbus, Ohio, kept a blog of her travels, mainly to update her family on her adventures. She says the blog helped her remember particular experiences, and as she re-read it, it also reminded her of experiences she intentionally left out. “There are memories that didn’t carry the positive connotations I wanted to get across … and I remembered those as I read through my blog.”

Randolph was struck by profound moments she wanted to share, including compelling scenes that found their way into her poems: “As we were walking away from the Eiffel Tower, I saw a man in a wheelchair attempting to stop a bus so he could get on.” Poetry has been a favorite form for Randolph, but she decided to propose a summer research project in creative nonfiction, specifically to explore memoir and travel writing. She wanted to investigate how narrative writing could be used to transport readers from the familiarity of their own homes to other countries and cultures.

English Professor Peter Grandbois, her adviser, helped her as she strove to master a new form of writing and to expand her knowledge of a genre she didn’t know much about. He assigned different travel memoirs to read and respond to throughout the summer, and they met weekly to discuss them.

Isabel was also given a series of ten writing prompts through the summer, all based on aspects of travel, including an essay on arrival and an essay on departure.

Originally, these were going to be the bases of her summer project, but as her writing developed, the departure narrative gradually fell out of the plan, and Isabel focused on a travel narrative created from moments she had written about in a collection of ten to fifteen poems.

Expanding these poetic moments into a storyline allowed Randolph to explore conceptions of her personal journey more deeply, including the differences between her American self and her French self, the states of mind she had to adjust to as a student  abroad, and the process of making conscious decisions to be adventurous.

Isabel’s on-campus research ended early this summer to allow time for her to walk the Camino de Santiago an early pilgrimage route through parts of Spain. As many summer summer scholars do, she hopes to incorporate her work this summer into a senior research project in the year ahead, exploring how the concept of “home” can occur in many different places for different people.