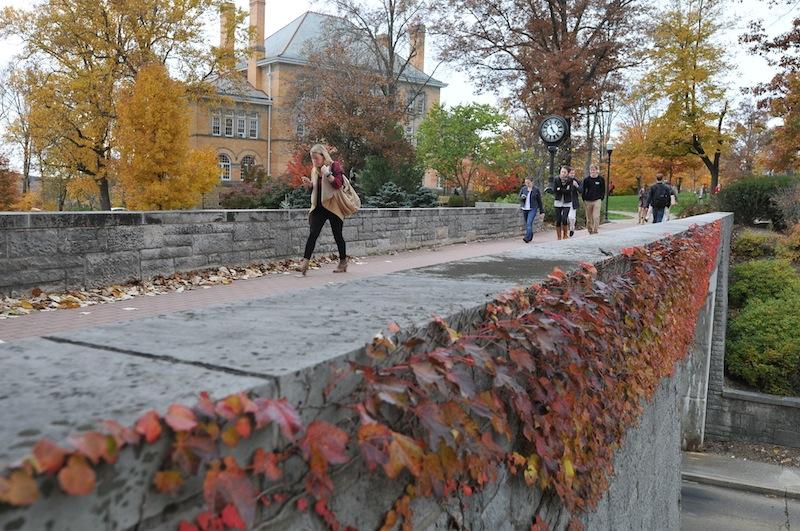 The New York Times lists Denison as one of America’s most economically diverse elite colleges—and that’s just part of the story.

The New York Times has released a new ranking of America’s “Most Economically Diverse Top Colleges,” and Denison is included among the leaders.

“Ours is an economically diverse community, and that is just one aspect of Denison’s extraordinary depth of diversity,” said President Adam Weinberg.

“Our students bring viewpoints and experiences from all backgrounds and walks of life. They come here from big cities, small towns, agricultural, and international settings, creating a geographical, multicultural and political richness of diversity in a residential environment that adds to the high value and extreme relevance of a Denison education in a fast-changing world. Learning to work well with an extremely diverse group of people gives our students a significant leg up in preparing for life after college.”

“Ours is an economically diverse community, and that is just one aspect of Denison’s extraordinary depth of diversity.”

To measure colleges’ commitment to economic diversity, The Times developed its College Access Index, which is “based on the share of freshmen in recent years who came from low-income families (measured by the share receiving a Pell grant) and on the net price of attendance for low- and middle-income families.”

At Denison, one in five students comes from a low-income family, and a similar number are the first in their family to attend college. For many years, Denison has made a commitment to accessibility by making its rigorous educational experience affordable to all who qualify, regardless of economic circumstances.

At a time when some other elite colleges are finding it necessary to consider “ability to pay” when deciding whether to admit applicants, Denison remains wholly committed to a need-blind admissions policy, which admits students based on merit only. Denison’s endowment-per-student ranks on par with Columbia, Vanderbilt and Carleton; and ahead of Northwestern, Middlebury, Penn, Cornell and Wake Forest. In addition, Denison works to reinvest its resources in scholarships for students. In the most recent figures available, only 52 percent of Denison students graduated with any debt, and of the remainder who had debt, the average amount after four years was only $21,252 — well below state and national averages.

Denison has been recognized widely as a higher education pioneer in placing importance on fostering a diverse community of scholars from across the country and around the world. The college’s mission as a residential liberal arts college includes connections with—and challenges from—multiple, differing perspectives, which stimulate critical thinking, social responsibility and civic engagement.