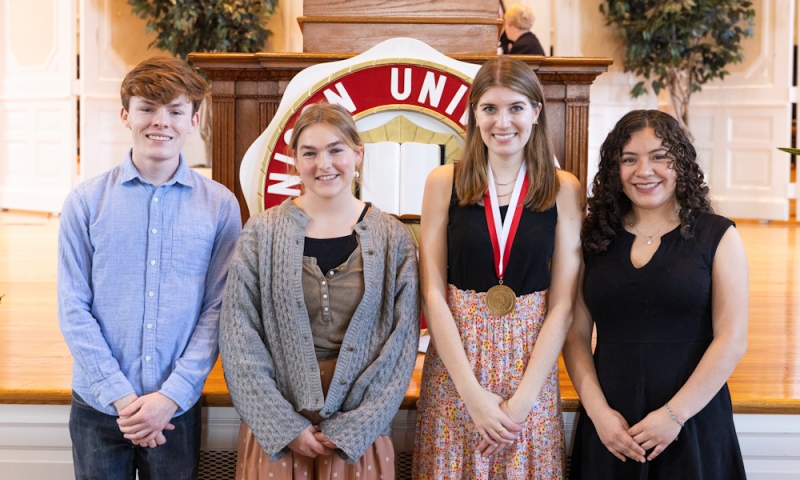 The Lisska Center for Intellectual Engagement celebrated the success of students, graduating seniors, and recent alumni who were granted prestigious national and international fellowships, scholarships, and research fellowships at the University’s annual Academic Awards Convocation, held this year on Friday, April 21, in Swasey Chapel.

These Denisonians were awarded Benjamin A. Gilman International Scholarships to study abroad, and in some cases they study in more than one country. The Gilman Scholarship Program broadens the student population that studies and interns abroad by supporting undergraduates who might not otherwise participate due to financial constraints. This year Denison students were granted 13 Gilman awards – a record for the University.

These Denisonians are Fulbright English Teaching Assistantship alternates. In the event a Fulbright scholar cannot fulfill their award, Fulbright alternates will serve in their place.

This student received a Fulbright Research Award to conduct research in Poland. Applicants for study/research awards design their own projects and will typically work with advisers at foreign universities or other institutes of higher education.