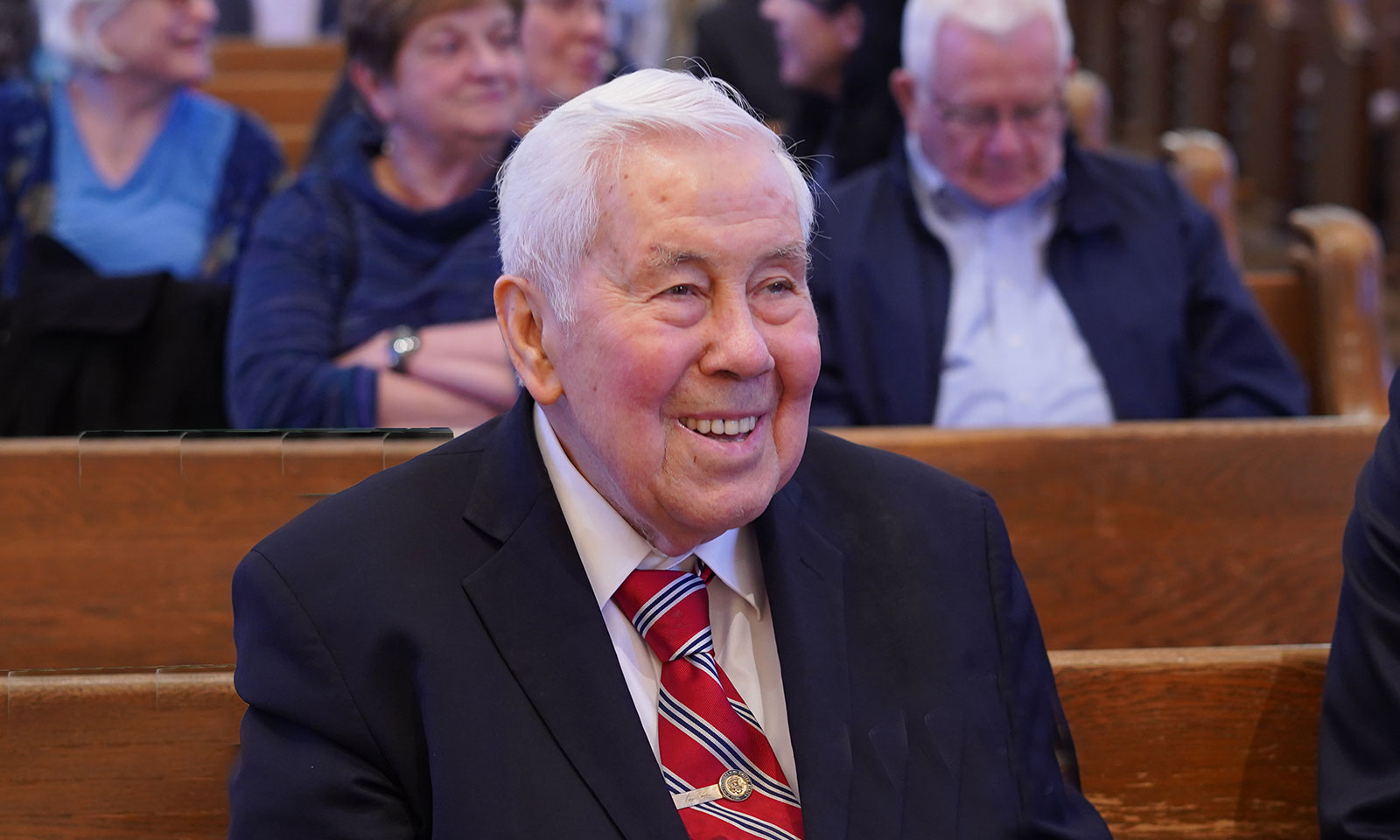 We are saddened to share with the community that Denison Trustee former Senator Richard G. Lugar, a member of Denison class of 1954, has died at the age of 87.

Senator Lugar was a valued member of our Denison community for more than 60 years. As a student, he excelled in academics, graduating first in his class and serving as class president. He married his class co-president, Charlene Smeltzer ’54. He is survived by Char and their four sons, Mark, Bob, John and David. In addition to his undergraduate degree at Denison, Senator Lugar received an honorary degree in 1978.

“Dick Lugar was a great Denisonian and human being. He lived the mission of the college, and in doing so, he made the world a better place,” said Denison President Adam Weinberg. “We all feel honored to have known him and to count him among our friends.”

Senator Lugar was awarded a Rhodes Scholarship to attend Pembroke College at the University of Oxford in England where he studied philosophy, politics, and economics. Senator Lugar volunteered for the U.S. Navy in 1957, ultimately serving as an intelligence briefer for Admiral Arleigh Burke, chief of Naval Operations.

Senator Lugar was Denison’s longest-serving member of the Board of Trustees. Joining the board in 1966, he helped guide the strategy and direction of the university for decades. His love and commitment to Denison was endless and the college benefited gratefully from his wisdom, thoughtfulness, and persistence, especially as it related to the issue of college access. During his regular visits to campus, he met often with students interested in politics and public service, and members of Beta Theta Pi. Senator Lugar rarely missed a board meeting, even during his time serving in the Senate. He was an important voice and leader on our board. Vice President for Institutional Advancement, and Denison alumna, Julie Houpt ’75 commented, “Colleges need trustees like Dick Lugar, and Denison benefited enormously from his service and commitment to his alma mater.”

His political career began in 1967 when he was elected mayor of Indianapolis, where he served for two terms. During his terms as mayor, his aim was to unify the city and county into one government and trigger economic growth in the area. He was then elected to serve as a U.S. Senator for Indiana from 1977 to 2013. He retired as the longest-serving senator from Indiana.

A recipient of the Presidential Medal of Freedom, Senator Lugar was granted the J. William Fulbright Prize for International Understanding in 2016. In honor of Senator Lugar’s work to secure the world from weapons of mass destruction and his commitment to the alliance between the U.S and U.K, the Queen of England bestowed the rank of honorary Knight Commander of the Most Excellent Order of the British Empire.

Senator Lugar is the fourth person in history to be named Outstanding Legislator by the American Political Science Association, and the 2005 recipient of the American Foreign Service Association Lifetime Contributions to American Diplomacy Award. He also served three terms on the U.S. Advisory Commission on Intergovernmental Relations, and as president of the National League of Cities.

After his service as senator, he created the Lugar Center, a nonprofit public policy institution located in Washington D.C. The Center’s mission is to propose solutions to global problems, such as food and energy security, weapons of mass destruction, and bipartisan governance. It focuses on civil dialogue to bridge ideological divides surrounding important global issues.

Inspired by his model of both civic leadership and civility, the Richard G. Lugar Program in Politics and Public Service at Denison University aims to attract students of any major who are interested in government and public policy. Since it was established in 1995, the Lugar Program has sent 150 student interns to Capitol Hill. The program has two tracks; one focuses on American national government and a congressional internship, while the other focuses on foreign policy and international affairs. Every other year, the Lugar Program hosts two former members of Congress, who come to campus to meet with students, faculty, and other members of the community. The Lugar Program also hosts the Richard G. Lugar Symposium in Public Policy, a speaker series that brings prominent public servants to campus to discuss national and international issues.