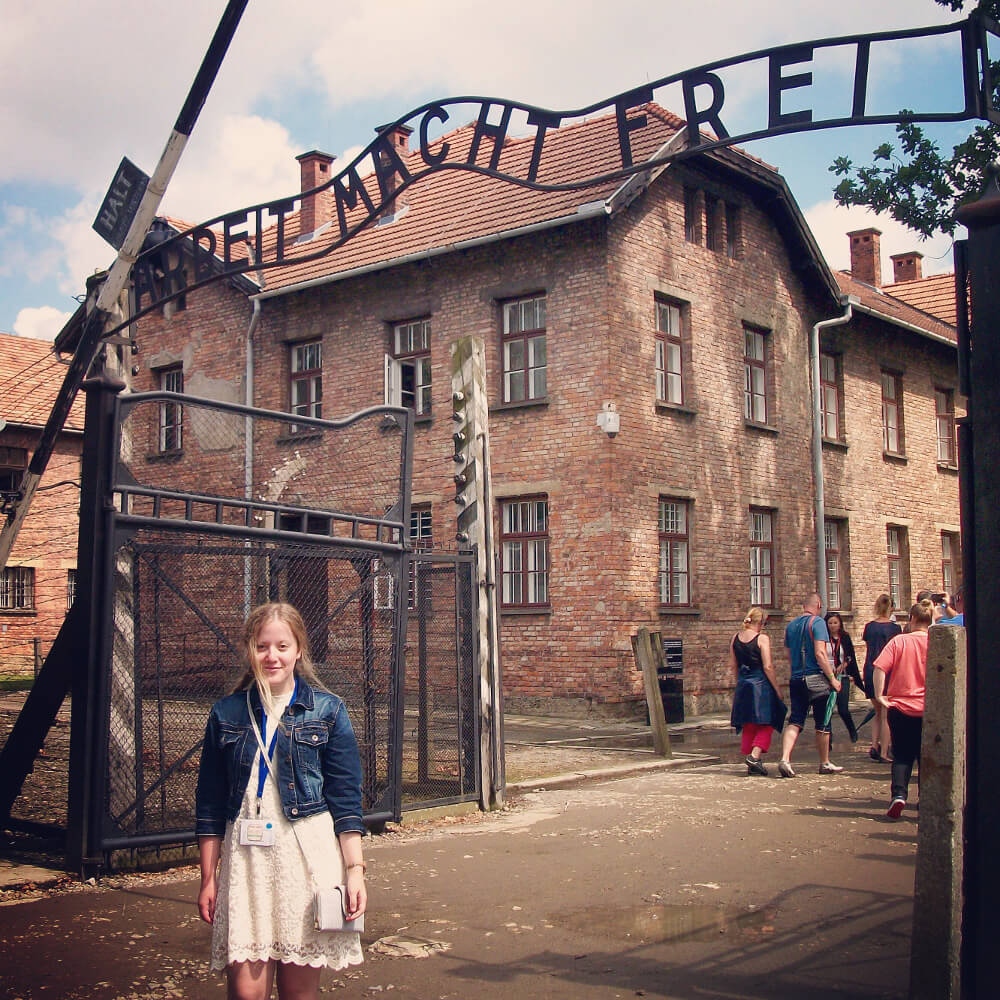 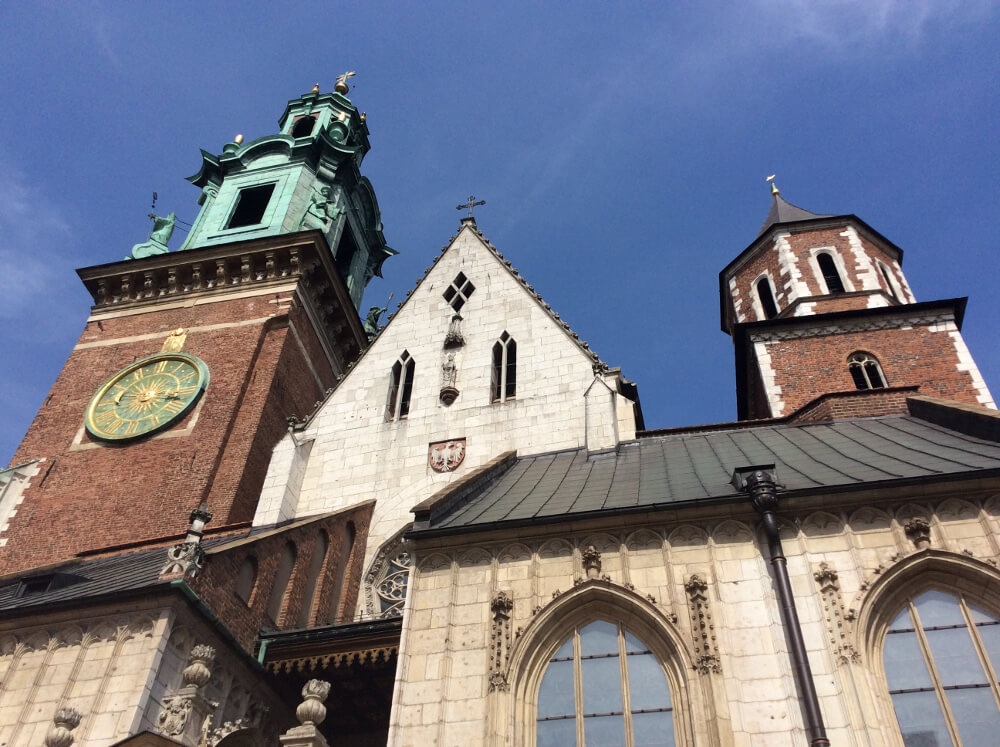 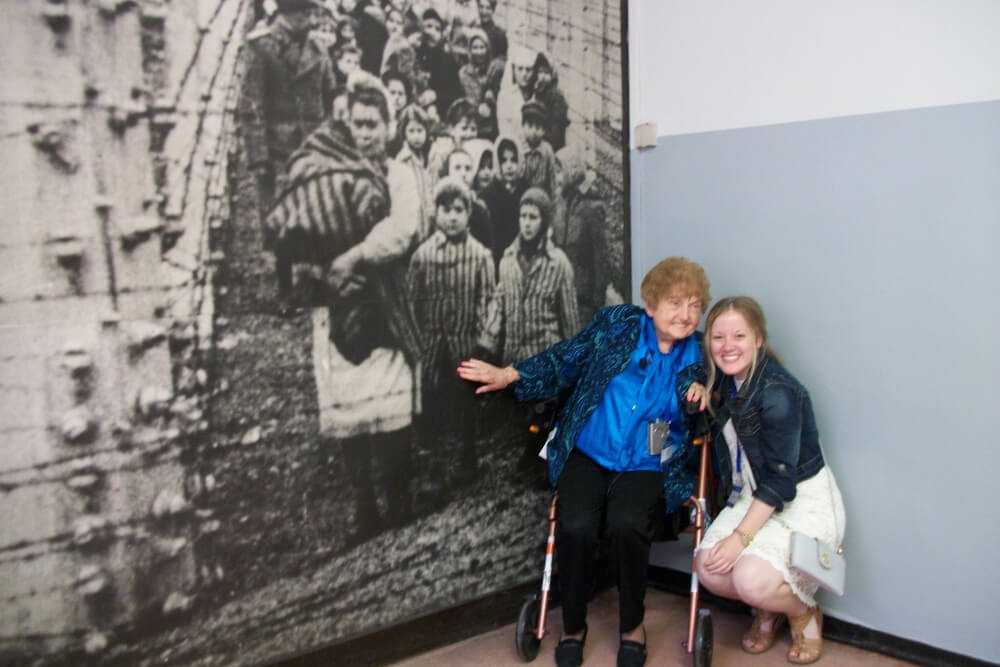 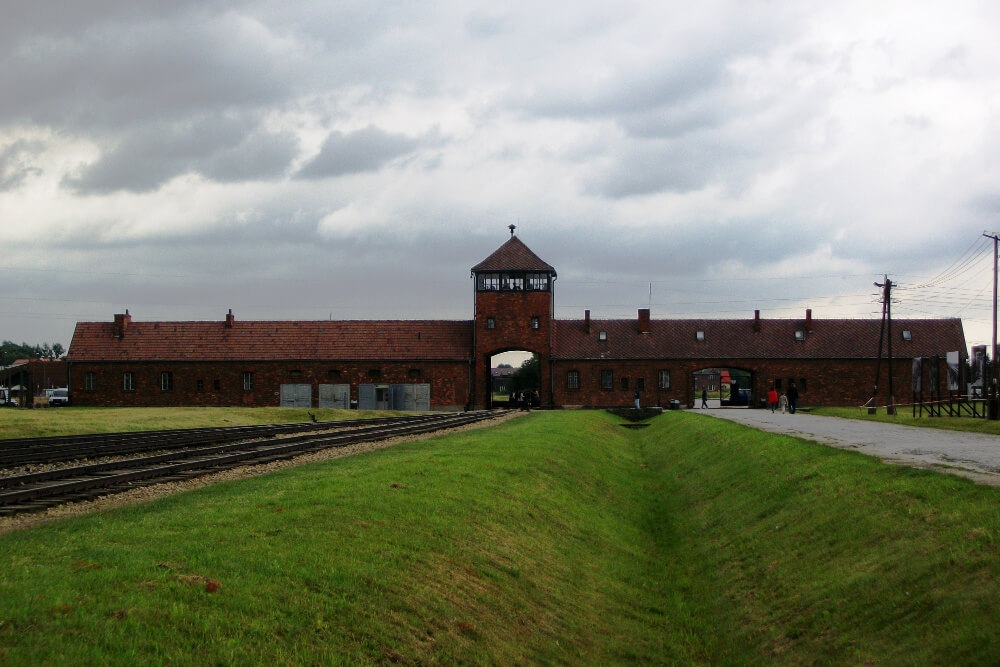 McLaughlin explained her unique study abroad program choice: “My life passion is the Holocaust and Jewish Studies.” McLaughlin has been studying Auschwitz Birkenau and the Holocaust for three years for her Holocaust-era novel. Her project began while she was applying for the Reynolds Young Writers Program, a workshop held at Denison every summer for creative writers in high school.

Prior to the deadline for acceptance to the program, McLaughlin had just finished reading “Auschwitz: A New History” by Laurence Rees, and contemplated the idea of writing a story about a high-school-aged girl who lived through the Holocaust. The story won her acceptance into the program, and McLaughlin decided her story could make an excellent novel. So she bookmarked dozens of encyclopedias on her computer, read every piece of history, poetry and fiction she could get her hands on and the story exploded into a book project.

“It was so valuable to go there. Anyone can read a book or watch a movie but going there is hard to put into words.”

Prior to going abroad, McLaughlin conducted summer research at Denison around illustrations completed by a member of the Auschwitz Sonderkommando, photography of Dachau and Buchenwald, and three-dimensional memorials rooted in Holocaust visual culture. And she wanted more — first-hand experience of the “magnitude” of the concentration camps. For example, during McLaughlin's educational tour of the Birkenau concentration camp, which was led by Eva Kor, a survivor of Dr. Josef Mengele’s twin medical experiments, McLaughlin walked several miles, “but the mileage was much greater, eight miles was all I completed that day.”

“It’s huge. It takes hours to walk the whole thing,” she explained. But more than feeling the vastness of the empty field, McLaughlin said she could feel the spirits. “They’re still there,” she said. “It’s eerily beautiful, feeling the people looking in on you. It’s disturbing in a way, but so rewarding.” A number is just a number. 1.1 million is a large number, “but feeling it is different,” McLaughlin insisted.

In addition to learning about the Holocaust, McLaughlin enjoyed learning about the Polish culture and felt completely immersed in the city of Kraków, which holds one of the oldest medieval town squares in Europe. She said, “The architecture was super exciting and the people were incredibly nice. I was encouraged to speak Polish and can now speak five to six words.” During her two free days to explore the city, McLaughlin visited the Wawel Castle in Krakow to view the tapestries she had studied during her spring art history class at Denison. She describes this experience as a “Dream come true.”

When it came time for McLaughlin to return to the States, she said, “I cried a lot. I didn’t want to leave. It was so valuable to go there. Anyone can read a book or watch a movie but going there is hard to put into words.”

McLaughlin advises that if you want to study abroad, you should talk to your advisor, the Off-Campus Study office, and Cookie Sunkle to search for all of the funding opportunities that are offered. She says, “Denison is basically the college for opportunity.”

McLaughlin also advises that if you want to go to Auschwitz, “Do your research before you go. Visit the Holocaust Museum in D.C., and then when you’re at Auschwitz, take lots of pictures and share your experience.”

McLaughlin would like to thank Denison, The Horizon Fund donors, CANDLES Museum, her professors, the Lisska Center, and the Auschwitz Birkenau State Museum for making her study abroad experience possible.