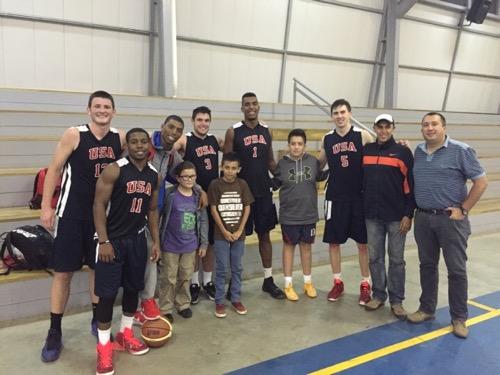 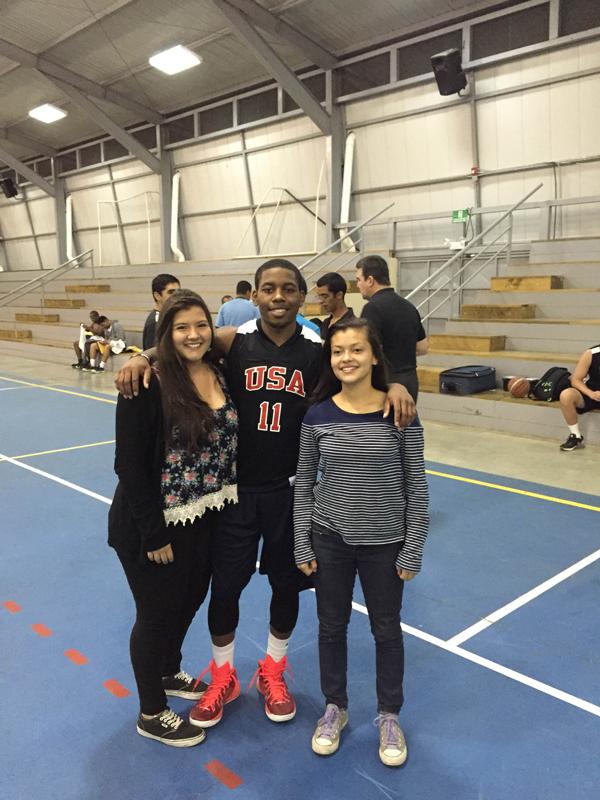 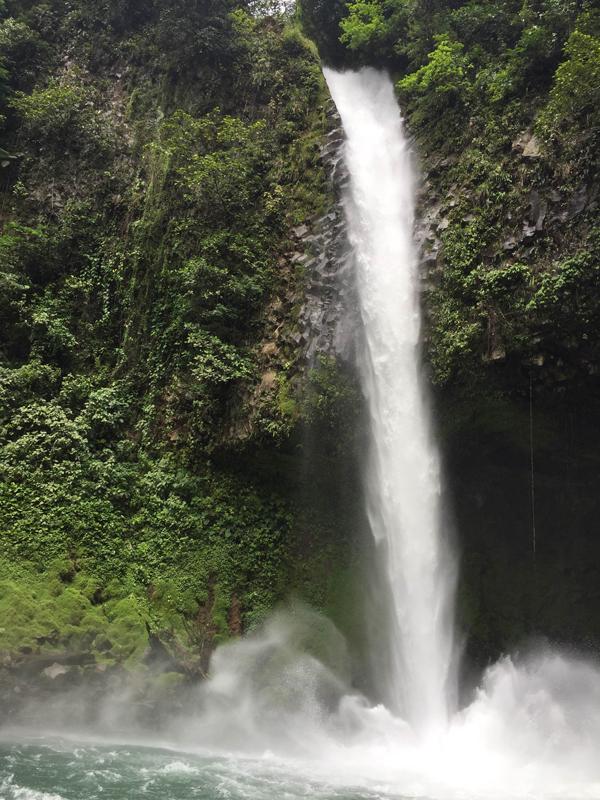 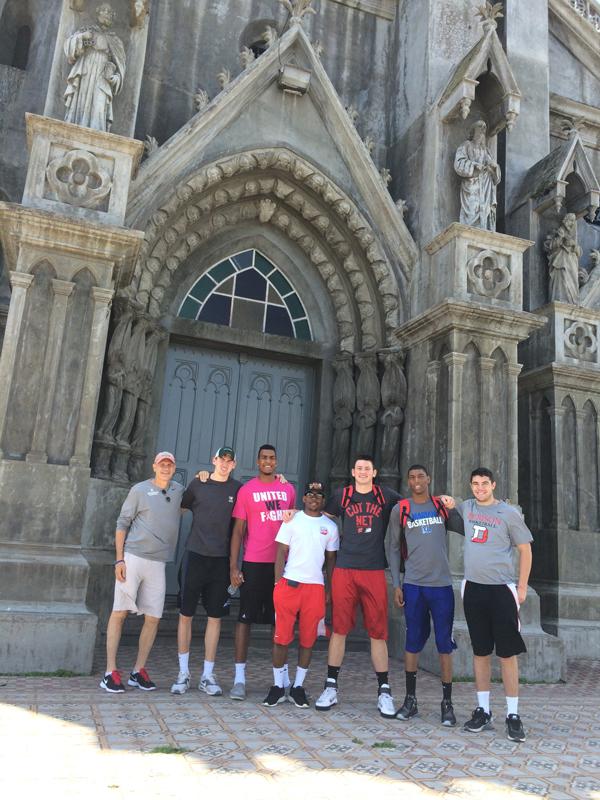 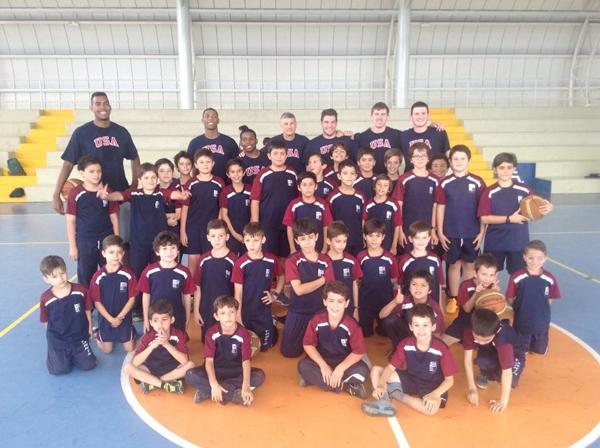 In May 2015, Denison men’s basketball coach and three members of his team went to Costa Rica through the U.S.A. Athletes International Program.
View Photos »

In May 2015, men’s basketball coach Bob Ghiloni and three members of his team (Andrew Castagnetti, Jr, Matt Bauer, and Darius White) went to Costa Rica through the U.S.A. Athletes International Program. They conducted basketball clinics and played games with local teams. They also engaged in cultural events and experienced the local culture.

“The trip to Costa Rica was absolutely amazing and it was something that I'll never forget! Leading up to the trip I had no idea what to expect and I was pretty nervous about going into a different country since this would be my first time ever traveling out of the United States. But all the nerves went away when we arrived and settled in. The view of the city of San Jose from where we stayed was beautiful, and everywhere we went the sights were great. One thing that stuck out to me everywhere we went were the cathedrals that we would go in and check out. They were all very detailed and always very colorful, and it was easy to see that religion was a big part of life in Costa Rica. Some of the other places we went were also incredible, like the Baldi Hot Springs and the Waterfalls.

Our games against the club teams in Costa Rica were extremely fun and it was cool seeing how basketball was played down there. One thing I realized very early was that basketball was a lot more physical than in America, and there was a decent amount of pushing and fouling but I was okay with it.

“This trip was very eye opening because I had never been to a Central American country. Our trip was consisted of a good mix of basketball, service and fun! The group was made up of players from a variety of liberal arts colleges in the Mid West with Coach Ghiloni serving as the head coach.

My Denison teammates Matthew Bauer and Darius White and I played games against the national teams. Our service consisted of running clinics at schools across the San Jose region. Since basketball is such a growing sport in Costa Rica most of the kids were very eager to learn about our sport and how to improve their games. The kids were great. They asked good questions worked hard and treated our team as if we were superstars. One thing that I found most interesting was that majority of the kids, even the ones in elementary school, were able to speak and understand English even though Spanish is their first language. Many of the kids were at every one of the games we played cheering us on. It was a privilege to teach kids a sport I love.”

“To be honest it was an unforgettable experience. In the first four days it was strictly basketball with some tourist activities on the side. However we played four games, which we won all 4 and did a couple of clinics. Within the basketball games I could not stop thinking how amazing it was that people who spoke two different languages could compete in a high level game together. Sure there were some differences in play with the rules and the environment, but I loved how we could connect with a whole other culture through a game we both loved. Also with the clinics it was great to teach the children, as they were very gracious and attentive to everything we said. In fact they treated us like royalty as they followed us around like celebrities while asking us hundreds of questions, asking for autographs, and a lot of pictures. Besides for the basketball, Costa Rica was a beautiful place to visit. As a group we zip-lined through the rainforest, visited the largest hot springs in the world, and even got to enjoy the nightlife in San Jose for a night. All in all is was a trip I will never forgot due to the fact I got to play the game I loved with USA on the front of my jersey.”