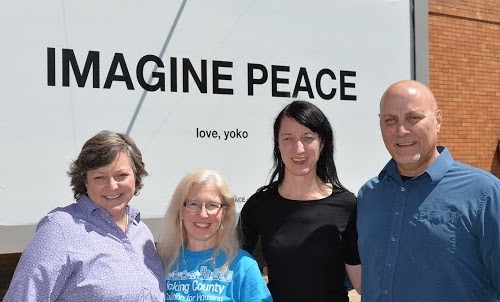 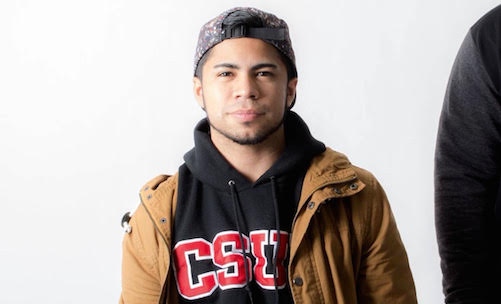 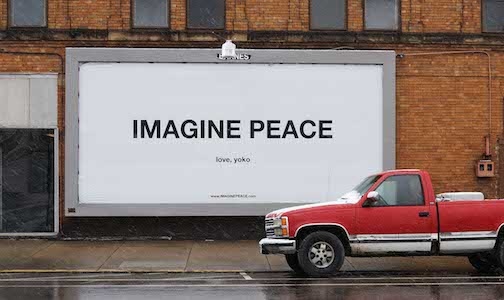 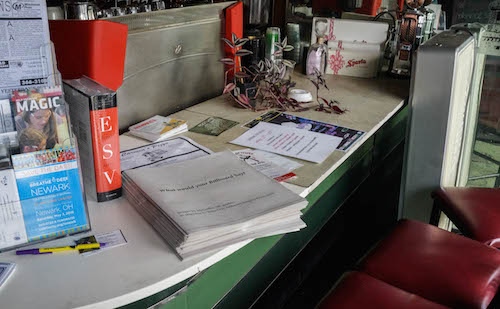 A billboard becomes the foundation of a community project to make the world a better place.
View Photos »

The challenge: you’ve got a great big piece of paper (maybe even a billboard), and you have to distill all your thoughts into one, accessible and all-encompassing idea. It’s not as easy as you think. But that’s what Denison studio art students worked to coax out of 75 Newark-area school children.

The brainchild of Associate Professor Sheilah Wilson, “The Billboard Project” is a way to engage the public with contemporary art – and there’s not a much bigger canvas than a billboard.

Wilson started big. She contacted Yoko Ono — yes, that Yoko Ono — and asked for permission to replicate Ono’s iconic “Imagine Peace, Love Yoko” billboard. Ono agreed and even offered to donate her honorarium for the piece to the Licking County Coalition for Housing. The billboards, found in two Newark locations, caught lots of positive attention.

Connecting the billboard project to the theme “Dream Big” of the Newark FAMFest, (Film, Art and Music Festival), Wilson engaged fifth-graders in the McGuffey Elementary School, asking them: “If you could change the world, what would it look like.”

Making these works helps me learn a lot about myself and my identity as I am still trying to figure that out, and how best to express it through art.

Earlier in the semester, Wilson’s own students created billboard designs around personal statements. They used that experience as a springboard to connect with the children and help them through the process of creating and illustrating their messages.

David Avalos ’17, a studio art major and economics minor from St. Arleta, Calif., helped to lead the workshops. His personal billboard message, #HelpAmericaLoveAgain, was based on a Donald Trump slogan. “I included a variety of people in non-skin tone colors — so green, yellow, blue and purple-colored people — that all had different features. I used this as a way to deconstruct how society defines people through race, gender identification and other aspects.”

“A lot of the work I do relates to my identity as a minority at a predominantly white campus. Making these works also helps me learn a lot about myself and my identity as I am still trying to figure that out, and how best to express it through art.”

Avalos is the oldest of four and understands how to work with the children.

“A lot of them had trouble simply grasping the idea or choosing an idea to commit to. I think that was our biggest role, helping them out in this step and being their catalyst. I saw this mimic my practice here at Denison in the sense that our professors play the same role for us. I see our professors as the catalysts that get our ideas flowing and help us secure our ideas,” said Avalos.

He added, “Once they secured their idea, all creativity was let loose and their papers were filled with collage, drawings, pastels and other media.”

When the children’s “billboards” were complete, Wilson scanned the works and transformed them into a black and white newspaper that was distributed through the McGuffey Elementary, The Works Museum, Newark Library, Sparta, and all three River Road Coffee locations.