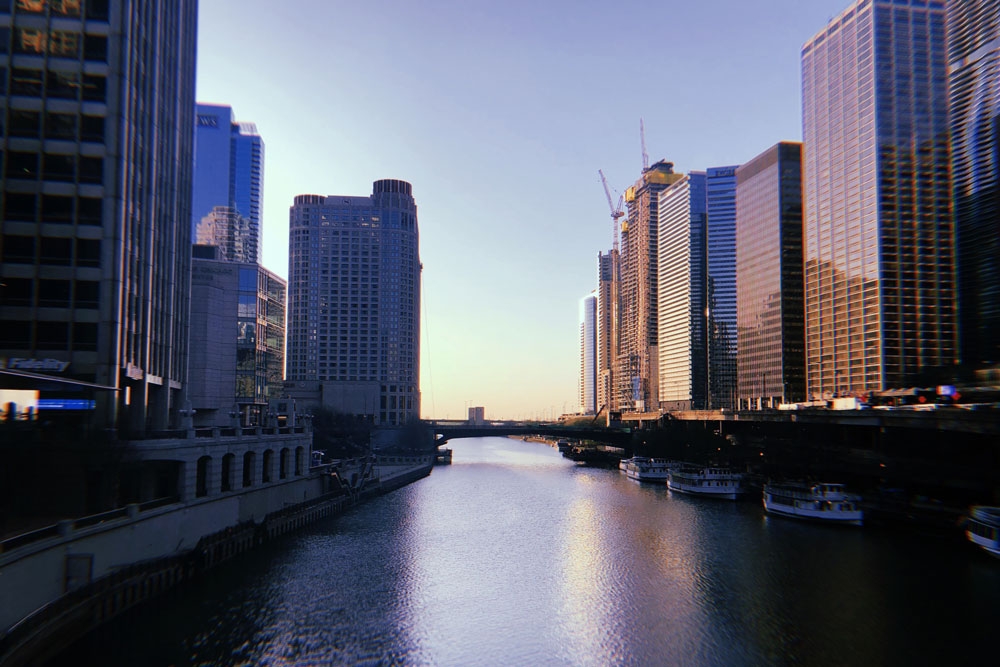 Denison students reflect on Between Coasts #3 in Chicago

How can we better tell stories of middle America?

The objective of the forum was to advance honest journalism and inspire narratives from so-called flyover states or places that are often underreported by major news outlets.

Denison students joined in on the conversation. Here are their dispatches on the lessons they learned:

The challenge of journalism is to craft a narrative reflective of the reality of the situation. Not only does it take a talented journalist, but it requires knowledge of a community to get it right, particularly in places like middle America.

For example, Elizabeth Catte, author of What You Are Getting Wrong About Appalachia, aims to unpack the historically imbedded stories of a disparate Appalachia and offer a reality of Appalachia in her work. Her book reclaims a narrative about a region that often feels abandoned by the rest of America. At the conference, she explained that writers like J.D. Vance follow a history of archetypal narratives of the region that universalize the culture of Appalachian people.

Good journalism in Appalachia is pursuing alternative stories beyond the “racist next door” coverage; it’s about telling the nuanced stories. Storytellers who invest in communities and people will find deeper truths, she seemed to say.

“We do it because there’s a culture to protect that lives between the coasts — a culture that a single story or election cycle can’t explain,” said Catte.

Engaging people who are skeptical is not only the act of storytelling, but also the duty of any journalist. All it takes is commitment and talent to make good journalism, said David Von Drehle, columnist for The Washington Post.

Readers crave stories where reporters show empathy, patience, and honesty, and for those stories to be shared, reporters need to build trust with their subjects, as well as the communities they are reporting on. Sometimes, though, reporters are not always given the chance to build the trust that’s needed — sometimes they don’t have the resources to do so.

Which is why integrity and authority also are necessary to good journalism. While audiences tend to shape a narrative, Susan Smith Richardson, editorial director at Solutions Journalism Network, reminded me that it is a journalist’s duty to write with authority and integrity. Language is the only way to show true journalistic values, as it demonstrates transparency, which is dependent upon a reporter’s narrative frame.

That transparency and integrity builds trust between the reader and the journalist.