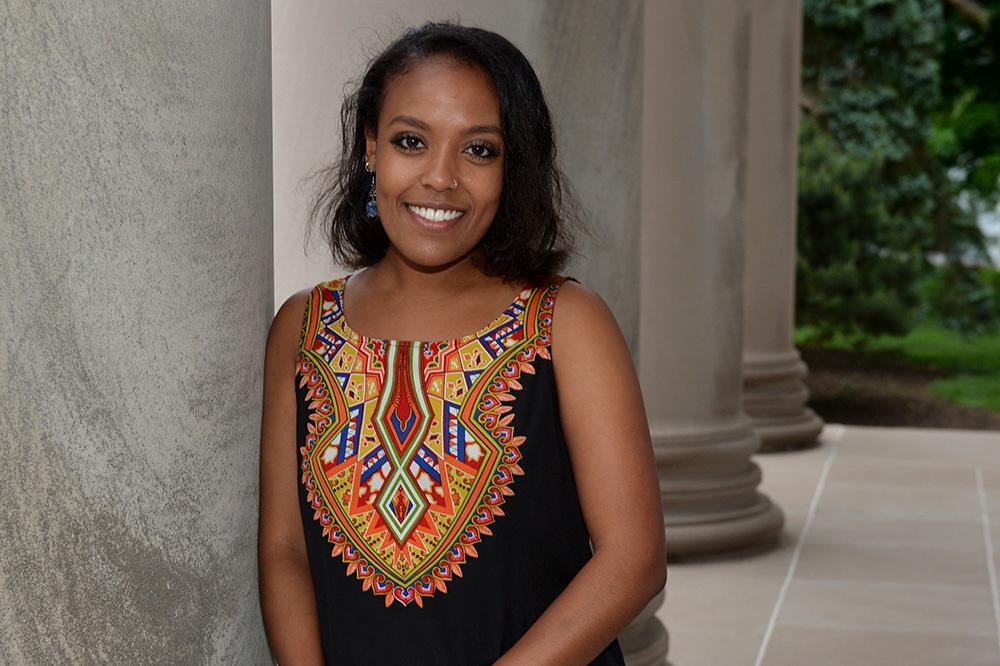 Fitale Wari ’18 found Narrative Journalism immersed her not only in the skills of longform writing but also in understanding the lives of different people in her communities.

I was the first student to show up to class on the first day. I sat in front of the windows in Barney-Davis and silently observed the others filtering in. Apart from the everyday sounds floating up the hill from town, the room was silent. Most people were on their phones and avoided eye-contact with each other. I wondered why no one talked.

My thoughts were interrupted when someone walked in and sat on the table crisscross-applesauce. He wore jeans, a flannel and a black cap. He pulled out his phone and didn’t say anything to anyone.

Minutes passed, and then he started class. He turned out to be the professor—Dr. Jack Shuler, chair of Denison’s Narrative Journalism, a writing concentration open to students from all disciplines.

Despite its being my junior year, I added Narrative Journalism to my studies after taking this class that focused so heavily on writing with empathy. Throughout “Literary Nonfiction,” it became clear to me that I loved learning from others who are different and sharing those people’s experiences.

My sophomore year, one of my professors asked me, “What do you want out of your Denison experience?” It was the most challenging question anyone had asked me yet. One year later, I had an answer.

In “Literary Nonfiction” I practiced writing and storytelling in a way I’d not done so before. From women’s reproductive health rights in Ohio to immigration on college campuses, I wrote heavily researched stories about issues that matter today. I immersed myself in the worlds of my subjects and developed interpersonal relationships with people I would not have met otherwise. I listened to individuals and heard their voices, asked them questions and, most importantly, practiced empathy. I surprised myself by how extroverted and involved I became in my community—Granville and Columbus, as well as other places I lived.

Then, I spent the summer leading into my senior year interning at the Pittsburgh Post-Gazette. I reported stories about the Burgh—stories I pitched, along with ones I was assigned. I held other writing internships and found I was becoming more cognizant of new angles in each story. 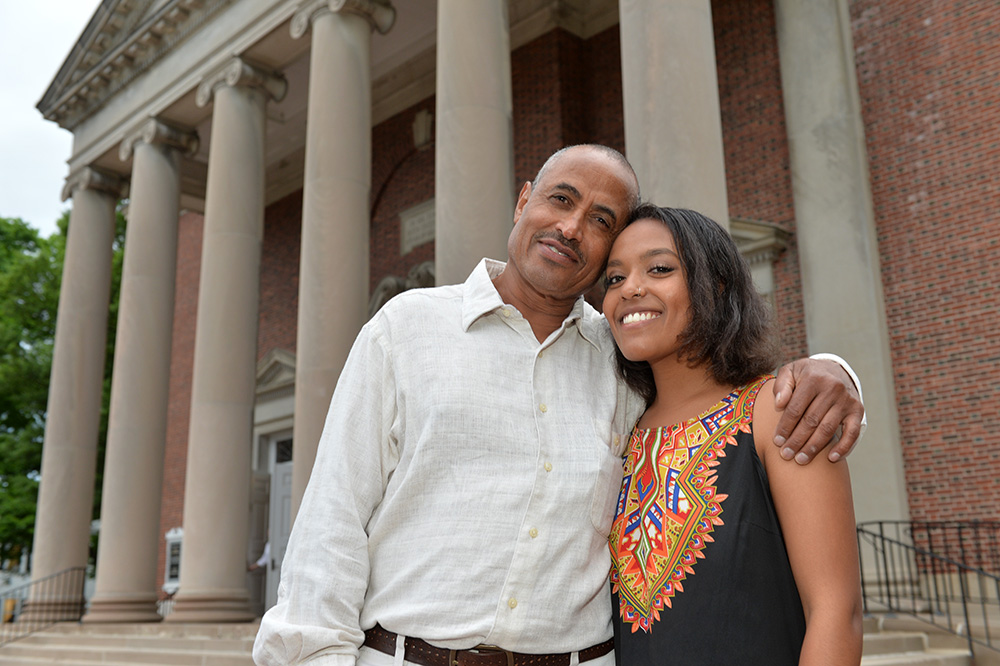 “My parents have always encouraged me in my academic endeavors, and to pursue any task that I started,” says Wari. Her father’s immigration story inspired her senior research project.

My senior year, I had the opportunity to choose my research topic, so I decided to learn more about my family’s immigration to America. Countless nights passed where I read, took notes and transcribed interviews with my dad, only to wake before the following day’s dawn and write.

I studied Ethiopian, American and Soviet ideology focusing on immigration, education and identity issues. I began by exploring the Marxist-Leninist military known as the dergue which infiltrated Ethiopia in the 1970s. My dad, who was my age at the time, left his home to avoid the military and accepted a scholarship to study in the Soviet Union. He then gave up his status in Germany as a political refugee, and eventually immigrated to America. Of course, it wasn’t as easy as I just summarized.

From this project, I realized that education meant life or death for my father; it meant fleeing political persecution and violence from a country he still calls home. As a student researcher in the Narrative Journalism concentration, I was given the freedom to create my project and focus on what matters most to me now: education and immigration.

When that professor asked me what I wanted out of my Denison experience, I felt frustrated when I couldn’t formulate an answer on the spot. Under the mentorship of Professor Shuler, my experience in the Narrative Journalism concentration—primarily my senior research project—is what my Denison experience represents: my ability to form in words the resilient spirit of a person who taught me that anything worth obtaining, especially an education, is worth great fortitude.

Fitale Wari is a 2018 graduate who studied communication and English literature and concentrated in Narrative Journalism. She held internships at The Celebrity Café, Pittsburgh Post-Gazette, Granville Community Foundation and “Between Coasts.” Her writing as appeared in all these places, and more. Currently, she is a Publishing Sales Representative for W. W. Norton, Inc., an independent and employee-owned publishing company.

Denison's Unlocking Potential Campaign helps to make possible experiences like this one and enables the college to continue to build upon its strengths with investment in scholarships, academic innovation, career exploration, the performing arts, student life, and the Annual Fund.