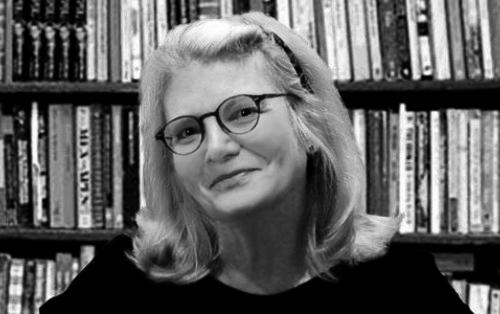 The often shadowy world of private military and security businesses just has been illuminated by Ann Hagedorn ’71. The former Wall Street Journal reporter has recently published her fifth book, “The Invisible Soldiers: How America Outsourced Our Security.”

In this clear and even-handed account, Hagedorn sheds light on the bold new industry of private military and security companies, the many fields in which it operates, and its costs and benefits to our society.

“The Invisible Soldiers” is written as a non-partisan account with an objective viewpoint.

“I’m not taking sides here except to bring the industry under a spotlight and encourage public discourse,” says Hagedorn. “We can’t stop companies from doing what they do: seek markets, make money. However, if our nation is dependent on an industry for defense and security, we have a right to know and to ask questions that lead to more transparency and sufficient monitoring. For example, when the statistics for the casualties in a conflict that involves us are announced, they should include private contractors as well as traditional military. How else can we know the full impact of war?”

While traditional Old World mercenaries typically are defined as hired guns providing armed services, private military and security firms offer a much wider range of both armed and unarmed services, including logistics support, weapons training, air transport, police training, drone operations, interrogation support, and intelligence analysis. They work for governments and corporations as well as humanitarian aid organizations and the United Nations, and often outsource their own work to subcontractors.

Edward Snowden’s case has drawn attention to the fact that 76 percent of the employees at Booz Allen Hamilton, a private security firm, had classified government security clearances, of which nearly half were top secret.

“This blew the lid off the fact that the private sector played a role, a big one actually, in our national security, something that many assumed but did not necessarily know,” says Hagedorn.

“It gave the American public a glimpse at some of the basic features of the privatization revolution in their government. Suddenly people were thinking, well Snowden wasn’t a government employee, yet he had a security clearance that allowed him access to high-level knowledge, and what does this mean exactly?  But of course the questions regarding our security and privacy went beyond the issue of the security clearances at his firm.”

“It was in Michael Gordon’s seminar at Denison on the Spanish Civil War that I realized that the happiest moments in my life were when I was doing research and writing.”

Private security work often is contracted out in the name of efficiency, but there may be a price to pay in effectiveness. Hagedorn points out that privatized defense and security may appear to be the most efficient approach, but the most effective strategy to succeed might not be the quickest.

“These firms promote themselves as “on-call” businesses, ready to respond quickly, able to avert the long process of democratic debate. And, true, democracy slows things down, in order to exercise restraint, so that there will be discourse and a process of decision-making. Turning to private military and security companies is a way to avert such discourse. And a military and security complex that is not transparent to the legislative body entrusted by citizens to assess options that are best for the nation could be viewed as a potential threat to democracy. Dependence on private contractors clearly allows the government to operate under the radar of public scrutiny.”

Hagedorn says that to answer the question of whether or not privatized defense and security is cost effective is not easy and probably not possible at this point; there has been no complete forensic accounting study, though there are congressional reports that reveal aspects of it.

“It’s very difficult to figure out cost effectiveness in privatized defense, in part because of the subcontracting and the international scope of the industry of private military and security companies,” Hagedorn says.

“For any single contract, there can be layers of subcontractors, often recruited out of Africa. There are a lot of questions about the cost effectiveness, but what about the human cost?” she asks. “I mean, the more the citizens of a nation are removed from the job of its defense and security, and, for example, aren’t aware of the total impact of war, including all casualties in any given conflict, the casualties of private contractors, as well as traditional military, the easier it is for citizens to lose a personal connection to the defense of their nation, and, of course, the easier it is also for policy makers to engage the nation in conflicts.”

In preparation for the book, Hagedorn devoured military and academic studies, scrutinized government reports, and interviewed colorful key players. Pulling together the strands of a complex and intriguing story, she takes the reader to a military think tank in Kansas, an exclusive club in London, hearings in Washington, D.C., and a hotel in Switzerland, where international gatherings took place to determine ways to monitor armed security contractors worldwide. Investigating is partly a matter of persistence, she says.

Hagedorn’s background in history prepared her well for a future career as a journalist and author. “It was in Michael Gordon’s seminar at Denison on the Spanish Civil War that I realized that the happiest moments in my life were when I was doing research and writing.”

A big influence from her Denison years was Bill Nichols, emeriti professor of English, who arranged for her to spend time at Yale University during her senior year to do research at the Beinecke Library, an experience that she says “changed her life.”

And then there was Coach Ted Barclay at Denison, who taught her the art of scuba diving. “I used to don my scuba equipment and sit at the bottom of the pool to get away from everything and think about whatever my research and writing projects were at the time.”

In the book’s acknowledgments, Hagedorn says the influences for The Invisible Soldiers included the public intellectual and theologian Reinhold Niebuhr, now deceased, and the historian and author Andrew J. Bacevich.

“Humility requires us to see ourselves without blinders, and Niebuhr demands that of us as citizens of a democratic nation,” writes Hagedorn. “Bacevich shows us why we must listen to Niebuhr, whom he calls ‘the most clear-eyed of American prophets.’ I appreciate them both for their efforts to understand our nation and to inspire their readers to want to make a difference in its future.”  Hagedorn hopes to inspire her readers to care about their nation and to ask more questions about its defense and security.

Thoughts about future projects are already underway. Always a historian, Hagedorn is drawn to projects where myths interfere with historical accuracy.

“A big contribution all writers of nonfiction must make is to seek the truth not only for readers now but also for future historians,” she says. “ A writer’s job is largely focused on the present, of course, but we also must be dedicated to the generations that follow us. We have an obligation to try and get it right.”

Hagedorn’s previous books include “Wild Ride: The Rise and Tragic Fall of Calumet Farms Inc.,” “Savage Peace: Hope and Fear in America 1919” and “Beyond the River: The Untold Story of the Heroes of the Underground Railroad.”

She earned a B.A. in history from Denison and master’s degrees from the University of Michigan and Columbia University.

For more about Ann Hagedorn, visit her author page at Simon and Schuster.