Bringing the lab to the people 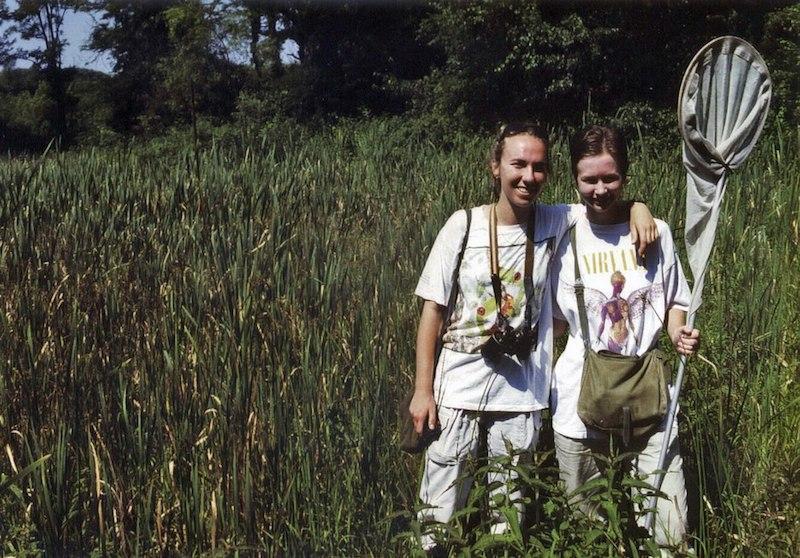 Holly Menninger ’00 (left) is on the forefront of a new trend called citizen science, a method of research that crowdsources data from the public.

Today’s cutting-edge scientific research is moving out of laboratories and into people’s homes. Holly Menninger ’00 and her colleagues at “Your Wild Life” lab of North Carolina State University are on the forefront of a new trend called citizen science, which engages the public in meaningful research about everyday events.

Your Wild Life recruits ordinary people to one (or more) of 11 projects, such as “Cat Tracker” to “Your Bacteria: Belly Button Biodiversity.” The lab conducts its research by asking questions about the things living “in, on, and around” people in their day-to-day lives.

“Citizen science, or crowdsourcing, is super helpful when there’s a lot of data to collect and researchers can’t do it all themselves,” says Menninger. “But the public can do more than that. It also can offer unique insights into the data.” Her lab regularly asks their participants to lend a hand in hypothesis-creation and data-analysis, as well to provide information for scientific research.

“Working with the public has enabled us to ask and answer questions far greater than scientists could do alone.”

Menninger’s interest in science and in communicating with the public about its ramifications began in her high school years when she volunteered as a docent at Cincinnati’s Museum of Natural History.

At Denison, she continued her enthusiasm with scientific research every summer of her college career, including a research assistantship for the Duke University Lemur Center on a trip to Costa Rica, and working with Professor Tom Schultz of the biology department on bio-monitoring butterflies, dragonflies and damselflies throughout central Ohio. This research culminated in senior honors research for which she directed her own project on damselflies.

Menninger sees herself as a ‘science communicator’… her liberal arts education gave her the tools she needs to communicate effectively.

Menninger’s interest in research continued through her time at the University of Maryland, where she earned her doctorate, and it wasn’t long before she found herself talking with the public about science again.

In her role as a senior public affairs associate with the American Institute of Biological Sciences, Menninger communicated the benefits of scientific research and education to federal and state policymakers. She moved on to serve as senior extension associate in the Department of Natural Resources and as coordinator of the New York Invasive Species Research Institute at Cornell University. In that work, she brought together research scientists, land managers, policymakers and citizens in order to communicate (and sometimes translate) scientific findings relevant to the protection of New York’s natural resources against invasive species.

No matter where she has been working, Menninger sees herself as a “science communicator,” translating science to make it accessible to the public.  “I believe scientists have an obligation to share the outcomes of their research with the public, especially those who are using tax dollars.”

That’s a task sometimes easier said than done. Menninger emphasizes the need to be able to write clearly and persuasively, as well as the necessity of being able to communicate with different audiences. Her liberal arts education gave her the tools she needs to communicate effectively. “Throughout all my classes at Denison, the emphasis on writing and speaking was incredibly helpful and formative.”

Menninger has advice on how to communicate the complexities of scientific work to the average person. “Be able to answer the question ‘Who cares?’ ” And be succinct. “If you’re in an elevator with someone, can you explain your research and why it matters in two minutes?”

Menninger credits the success of Your Wild Life to this approach. “We make it personal and relatable and then connect it back to people’s own bodies and health.”

That’s what it’s all about, in the end. When everyday people get involved in the process of scientific discovery, their scientific literacy improves, and they are empowered to engage with science intelligently and without fear.