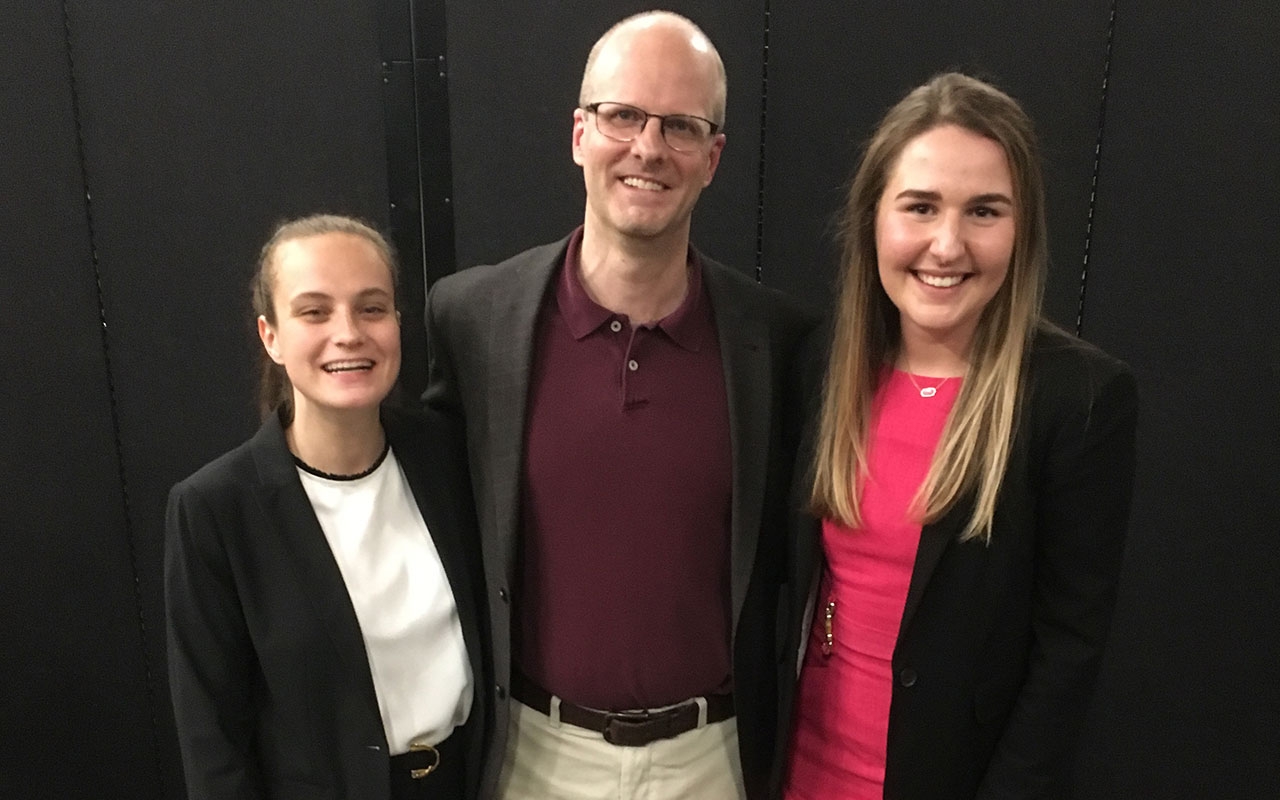 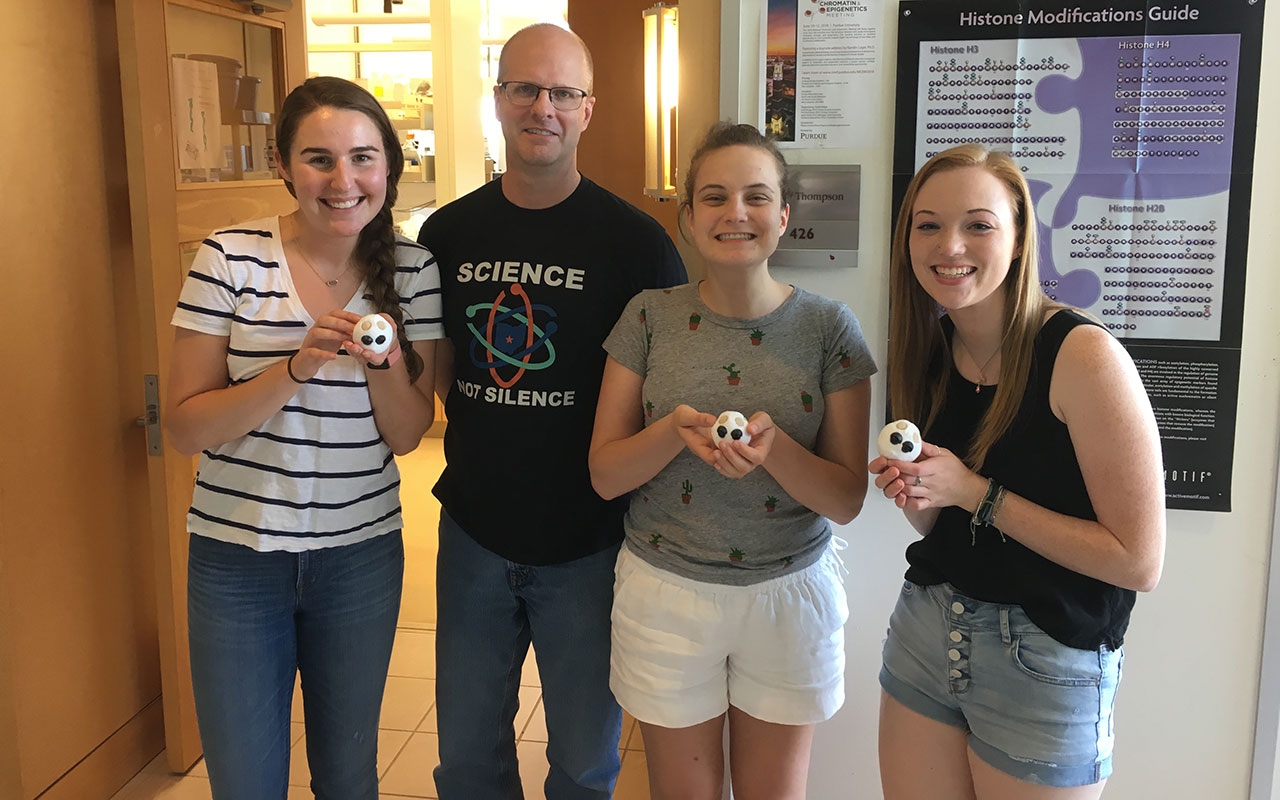 Great research requires great mentorship – that’s exactly what senior biology majors Rachel Reardon ’19 and Amanda Walsh ’19 have found with Professor Jeff Thompson. Reardon and Walsh began working in Thompson’s lab their freshman year. Now, as seniors, they are looking back on their years with him and the opportunities they found — in his lab and through his mentorship.

Reardon first connected with Thompson because she was curious about research as a first-year, and asked for his guidance. “If you take the initiative, the faculty here are so passionate about helping you grow as a student and as a researcher,” she says.

It’s rare to be in one lab for an entire college career and develop these skills under that consistent guidance. Reardon and Walsh’s first year of research was focused on the basics, such as how to use lab equipment and exploring the scientific method hands-on.

During the fall of Reardon and Walsh’s first year, Thompson decided to take a leap in his research, embarking on a new, unexplored line of investigation. “Making this decision also motivated me to take a chance on two scientific novices, who took a chance themselves in asking for the opportunity to work in my lab early in their time at Denison,” says Thompson. “They dove head-first into this project, accepted the risks, took on the challenges, and drove this project forward at a pace that I couldn’t have anticipated.”

Both students have found Thompson’s patience and guidance valuable. “Dr. Thompson has mentored us both through the research process, and given us more autonomy and control over our research as time goes on,” says Walsh. “He continues to push us in new ways.”

“We were really lucky we started working with him so early on,” Reardon says. “He walked us through our whole development as scientists and as researchers. I would not be half as confident in the lab, or as a scientist without his guidance.”

While Reardon and Walsh were learning from Thompson, he was also learning from them. Although Thompson could technically have completed his experiments more quickly working solo, both parties learned and accomplished more by working together, and he was able to play a part in training the next generation of scientists.

“I’ve gained an enriched perspective on our project, because now I have two veteran researchers regularly suggesting new paths of inquiry and challenging my own views on our discoveries,” Thompson says. “I am utterly indebted to Amanda and Rachel, not only for the work they’ve done on this project, but also for making me a better scientist.”

“He walked us through our whole development as scientists and as researchers. I would not be half as confident in the lab, or as a scientist without his guidance.”

In the summer of 2018, Thompson helped the two seniors gain an opportunity to present their research at Purdue University at the Midwest Chromatin and Epigenetics Meeting. They presented a poster of their work, and were able to connect with experts and other research mentors. “It was a great experience, says Reardon. “We connected with experts in the field that have since helped us with our work.”

Walsh was able to reconnect with her research mentor from high school, who has since connected with another Denison student for a possible summer research opportunity.

Though it was overwhelming at first, attending the conference gave Reardon and Walsh the chance to see their work as graduate level research. “The longevity of our study has put us into that league,” Walsh says. “We were able to see how our work fits into the context of the field as a whole,” says Reardon.

“We have made astounding progress, discovering a biological phenomenon that represents truly uncharted scientific territory,” says Thompson. “It is all because of their relentless enthusiasm, dedication, and passion for this work.”

Reardon and Walsh’s advice for younger students is to put yourself out there and not be afraid to seek out research opportunities. “If you don’t ask, the answer is always no,” says Walsh. “People will be eager to help.”

As second semester seniors, Reardon and Walsh both have plans to attend medical school in the future.

A note about their research: Reardon and Walsh’s research focuses on categorizing cell responses to UV damage, including examining non-genetic heritable changes to the cells. Reardon is specifically working with histone modification, and how those changes are inherited. Walsh is focusing on cell wall dynamics and how the cell responds to repeated UV exposures.