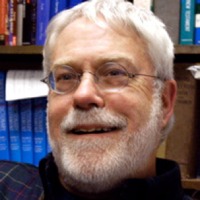 As Peter Gomes remarked (The Good Book, 25), “To read is to interpret.” Van Broekhoven’s special interest is in the interpretation of the Bible with a mind to the particular historical and cultural worlds in which the text came to being and has been interpreted.

Van Broekhoven’s research interest has centered on the use of interpretive models for recovering the social worlds within which the Bible was written, as well as the use of classical rhetoric by the biblical writer. He also participated in archaeological digs in the Galilee, Israel at Yodefat and Cana. He is currently working on a manuscript interpreting Colossians for a pluralistic age. See also the following:

Senior Research directed or co-directed, include: