Finance & Management | Michael D. Eisner Center for the Performing Arts
Denison University has announced a new performing arts building, made possible in part by a grant from The Eisner Foundation.

Denison University has announced a new performing arts building, made possible in part by a grant from The Eisner Foundation. The new center will be named The Michael D. Eisner Center for the Performing Arts. Michael Eisner is a member of the Denison Class of 1964, a Life Trustee of the college, a former chairman and chief executive officer of the Walt Disney Company, and founder of the Tornante Company.

“We are thrilled and very grateful for this transformational gift from The Eisner Foundation that will impact Denison and our community for decades to come,” said Denison University President Adam Weinberg. “More than 40 percent of Denison students participate in the arts in some way. The Michael D. Eisner Center for the Performing Arts will generate even more opportunities for our students to create and participate in music, theater and dance. This is a profound gift, to our college as a whole, to our student artists and outstanding faculty, and to those with a deep appreciation of the arts.” 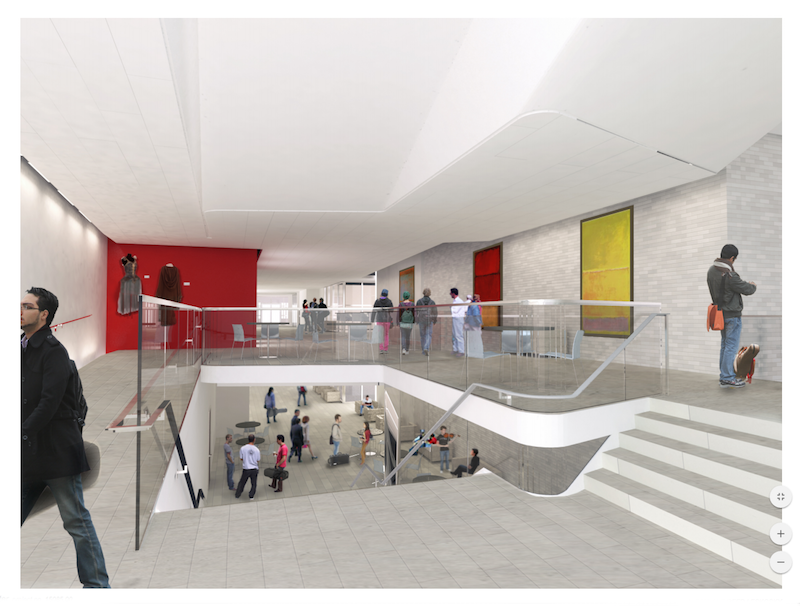 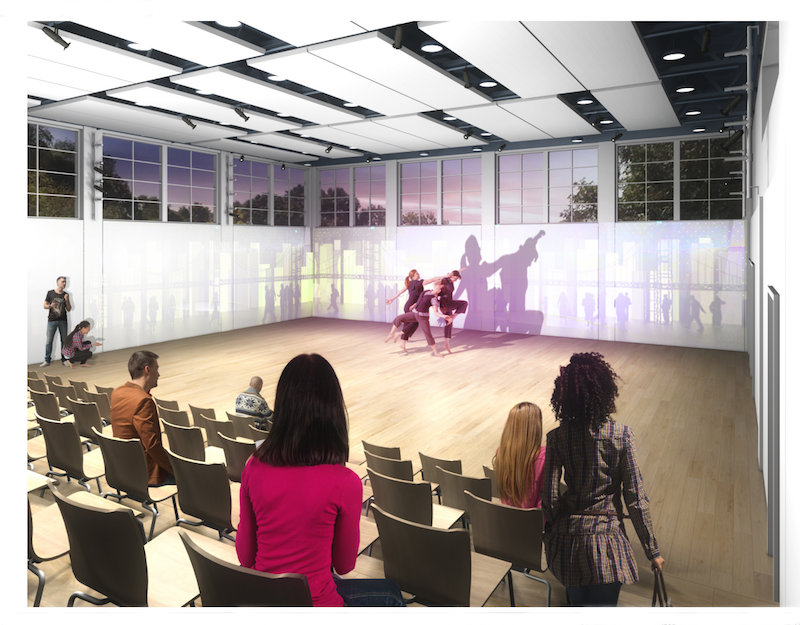 “The relevance of the performing arts in our individual lives and in society cannot be over-emphasized,” said Eisner. “The arts are relational. They can unite us across differences; they can give us new insights, and they should exist in an inter-disciplinary environment as in this new building. There has never been a time when the arts are more important than today. We are happy to support Denison’s commitment through this gift.”

Today’s grant is the most recent in a legacy that Eisner has created at the university. In 2008, Eisner funded a professorship in honor of the late Dominic Consolo, a favorite professor. Eisner, who majored in English and in theatre at Denison, wrote in a memoir, “Work in Progress,” that Consolo, who “stood on his desk to lecture [and] loved poetry, became one of the inspirations for the Robin Williams character in ‘Dead Poets Society.’”

“In considering all this today,” Eisner said, “the lessons from Dominic, from Ed Wright in the theater department, from Denison in general, set me on a path from usher at NBC, to ABC and Paramount, and The Walt Disney Company. Even the Denison hello prepared me for the Disney smile.”

Of the Eisner Center, actor Jennifer Garner, a member of the Denison Class of 1994, said, “Music, theatre and dance have always been an important part of the Denison experience. With the Eisner Center, our facilities and performance spaces will finally match the level of talent, passion, and ambition in the young men and women growing up in its halls.” She added, “In building this stunning new center for the performing arts — where students can practice, rehearse, collaborate and perform together — Mr. Eisner is building dreams for generations of students, and making this old alum very jealous.”

The Eisner Center will be home to the departments of music, dance and theatre, creating a dynamic, interactive space where students can collaborate across disciplines. While faculty and students already partner on projects that span their areas of interest, the Eisner Center will provide more and better opportunities for that engagement to happen, as well as larger, adaptable performance spaces to present their work for the Denison and local communities.

Denison’s active commitment to the arts is evidenced by the more than 80 performances each year that take place at the university. These span the arts of music, theatre and dance and reach thousands of students, faculty, staff and members of the community. In addition to these, dozens of student-run productions in theatre, a cappella music, improvisational comedy and dance are held annually.

One among many outstanding opportunities for the performing arts in Denison’s music department is a concentration in Bluegrass music — a rarity for liberal arts colleges. Established in the early 2000s, the program has exploded in the last decade, and the college now hosts multiple student bluegrass ensembles that perform to acclaim on campus and at national and international venues. 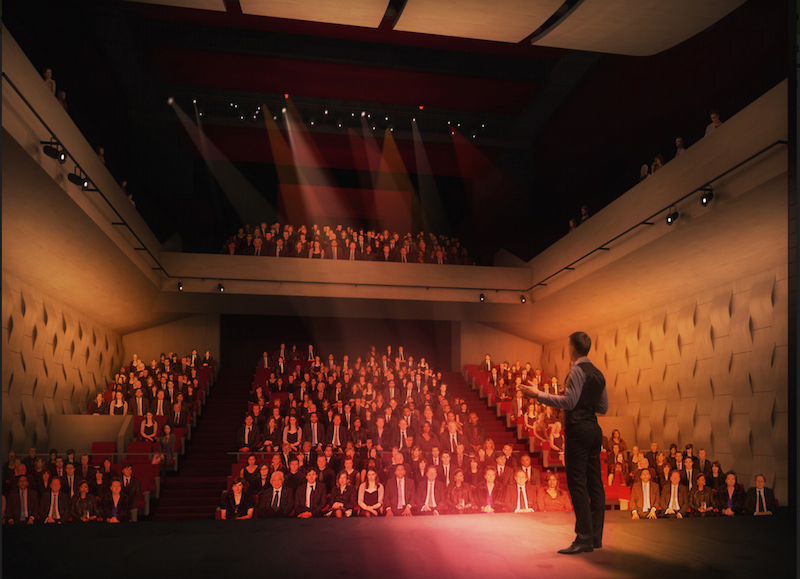 Theatre is a vibrant presence at Denison, with four productions each year which give students the opportunity to perform on the stage as well as to gain skills and knowledge of the backstage arena. Denison’s After School Drama Club takes theatre to the local elementary schools throughout the year. Students are introduced to a variety of theatre forms, including drama and comedy, and they perform alongside Denison undergraduates.

Dance also is a thriving art form at Denison, attracting many students from across disciplines who explore the physical and intellectual connections of language, culture and development through movement. Student works are featured each semester and senior dance majors present their thesis concerts each spring.

“The Eisner Center will serve the entire community as a performance space, uniting multiple generations,” said Michael Morris, director of fine arts programming. “The arts have a demonstrated and profound impact on society. We are absolutely delighted with this gift.”