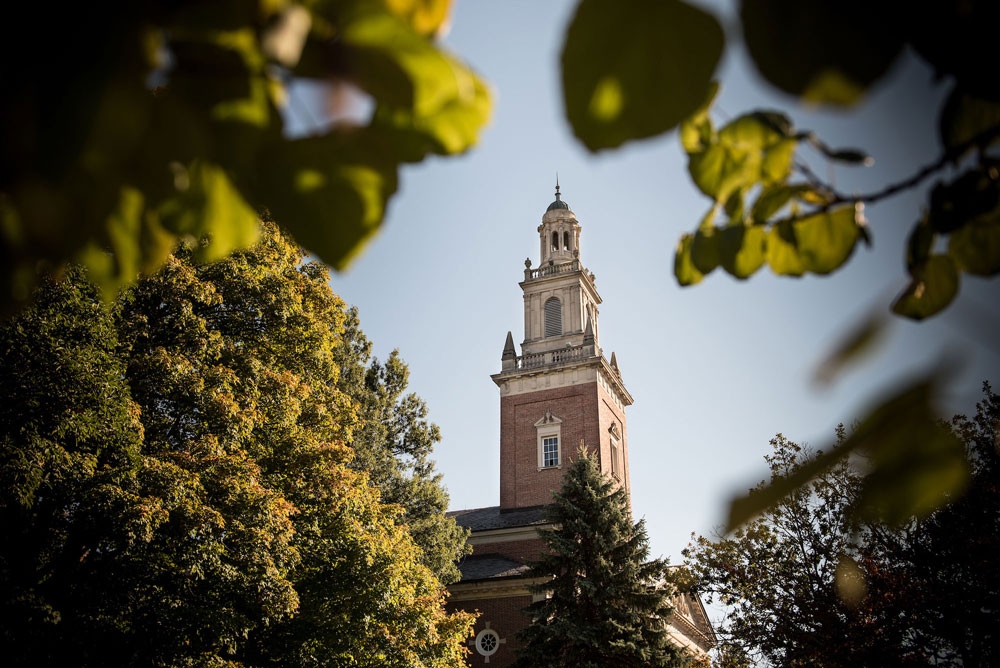 Denison University President Adam Weinberg has issued a statement about the Deferred Action for Childhood Arrivals (DACA) program. In a communication to the Denison campus on Tuesday, Sept 5, Weinberg noted:

Earlier today, President Trump announced that he has decided to end DACA while giving Congress time to replace the policy with legislation before it fully expires on March 5, 2018. DACA stands for Deferred Action for Childhood Arrivals and is a five-year old program that permits those brought to the U.S. as children but without legal documentation to pursue jobs and education. A change in DACA will have direct impact upon several Denison students and has important implications for other students, faculty and staff.

In response to this decision, I have written a letter with the Presidents of Kenyon, Oberlin, the College of Wooster and Ohio Wesleyan in support of DACA. That letter has been sent to our congressional representatives asking them to stand with us to safeguard this path to higher education by maintaining these protections.

The letter reads in part:

“DACA students – who have defied every obstacle in order to pursue education at our colleges and others around the state – are persistent, talented, and successful members of our academic communities.  They grew up in our country, excelled in its high schools, and now stand ready to contribute to our nation.  Cutting short their educations through threatened deportation denies them – and us – the promise of that future.”

You can find the full letter on Ohio5.org

While I am hopeful that Congress will move quickly to create legislation for young people caught in this bind, I am incredibly disappointed that President Trump has taken this position without the legislative gap first being closed. It stands against my values and I believe the values of this college. You might read the following statement by American Council of Education President Ted Mitchell, which I believe is an excellent summary.

We are working with our DACA students to determine what needs they may face and what protections we can put in place. Besides them, we have many students, faculty and staff whose families, friends and communities will be impacted by the end of DACA. I would ask for everyone on campus to be attentive to these issues and their impacts. A belief in diverse communities is a core value of this college, but it must go beyond the demographics of who is here; it is also how we stand with and support each other.

I also encourage students, faculty and staff who have views on DACA to share those views with your congressional representatives. Denison’s mission is to educate and inspire students to be autonomous thinkers, discerning moral agents and engaged citizens. This issue will be decided by Congress over the coming months. It provides a chance for all of us to exercise our rights and obligations as citizens.