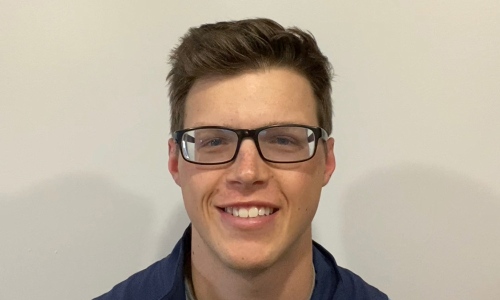 If you watch football, you may have noticed more teams going for two-point conversions instead of kicking extra points. Perhaps you’ve also observed more teams going for it on fourth down, rather than punting. These are only two of the more obvious changes rippling through the sport thanks to the rise of data-driven analytics in the sport — a movement that revolutionized basketball and baseball decades ago.

Part of the reason football has been slower to adopt analytics is that the sport is simply more complex, says Matt Iammarino ’18, who joined the Tennessee Titans in August as the team’s first analytical research hire, working in their scouting department. “It’s not like a pitcher and a batter (in baseball.) When you have a run play, there’s five or six people blocking, there’s a running back, there’s receivers blocking,” says Iammarino. “Where it’s difficult in the NFL is trying to quantify who is doing what on each play.”

Growing up in the football hotbed of northeast Ohio, Iammarino was immersed in the game from an early age. From Pee-Wees through high school, where he played for his father Mark, and on to Denison where Matt caught 36 passes and scored four touchdowns as a wide receiver for the Big Red, football has always been a part of his life.

Iammarino was also immersed in numbers. He gravitated toward computer programming in high school and majored in computer science with a minor in math at Denison. During his junior year, the school instituted a data analytics major, and that’s when Iammarino began to see a path where he could combine his two passions.

Working on a variety of projects in his spare time at Denison that piqued his interest — like whether teams who converted a higher than normal rate of thirddown plays into first downs were likely to regress — Iammarino was able to show the Titans tangible examples of his methodology and research. Of course, providing information is only half the job of an analyst.

“One of the things I learned at Denison is that technical details are very important, but you have to be able to communicate what you just did to a general audience,” Iammarino says. “The goal of an analyst is not to tell the decision maker explicitly what to do. It’s giving them more information so that they’re able to make that decision.”