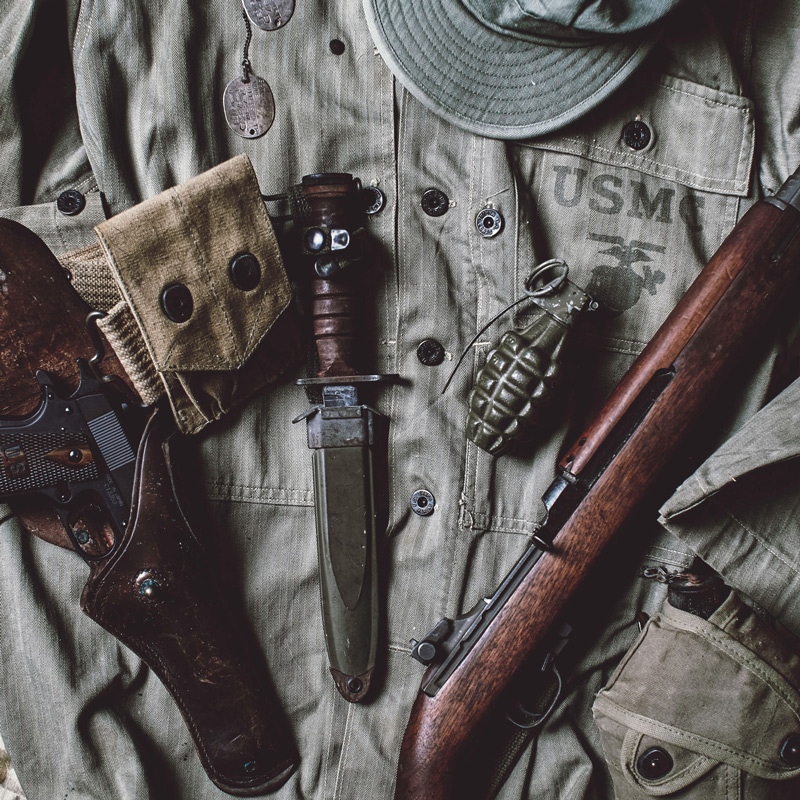 At the start of WWII, most of the Marines deployed were in the Pacific Theater of Operations. Their principal strategy was called “island hopping”—an effort of systematically capturing strategic islands ranging from the Solomon Islands near Papua New Guinea to Okinawa in the South China Sea. The Marines’ training and capabilities in amphibious assault were an essential component of the strategy. The first major Allied offensive in the Pacific was a Marine-led invasion at Guadalcanal in August 1942. The fierce and bloody battle raged for six months before the Allies forced a Japanese retreat from the Solomons and marked a turning point in the battle for the Pacific. Marine amphibious assaults continued through the remainder of the war, including the infamous battles in the Gilbert Islands, the Marshall Islands, the Philippines, Iwo Jima, and Okinawa. 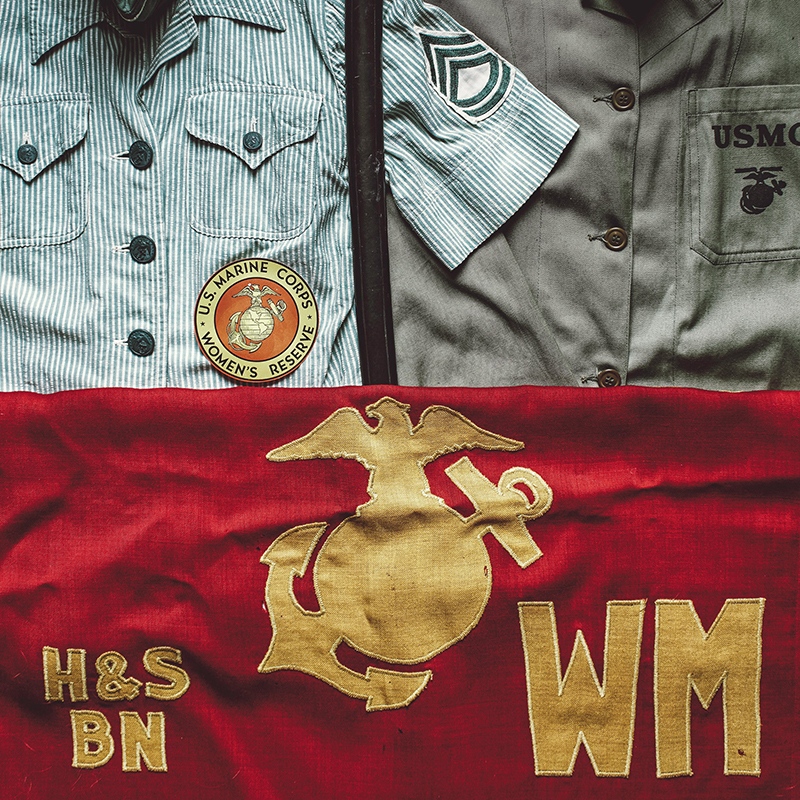 The Marine Corps Women’s Reserve was formed in 1943. Their motto: “Free a Marine to Fight!” The women were trained to perform men’s noncombat jobs, including roles as clerks, mechanics, cooks, gunnery instructors, drivers, cryptographers, and parachute riggers.

When the Women’s Reserve was announced, General Thomas Holcomb’s office was overwhelmed with recommendations about what to call the women Marines. Glamarines, Sub-marines, Dainty Devil Dogs, and WAMS were a few of the suggestions. The general refused them all. “They are Marines,” he said in a LIFE magazine interview. “They don’t have a nickname, and they don’t need one.” 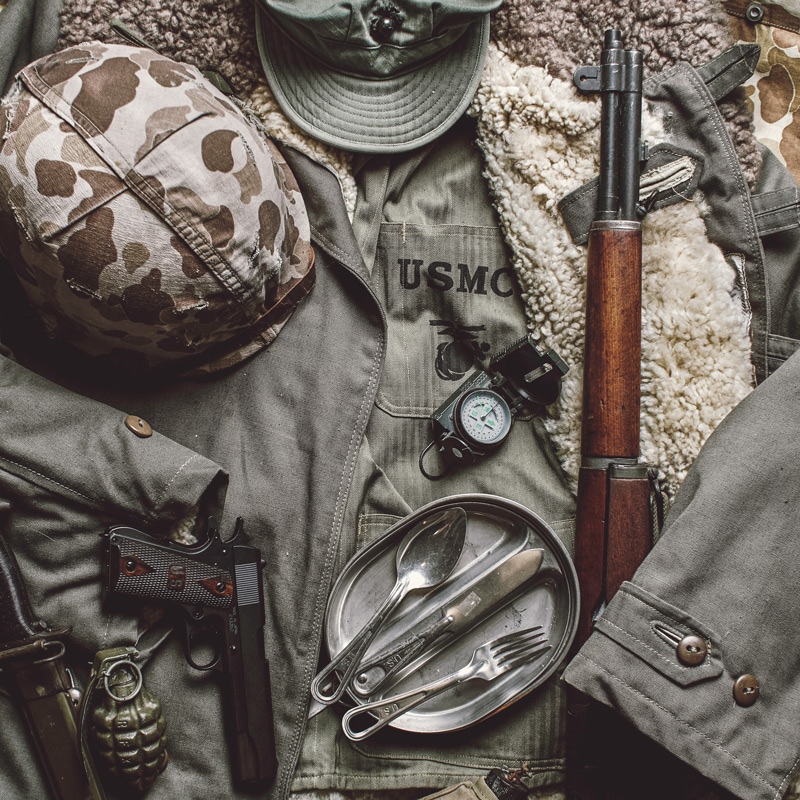 In 1950, one of the greatest tactical errors in modern warfare occurred. General Douglas MacArthur insisted on crossing the 38th parallel and ordered 15,000 soldiers from the Eighth Army and 15,000 Marines into North Korea. As the troops advanced, they reported numerous sightings of Chinese soldiers. MacArthur pressed on. The troops got as far as Chosin Reservoir. There, an estimated 120,000 Chinese troops surrounded the Allied troops, whose only option was to fight their way back to the coast. Between Nov. 27 and Dec. 13, 1950, in temperatures below minus 30 degrees Fahrenheit, Allied forces battled the 78 miles back to the port in Hungnam, where nearly 200 ships amassed to evacuate them. In addition, the ships granted passage to 98,000 refugees. 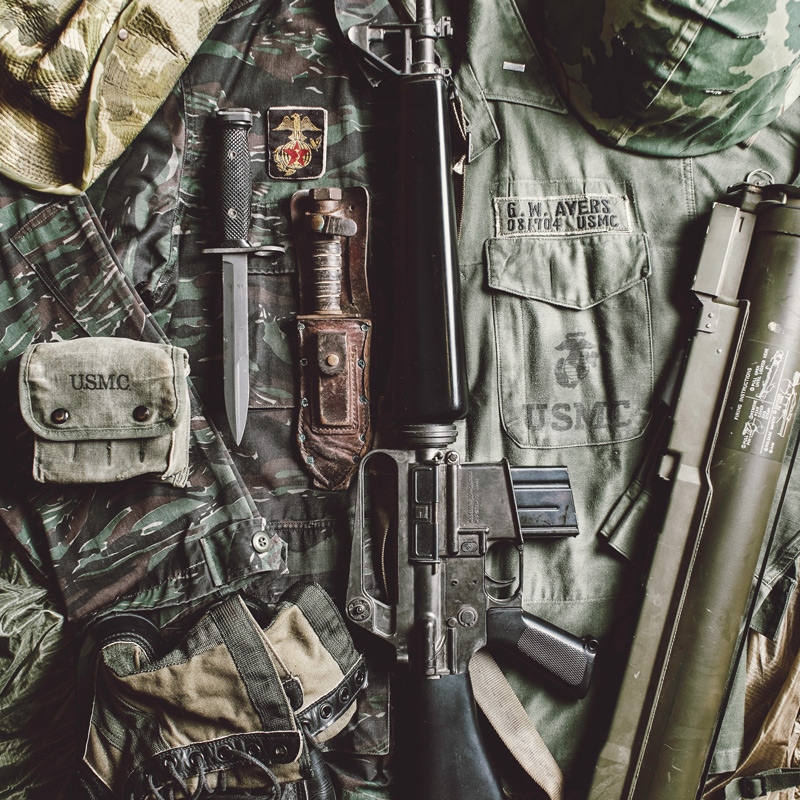 TOTAL NUMBER OF MARINE WOUNDS NOT MORTAL BUT REQUIRING HOSPITALIZATION: 51,392

TOTAL NUMBER OF MARINE WOUNDS NOT MORTAL AND TREATED OUT OF HOSPITAL: 37,202

The first Marines deployed to Vietnam wore utilities and gear designed in the 1940s and 1950s, when natural fibers like cotton and wool were standard issue. However, the tropical conditions prevented natural-fiber clothing from fully drying, and the troops’ uniforms rotted rapidly in the jungle. Wading through swamps and rice paddies, the Marines found that their leather boots retained water, so many men developed ulcerations and infections known as “jungle foot” or “trench foot,” a potentially grave condition if left untreated. The brutal heat often led Marines to risk an enemy bullet by forgoing their heavy flak jackets and steel-lined helmets. Yet fatal heat stroke was also a possibility. Secretary of Defense Robert McNamara had the Pentagon issue uniform modifications throughout the war. 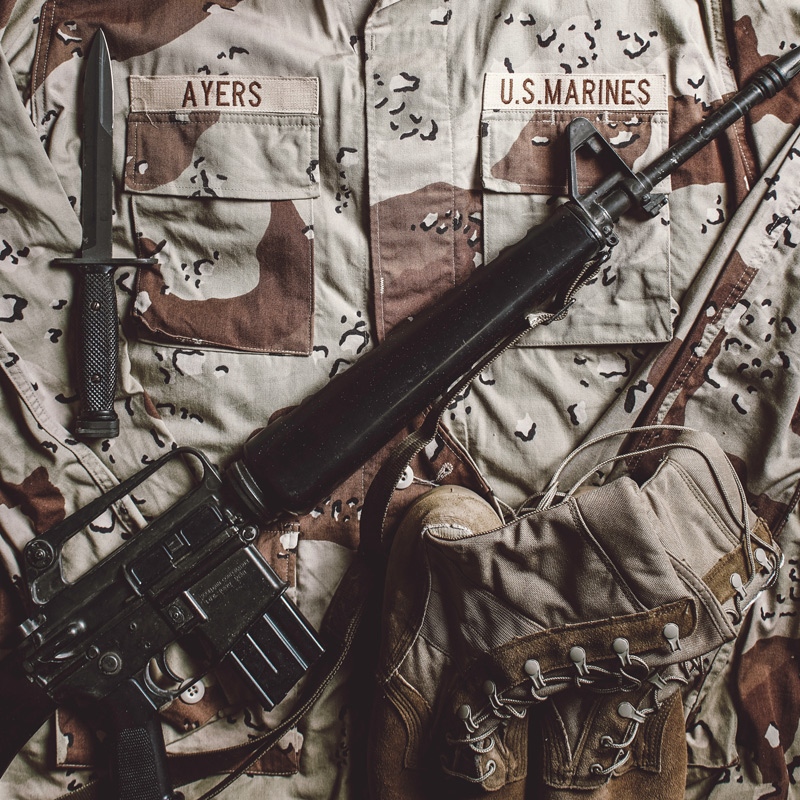 Much of the Marines’ modern outfitting was shaped by the jungle war in Vietnam. The Persian Gulf War required adaptations for Marines to operate effectively in urban settings, deserts, and rocky mountains. 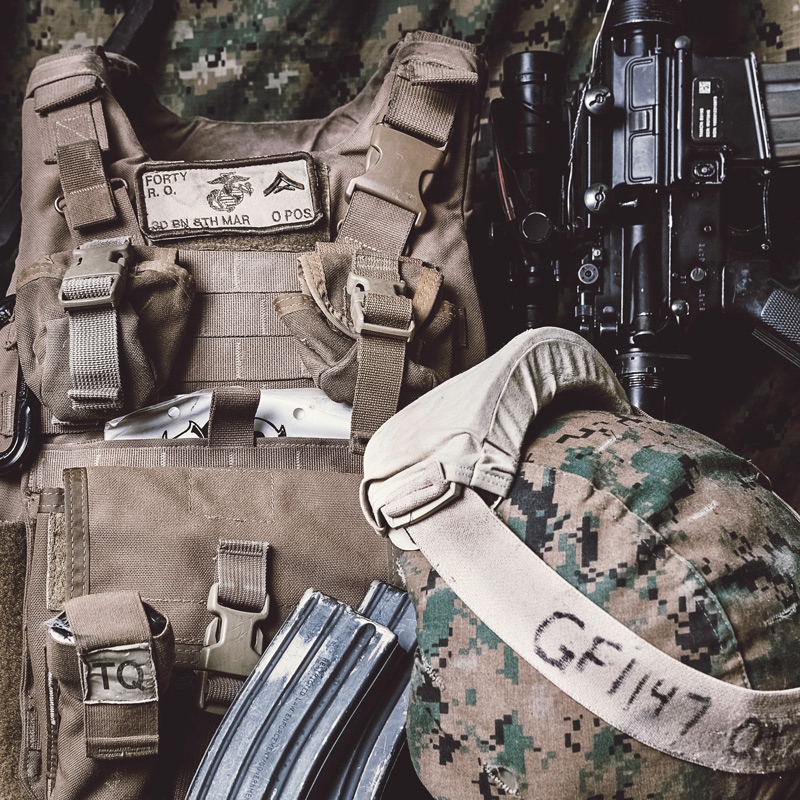 As the variety of global terror threats increased, the gear used by Marines also increased. A Marine combat infantryman carries more weight into the field than ever before. Body armor alone can weigh up to 30 pounds. Add in weapons, ammunition, radio, water, food, night-vision goggles, entrenching tools, etc., and the load often soars to over 100 pounds. The combat load in WWII is estimated to have been 45 pounds. In 2009, General James Conway said, “We are going to have to lighten our load.” The heavy pack weight was resulting in chronic injuries, including stress fractures of the foot and back. 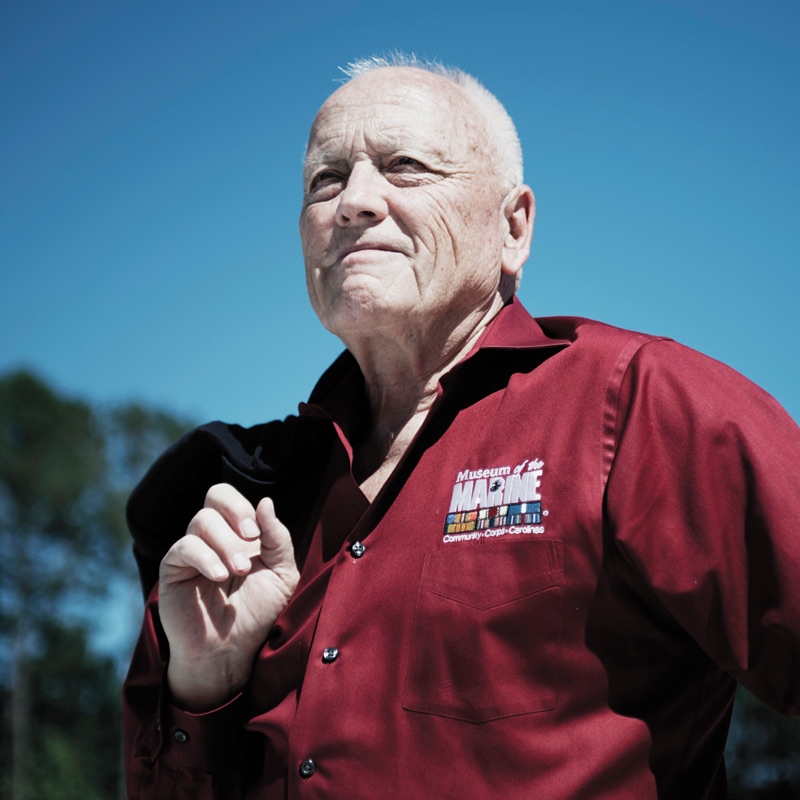 THE MAN BEHIND THE MISSION

Brown had served for 21 years in the Marines. His career highlights include a Silver Star for gallantry in action while serving in Vietnam, teaching economics at the U.S. Naval Academy, and heading the Marine Corps Procurement Budget. “Oh, and along the way,” he says offhandedly, “I earned an M.B.A. in research and development from George Washington University.” When he retired from the Marines, he worked for 10 years as a logistics consultant for the Corps and the U.S. Navy. He then worked an additional six years as the executive director of the Second Marine Division Association, a Marine alumni organization with more than 5,000 members. He is the immediate past chairman of the board for the Museum of the Marine, where he worked 50 to 60 hours a week as an unpaid volunteer. In his spare time, he published a memoir, Battlelines, an award-winning account of his rifle company in Vietnam, and he recently finished a novel about the Marines in Nicaragua circa 1926-1928.