When she announced her impending retirement in February after nearly 20 years as executive director and CEO of the Columbus Museum of Art, Nannette V. Maciejunes ’75 was widely praised as a transformative figure — a vibrant leader who brokered the acquisition of monumental collections and consistently worked to make the museum more accessible to the community beyond experts and elites.

That impact would not have been felt without Maciejunes’ own life-changing experience at Denison, where she majored in art history as an undergrad and later returned to teach classes and manage the Denison Museum on sabbatical from her graduate studies at the Ohio State University.

Her schoolteacher parents were a history buff father and an art enthusiast mother who filled their Bexley home with replicas of famous sculptures such as Michelangelo’s David and Rodin’s The Kiss.

But when she arrived on The Hill in 1971, Maciejunes was majoring in plain old history.

“I didn’t know I was an art kid at the time,” she recalls. That changed when she found her way into an art history class and was captivated.

“She just fell into art history,” remembers Steven Rosen, a former Denison professor and Maciejunes’ academic advisor. Young Nannette made a huge impression on him, and not just because one day she showed up at his office and plopped a furry creature down on his desk — Max, a pet New Zealand red rabbit she’d received as a gift from a boyfriend.

“She was perfect,” Rosen says of Maciejunes. “By perfect I mean she was so bright and so aware and so interested in so much stuff that nothing escaped her view.”

For Maciejunes, who views herself as bad with other languages, art history became a way to connect with other eras and cultures on a visual level. The change in majors also made sense socially because she was making the rounds in the downhill section of campus, largely populated by music, dance, theater, and art students.

In that downhill world, the launch of an art gallery in Burke Hall in 1973 was a big deal. “With the opening of a new museum on campus, that gave lots of kids a different slant on the usual mechanics of getting a degree,” Rosen says. For art history students, the facility now known as the Denison Museum instantly became a venue for hands-on experience. Volunteering there as a junior and senior, Maciejunes picked up the practical skills of running a museum, including how to hang labels and create archival records. Looking back on that time, she reflects, “It probably had a far greater impact on me than I realized.”

Some of the general perks of a liberal arts education laid groundwork for her career, too. Her first experiences abroad were a series of three-week January school trips that took her to London, Paris, and Florence — a prologue to professional travels that would one day send her as far as Russia and Chile. Furthermore, the breadth of a liberal arts education mirrored the multi-disciplinary approach needed to manage an institution like the Columbus Museum of Art.

“In an ideal world, an undergraduate learning experience should be about opening up your mind and teaching you to think and ask questions and wonder and want to explore the world,” Maciejunes says.

Ann Rectenwald Hoaglin ’71, who did not overlap with Maciejunes at Denison but later worked closely with her as a CMA trustee and board president, believes Denison had exactly that kind of impact on Maciejunes.

“She came up through this art history background, so she knows that, but what’s been the most remarkable about Nannette is that she has been able to broaden her skill at being an administrator, a manager, somebody who could look at the broader organization and not just concentrate on art,” Hoaglin says. “I really credit Denison with giving her those skills.” 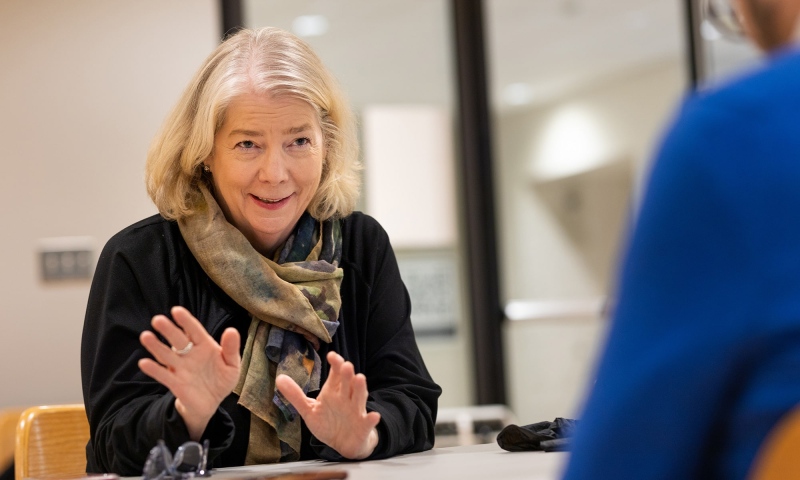 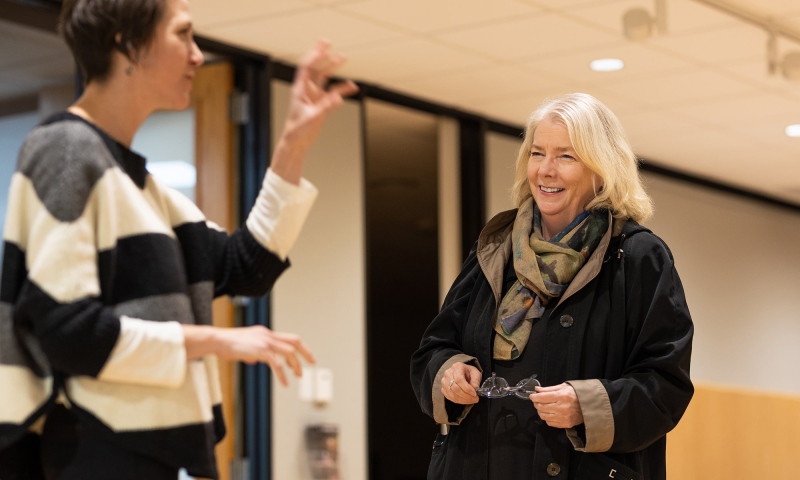 Denison also provided the connection that led to Maciejunes’ employment at the Columbus Museum of Art in the first place. By 1984, Rosen had moved on from Denison to become the CMA’s chief curator, and he jumped at the opportunity to bring Maciejunes on board as a curatorial assistant when an employee from a separate department threatened to hire her if Rosen didn’t. When asked about giving her a foot in the door at the workplace that would define her career, Rosen demures. “She didn’t need a foot in the door. She just knew exactly what she wanted to do, and she jumped right into it.”

That first CMA gig led to a brief stint as the head curator at the Dixon Gallery and Gardens in Memphis from 1989 to 1990, but Maciejunes was soon back in Columbus working her way toward roles as the CMA’s chief curator and, starting in 2003, executive director and CEO. Hoaglin remembers a telling exchange during the hiring process: “She just doesn’t seem like an art museum director,” one board member mused, to which another replied, “Isn’t that great?”

Upon her return from Memphis in 1990, Maciejunes opted to raise her own family in Granville — partially because she and her husband like the area and partially because it created a nice buffer between home and work life. They continue to live within walking distance of the Denison Museum.

Upon retiring in November, Maciejunes expects to stay busy. She wants to write more books, including one about vernacular photography. She plans to keep teaching part-time in Ohio State’s department of Arts Education, Administration and Policy. And she’s looking for ways to benefit her community through supporting causes that matter to her, such as LGBTQ rights.

“I think part of a Denison education,” Maciejunes says, “is (learning to ask): How do you help others? How do you make the world a better place?” 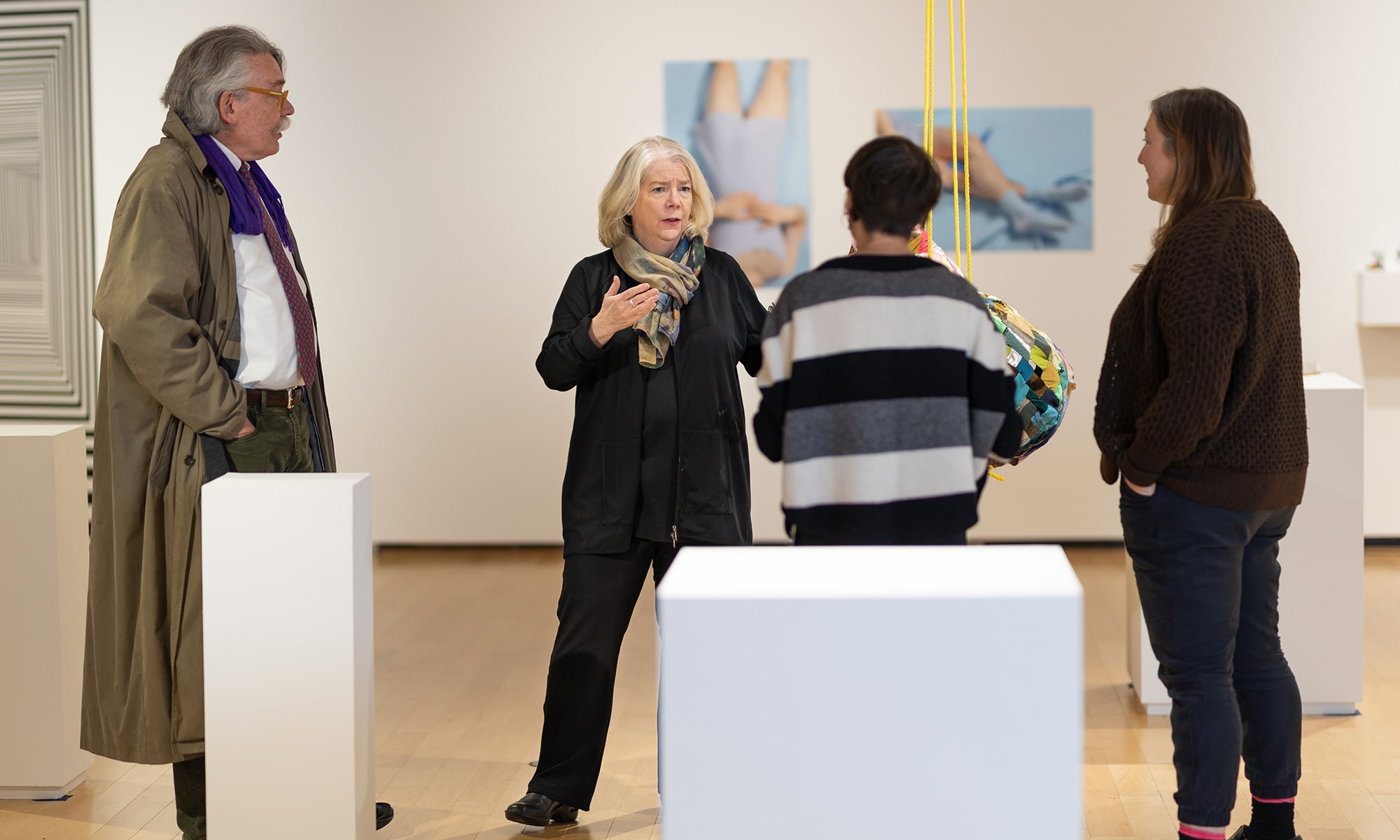