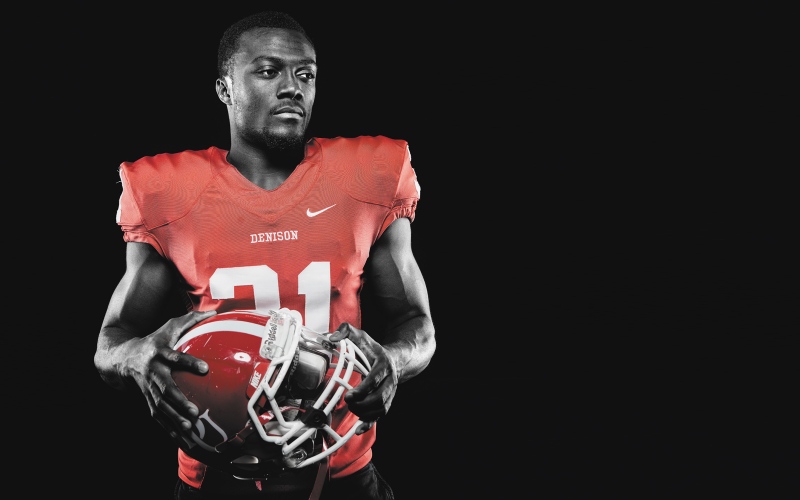 Favorite moment on the field: Getting the game-sealing interception to beat Wittenberg—something that hasn’t been accomplished in 30 years.

Superstitions before a game? I always take a hot shower right before I start putting on my equipment. What do you love about football? It teaches you to be resilient and trust the people around you. 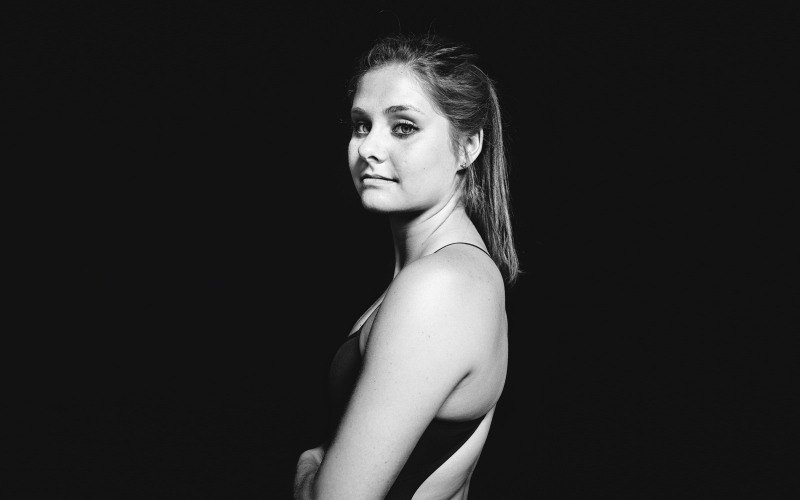 Why athletics at Denison? Coaches, trainers, and teammates become a family. The student body, as well as faculty, staff, alumni,
and President Adam Weinberg all come out to watch our meets (even when NCAAs are held in Texas).

Favorite moment in the pool: Nothing compares to winning two relays at NCAAs with my teammates. Standing on the podium together is a feeling unlike any other.

Why you love swimming: There is some- thing about waking up at 5:15 a.m., train- ing to your limits, and doing it all again the next day. 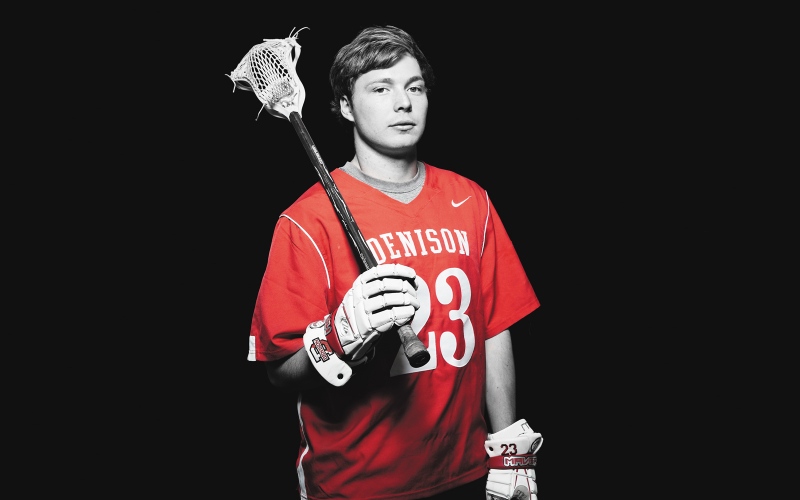 Why athletics at Denison? I wanted to be a part of the Denison lacrosse tradition; I loved the guys on the team; and I knew I wanted to keep playing at the college level.

Favorite moment on the field: Winning the NCAC championship against Ohio Wesleyan in overtime. Nothing can beat being down by four goals with four minutes left and winning.

Why you love lacrosse: The biggest and fastest players aren’t necessarily the best players on the field. You need to be athletic and physical, but the sport also takes a lot of skill and strategy to succeed. 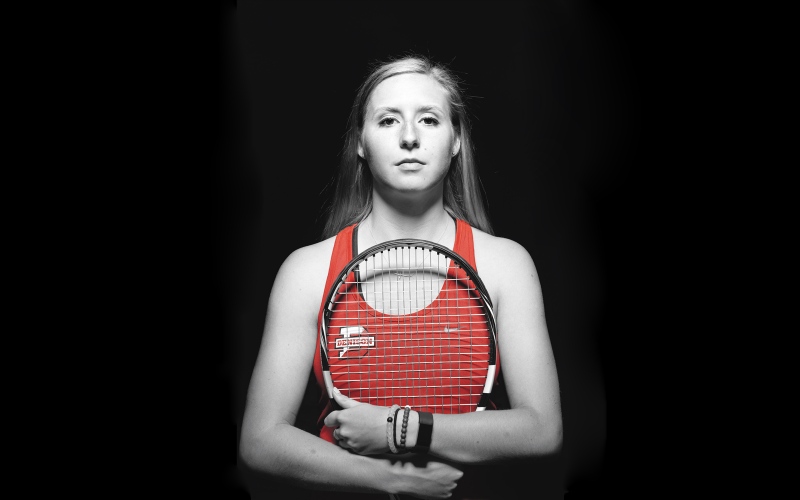 Favorite class: Anything in the sciences—I’m an analytical person.

Best advice your coach ever gave you: “Conditioning equals confidence, and confidence is key.”

Why you love tennis: I like that it’s an individual sport and that each match presents a challenge. 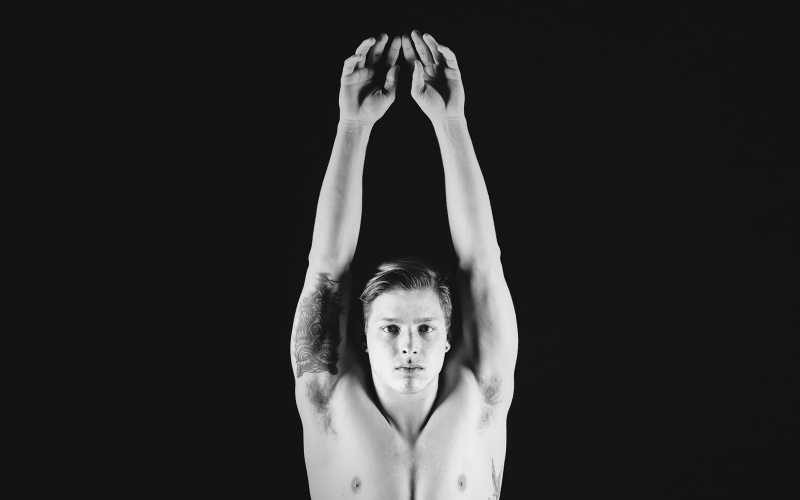 Dream Job: Psychotherapist for those with PTSD, depression, anxiety, and ADHD

Why: Susan Kennedy is an amazing teacher, and I learned a lot about different biological bases for certain mental illnesses. It also inspired me to want to pursue my chosen career path.

Best advice your coach ever gave you: “Focus on fixing the little things and the details, and eventually the whole will come together.”

Why athletics at Denison? The teammates, coaches, and the atmosphere

Favorite moment in the pool: Sophomore year, taking first, second, and third at nationals with Connor Dignan ’15 and Ben Lewis ’16

Why you love diving: It has helped me grow as a person and taught me many life lessons and skills that I will bring into the rest of my life. 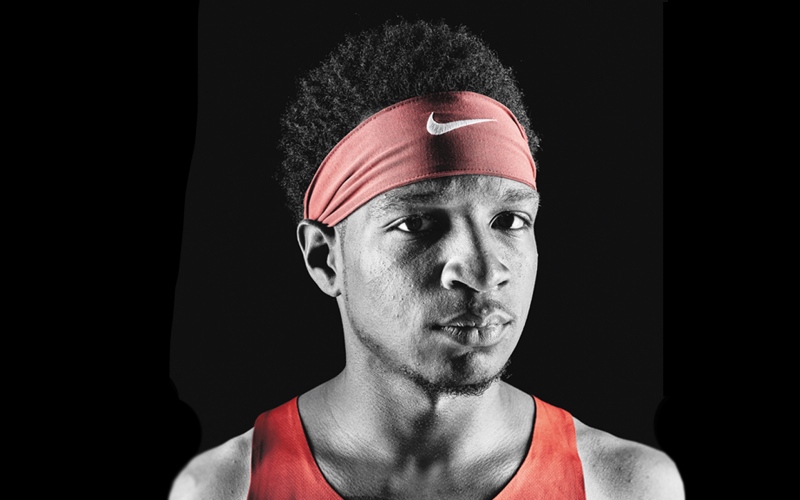 Major: Communication with a minor in Black Studies

Best advice your coach ever gave you: My high school football coach, who was a second father to me, told me that I could be a top running back if I put in the work. It gave me confidence to work harder, not only on the field and track, but in the classroom.

Why athletics at Denison? The academics at Denison are what separated it from other schools. And the coaches care about us as people, not just as their athletes.

Favorite moment on the track: Nationals. I jumped my personal record on my first jump, and then did even better on my next.

Superstitions before a game/event: Before I take my first jump or step onto the field, I have to pray. I kiss my left wrist where I have a tattoo of my niece’s initials and birthdate. Then I tell myself I can do all things through Christ and get ready to compete. 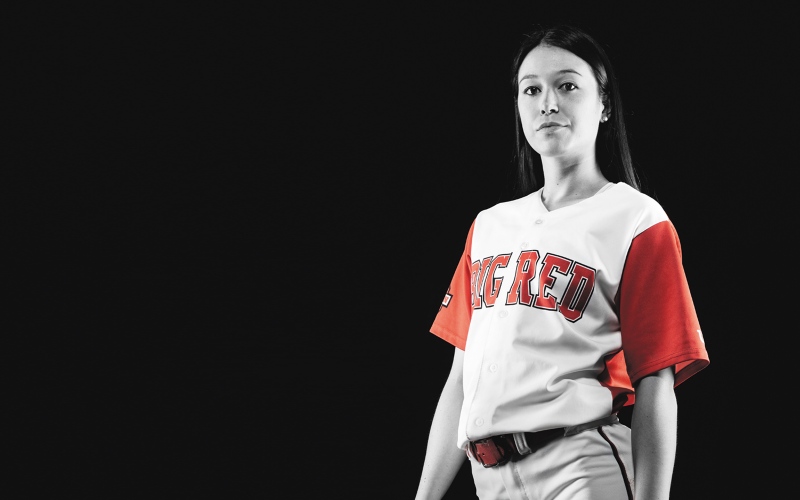 Favorite class: “Of Virtue and Horror,” a sports communication class taught by the great Jeff Kurtz

Why: Not only was I challenged to think critically about the way sports function in our society, but Dr. Kurtz made me feel so empowered, and my voice mattered in that class.

Best advice your coach ever gave you: “Just PLAY!”

Why athletics at Denison? I knew I wanted to continue my softball career for four more years, and I knew there was a strong softball program at Denison. Softball, coupled with Denison’s quality education, made my decision to play here a no-brainer.

Why you love softball: Nolan Ryan sums it up pretty well for me: “One of the beautiful things about baseball is that every once in a while you come into a situation where you want to, and where you have to, reach down and prove something.” (I replace “baseball” with “softball” in my mind, though!) 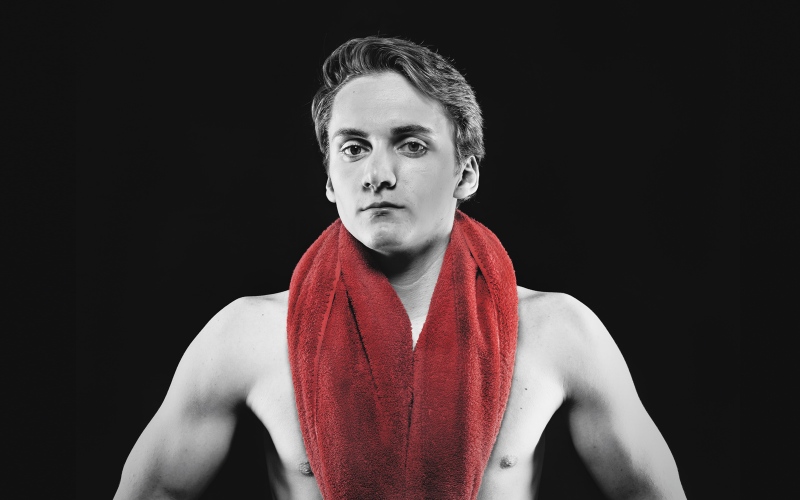 Major: Biology with a minor in Spanish

Favorite Class: Advanced Biochemistry or Comparative Physiology. Both classes discussed how the body works and what changes, depending on our health.

Best advice your coach ever gave you: “We’ll be there at the end.”

Why you love swimming: Swimming is just you and 75 feet of water battling against the clock. 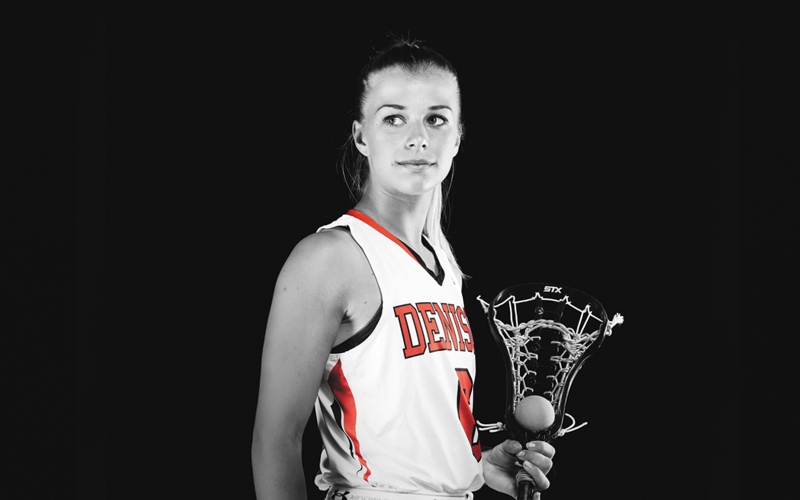 Why: It forced me to consider sports from a different perspective, and it gave me the opportunity to think deeply about my commitment to athletics.

Best advice your coach ever gave you: “The little things make the big things happen.” 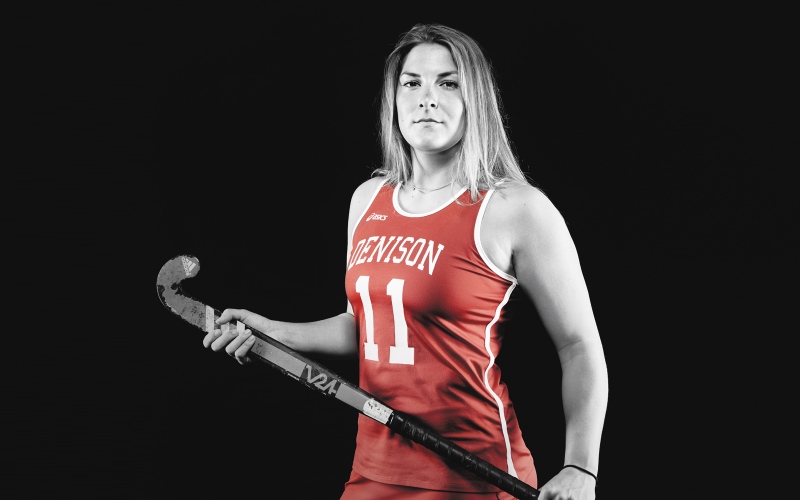 Best advice your coach ever gave you: “Don’t play for yourself.”

Why athletics at Denison? Easy, the coaches

Favorite moment on the field: Weekend home games are my favorite. I love walking out of our locker room onto our home field. 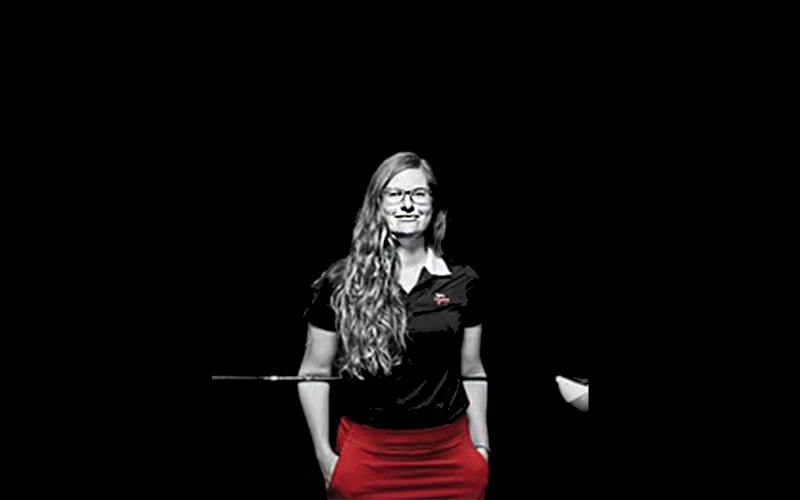 Position: A top-5 player on the team

Claim to fame: Three-time All-NCAC, shot a program record 2-under-par round of 70

Why? I fell in love with painting at Denison. I have taken three painting classes here, and it is just something that is thought-provoking, fun, and relaxing.

Best advice your coach ever gave you: My coach told me that I should always have fun playing the game.

Why athletics at Denison? I wanted to play a sport at a Division III school so I could focus on my studies. However, playing golf at Denison has been extremely rewarding for me, and I could not have met a better group of friends and teammates. I am so happy to have played all four years with six incredible women in my class.

What's next? I will be applying to dental school in the fall.

Favorite moment on the green: One of my favorite moments on the course was when I shot my best round of 70 in a tournament earlier in the year.

Superstitions before a game: I have to make sure my old, torn-up golf glove is in my golf bag before I play.

Why you love your chosen sport: I love golf because it is a fun, relaxing sport, where I get to be outside with my friends. 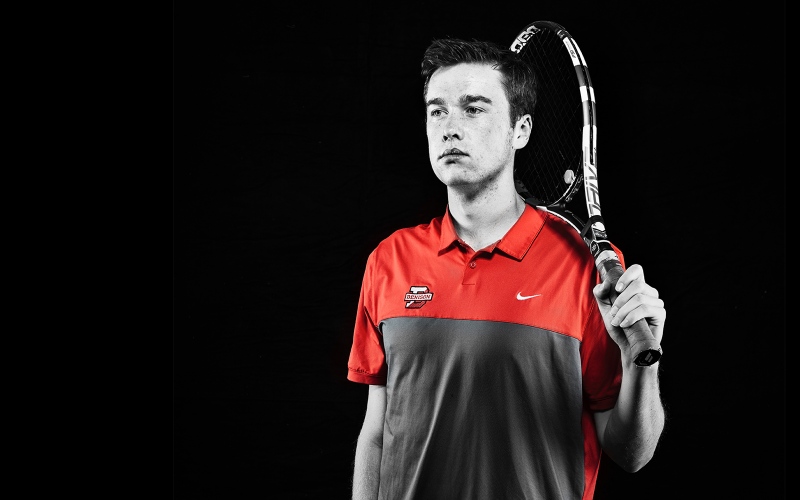 Claim to fame: Two-time All-NCAC, 2016 NCAC Newcomer of the Year, and ITA Regional Rookie of the Year

Why? It was a major challenge that I sincerely enjoyed.

Best advice your coach ever gave you: “Every action that you make is either making you better or worse at something. So make every action count.”

Why athletics at Denison? Denison is an ideal blend of great athletics, academics, and social life. I wanted to go to a place where I could play competitive tennis without compromising those other two aspects of college life.

Favorite moment on the court: Beating DePauw twice my freshman year and reaching the conference final

Any superstitions before a match? I listen to "3005" by Childish Gambino exactly 3,005 minutes before my tennis match. I also wrap my left wrist with tape 30 minutes before warm-ups.

Why you love tennis: I love my teammates. 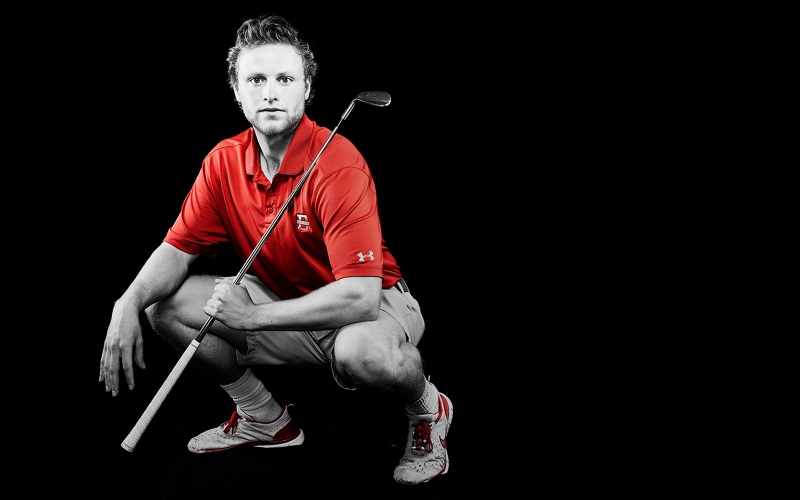 Dream job: Own my own restaurant

Best advice from your coach: “Be confident in your ability to be a difference-maker and leader for the team.”

Why athletics at Denison? I’m competitive by nature and never want to stop playing golf competitively.

What’s next? Working in mortgage banking at Homeside Financial in Columbus

Superstitions before a match: I never think about it. It’s just another round of golf.

Why you love golf: I’ll be able to play it the rest of my life, and I love being outside on beautiful courses. I think the architectural design of top courses is truly breathtaking.