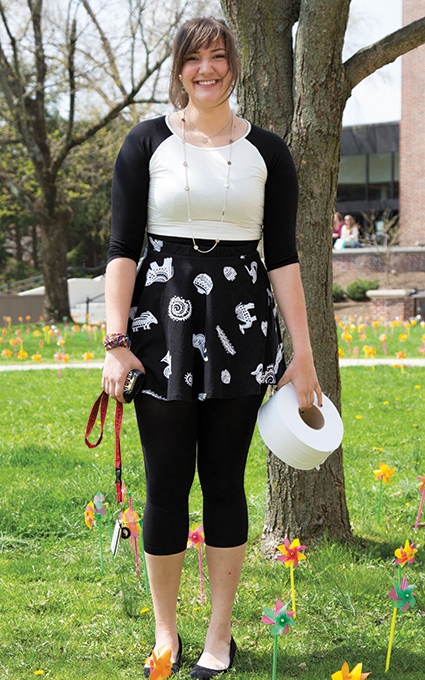 “I carry this toilet paper around in case of emergencies.” 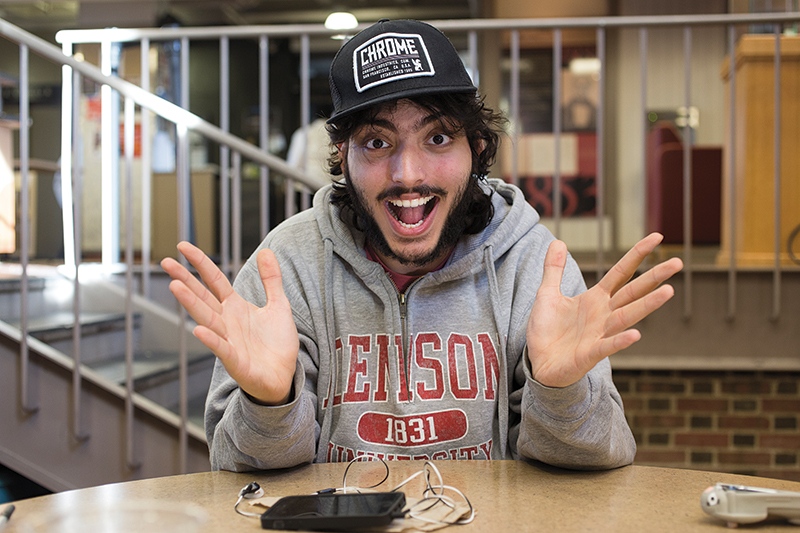 “I think people need to have less of a filter. They need to be more expressive and faaaa! (Don’t put that in the interview though, ’cause it’s not an actual word.) That’s partly why theatre is so awesome, because you can pretty much be who you want to be, and I think that’s how everyone should be. It’s great at Denison because everyone is really open and...” (JAZZ HANDS) 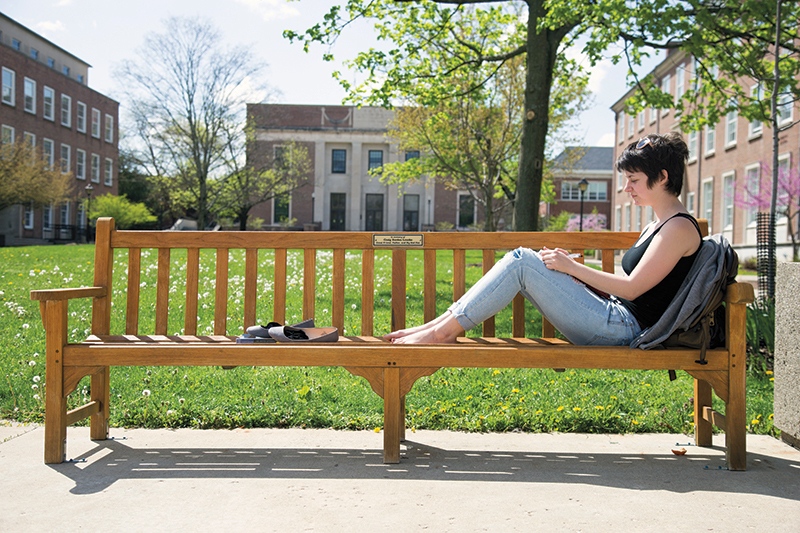 “I can sing the names of all the presidents of the United States. My dad made it up with his sister. When he was in college, he would bet people that he could sing it in under 15 seconds to get a free beer.” 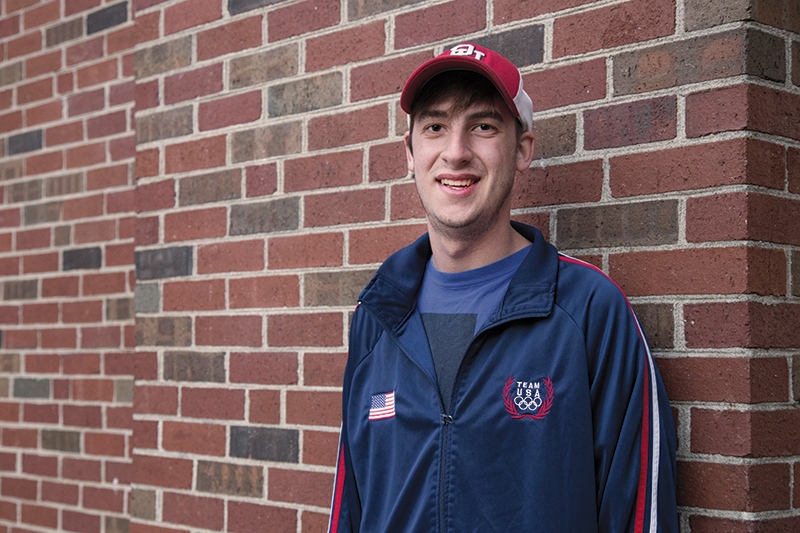 “I was born having had a stroke. My parents didn’t know this until I was six months old. I had to do extensive physical therapy for the first 13 years of my life. Then I met the captain of the U.S. National Paralympic Soccer Team. He wanted me to come out and play. I’ve been a part of the team since 2008. I’ve traveled to England, Ukraine, Turkey, and Holland playing soccer for the U.S. of A.”

“What’s your position on the team?” “Left bench.” 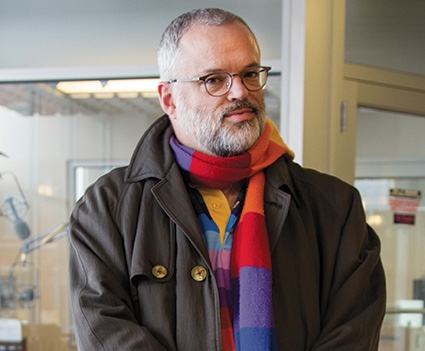 “I just married my partner of 25 years last year. Now we are officially an old married couple. I’ve taught English at Denison for more than 20 years, and I wouldn’t want to be any place else.”

(A student nearby): “Dr. Porcheddu is my life advisor.” 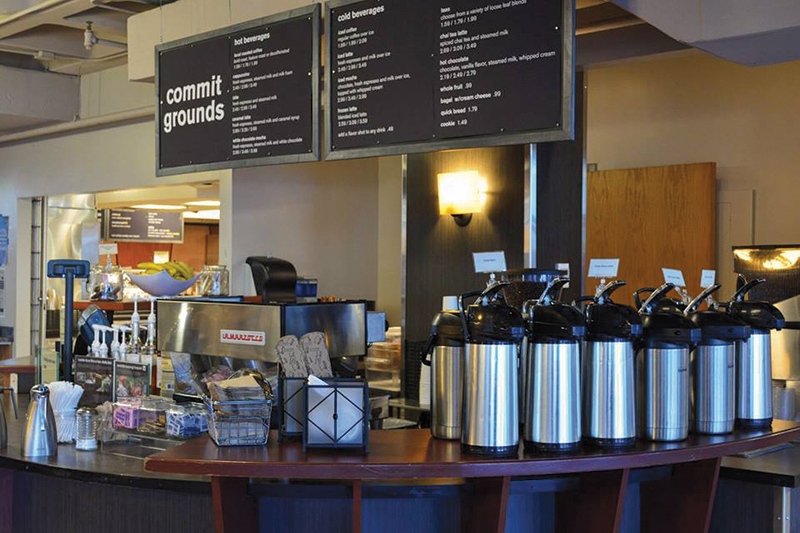 The lady behind the counter who asked not to be photographed. 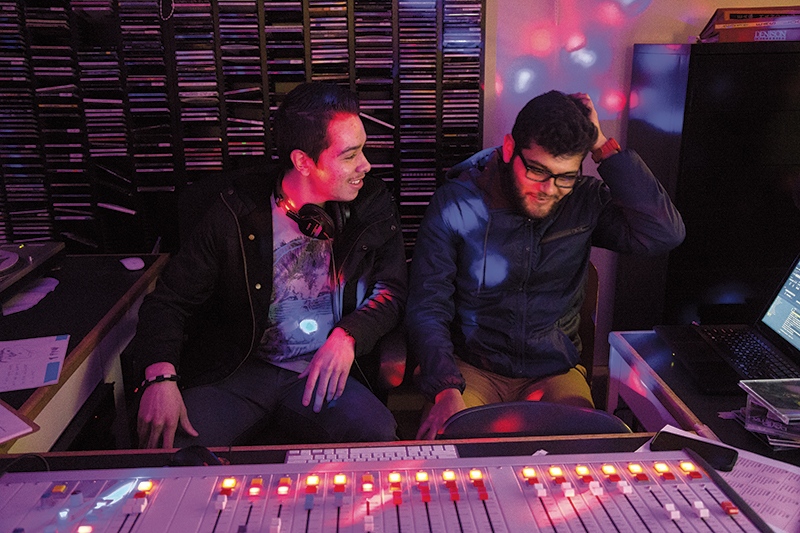 a Chemistry major from Chicago, Illinois,

during the Strobie Strobe Show on WDUB 91.1 FM 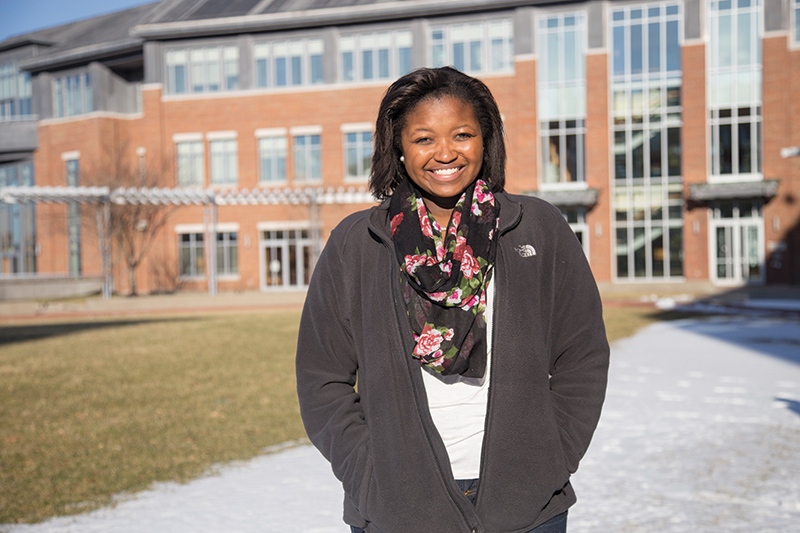 “What is your dream job? ” “An astronaut. Actually, a singing astronaut!” 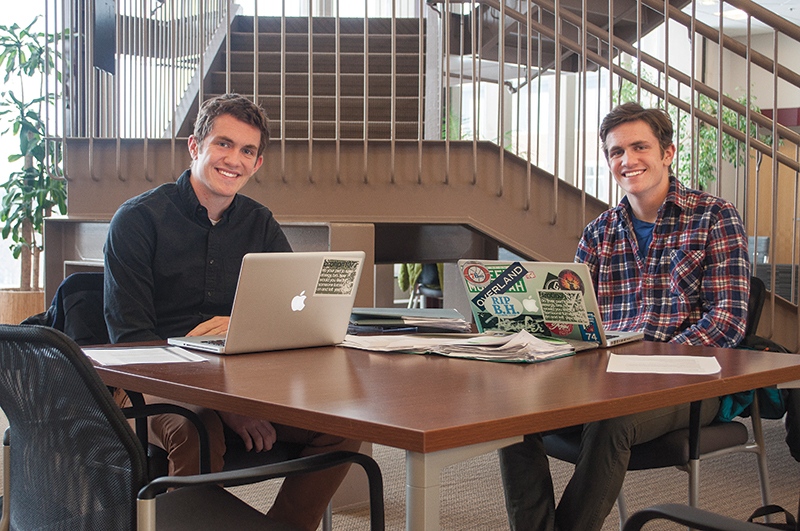 a student at the College of Wooster

“We used to call each other Batman and Robin.” 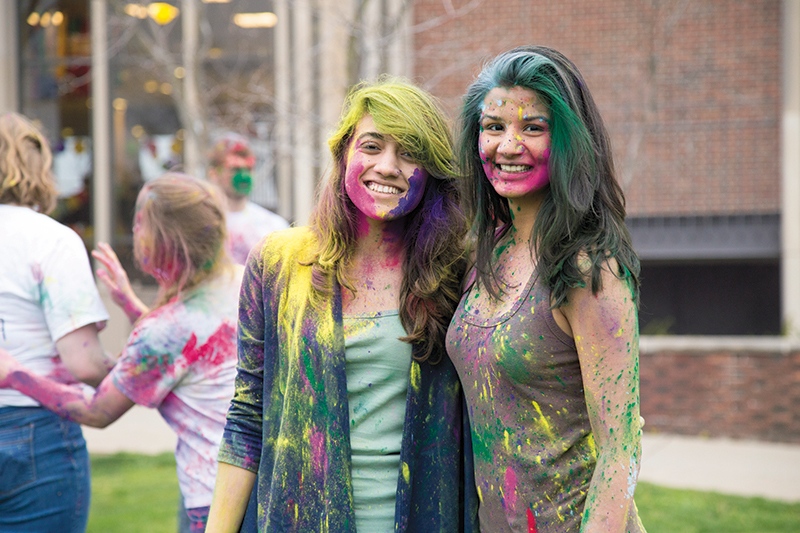 A Philosophy, Politics, and Economics (PPE) major from Mumbai, India,

“Philosophy is very fundamental to my being. It is the ultimate form of critical thinking. It assures me that anyone and anything is capable of change if you ask the right questions.” 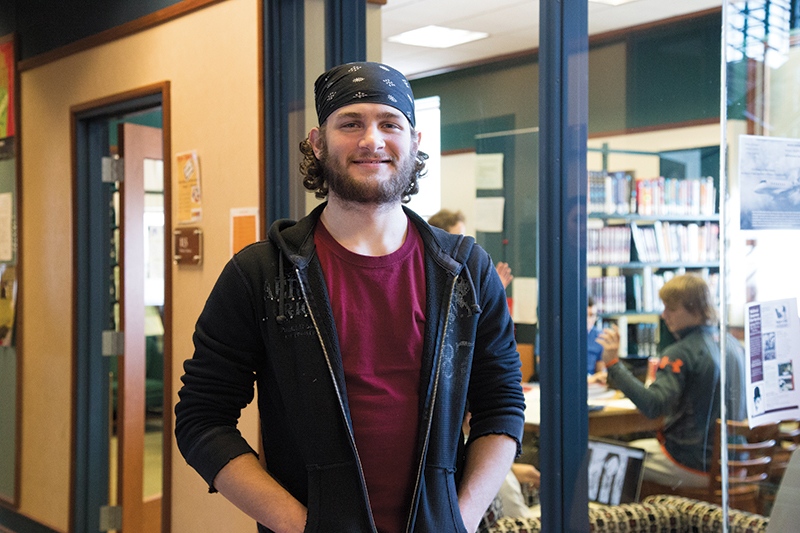 A Physics major from Chicago, Illinois

“I’m a sophomore. A Homesteader. A physics major. I live in Olin’s study room. I mean, I live at the Homestead. But I live here, too. All my stuff is usually in the corner, right next to that computer.”

(Someone from the back of the room) “He sleeps here, too.” 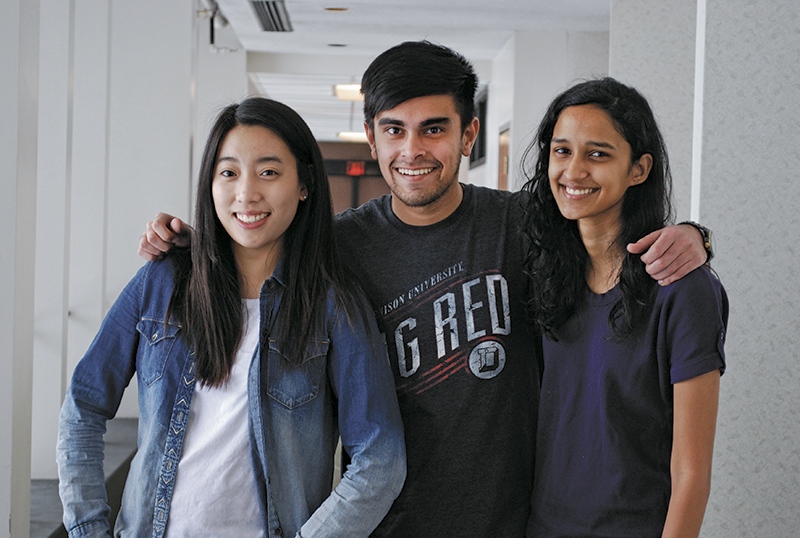 “Everyone has experiences that form their identities. We just wanted to share them.”

Brandon Stanton has taken more than 5,000 photographs as part of the “Humans of New York” movement. They have included children collecting bugs, playing guitar, and dressing up. They have included people in the East Village, in Central Park, and on the Upper West Side. His subjects have been tatooed and clear-skinned and lost and in love. They have been homeless and homeschooled. But nearly all of them have opened up to this stranger with a camera. What Stanton stumbled upon in his endeavor to capture the people of his hometown (and all the offshoots that sprang up in towns, cities, and countries along the way) was a universal need to share stories—and our universal desire to listen.