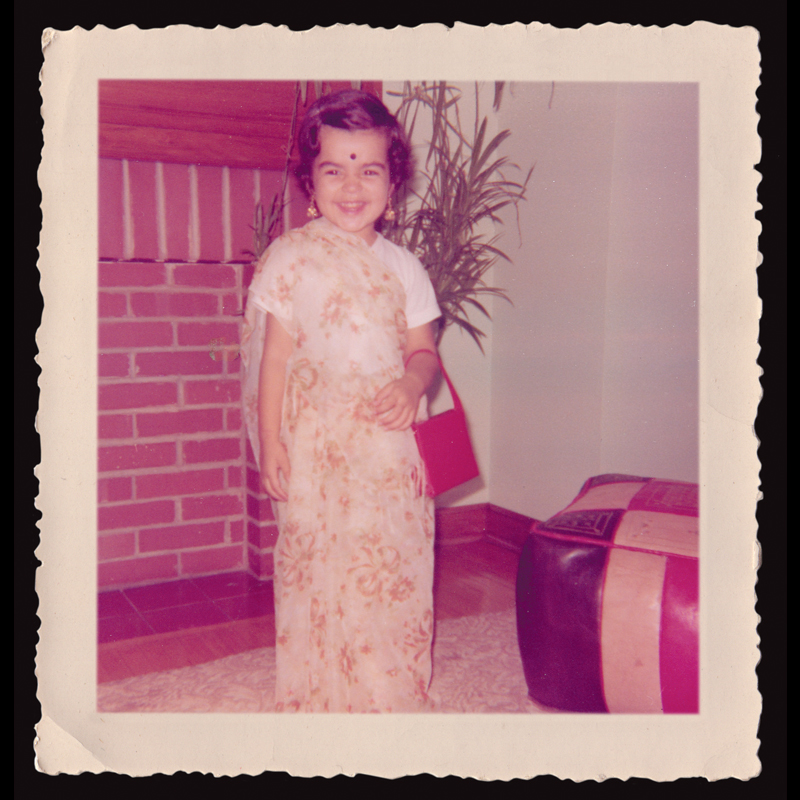 This essay originally appeared in Dissonance and Harmony: The Creative Project of the Class of 2010, an anthology of writing and visual art by members of the first-year class, faculty, and staff.

When I sat down to write this essay, I fully expected to produce a short piece on the value of dissonance as the basis of dissent and social protest, based on my research which for the past 20 years has focused on the gender dimensions of national liberation movements and social protest in southern Africa. I have studied women’s involvement in the war of national liberation in Southern Rhodesia/Zimbabwe, and how women and women’s organizations have worked for social change. Through my research I have come to understand how various forms of social dissonance are integral to building more harmonious households, communities and nations.

Perhaps that could have been the subject of an interesting essay. But my thoughts on dissonance kept moving to more personal re?ections on what might be called “daily dissonance.” By this I mean the kinds of tensions associated with feeling like you don’t quite fit into the prevailing social categories, with constantly having to negotiate difference. This tension, or “daily dissonance,” can be imposed by others whose actions, words, or demeanor emphasize my difference and put me in the position of having to explain myself. But it can also be the result of my own perceptions of being different, or out of step with the prevailing harmony/hegemony in a given situation. The two are often closely connected. Experiencing difference is not inherently linked to daily dissonance; it can also be experienced in ways that are joyful and enriching. But here, I want to focus on points of tension.

In my own case these reflections involve growing up in central Ohio as the bi-racial child of first generation immigrants. My father is Indian and grew up in South Africa and my mother is German. I spent most of my childhood and adolescence just an hour away from Granville in a small town near Mansfield—home to Richland County’s first covered shopping mall and a GM assembly plant that somehow survived the industrial exodus that gutted the area during the 1970s.

To say that this area was not very cosmopolitan in the 1960s and ’70s is a serious understatement. Outside of our family, the only evidence of a world beyond central Ohio I can remember are a Chi-Chi’s Mexican Restaurant, a Chinese restaurant downtown and the Leiderkranz Club, a small second story space where people with European backgrounds used to go to dance the polka and have fun. The area was racially segregated with African Americans living primarily in the older part of Mansfield, and whites living in the newer areas of the city and the surrounding suburbs. In my high school, the only non-white students were one African American boy and several children of foreign-born doctors.

My childhood and adolescence involved many small, and some less small, experiences of daily dissonance. As a child I never had the language to talk about racial categories, but because my skin has always been a shade of brown I was pretty regularly confronted with the need to explain myself in terms of the prevailing racial codes. At home we didn’t talk about racial issues. Whenever I would get upset about another child slinging a racial slur at me I was told to ignore it. My dad grew up in South Africa at the same time that apartheid, the system of legalized racial separation and discrimination, was being put into place. For him, the U.S. represented a kind of freedom from the racial hierarchies and discrimination that he had left behind. For my mother I suspect race was a more complicated issue. She grew up in northern Germany in the 1930s and 1940s, during the rise of the Third Reich and World War II, when ideas about racial hierarchy and white superiority permeated German society. In the 1950s, my parents lived in the cosmopolitan city of Geneva, Switzerland. There, a combination of youthful passion, post-war renewal, and an influx of young adults from newly emerging nations in the Middle East, Africa, and Asia created a heady climate in which anything was possible, even love across racial and cultural boundaries.

But Mansfield was a long way from Geneva and somehow both the categories of racial identification and the possibilities for crossing boundaries seemed much more limited in central Ohio. Because of the way we looked, we were frequently asked about our backgrounds and my mother always responded, “My husband is from South Africa. He’s of Indian origin.” As a child, I never understood why that last part had to be there; why, in the context of the racial codes that operated in Mansfield, she did not want to leave Africa unqualified.

By the time I was in high school I had a better understanding of how to fit into the existing racial and cultural codes. I listened to Lynyrd Skynyrd and Ted Nugent, went along with my friends when they wanted to dress me up like Cher for some high school performance and even volunteered to be the Warrior mascot for our foot-ball team because, after all, I looked the part. But not all of this felt comfortable and I began to wonder about the personal costs of fitting in—the dissonance experienced by myself, and some others I knew who seemed marked by racial and ethnic difference.

I reached a turning point in my thinking about these issues early in my senior year. Seniors had the privilege of coming to school in costume on Halloween. My memory of that day is completely dominated by the presence of four senior boys in Klan suits. One was obviously made from a bed sheet—it made the boy look more like Casper the Friendly Ghost with a droopy point on his hood. The other three, however, were donned in well-made costumes with red lining, top stitching, and hoods that stood up tall. One of my memories that now seems particularly surreal involves the costumed Klansmen chasing the one African American student in our school down the hall during the break between classes in a kind of slapstick manner. 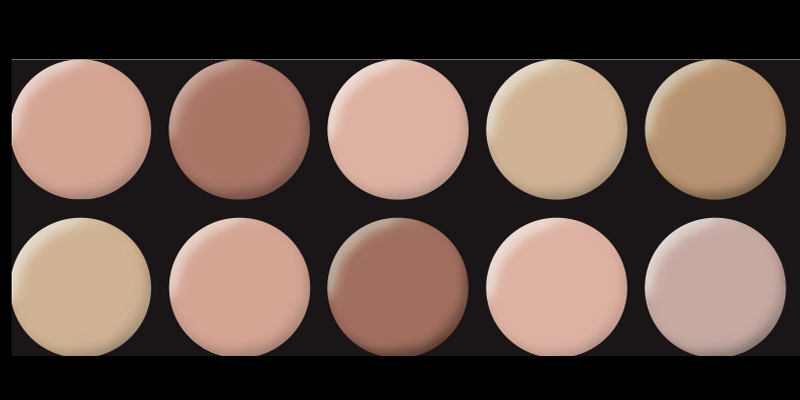 Categories of social identity are, at best, partial glimpses of the lives we make. The identities that people fashion for themselves are much richer and more nuanced than any box on a survey.

The Klansmen students were not forced to remove their costumes, nor to my knowledge were they reprimanded in any way. Yet, I remember feeling terrified for my fellow African-American student. To me, what most seemed to understand as “fun” and “humor” was so clearly marked by the symbolism of exclusion and racial violence. I was stunned into silence. I didn’t discuss the incident with my parents or my friends. But the limits of fitting in seemed clear. I decided that living with daily dissonance had become unbearable. My solution would be to get as far away as possible.

A bit more than 25 years later, “as far away as possible” turns out to be Granville, Ohio, where I returned in 1996 to teach in my alma mater’s International Studies Program. There have been long and short pit stops in Chicago, Harare, Copenhagen, Nairobi, Mumbai and Capetown. Along the way, feelings of daily dissonance have waxed and waned. When I was a student at Denison, several professors and the college president, Robert C. Good, encouraged me to pursue studies focused on social change, women’s issues, and the struggle for freedom in South Africa. The knowledge I gained helped me make connections between my own experiences and broader social issues. At Denison I also learned how to voice dissent in campus groups involved in the anti-apartheid movement, No Nukes, socialist feminism, and protests for women’s reproductive rights and against U.S. involvement in El Salvador. Looking back, these experiences were important not only to my personal political perspective, but together with my academic work, they helped me develop a broader sense of social context and a voice that could articulate and address experiences of daily dissonance.

I’d love to be able to say that after years of study, travel and experience daily dissonance has become a memory. That would be misleading; while much has changed, daily dissonance remains part of my life, albeit in a different way. There are still many occasions when I feel as though I have to explain myself in terms of other people’s perceptions about my identity. I’m used to people assuming that I am South Asian on the basis of my name and then being clearly disappointed when I begin to speak with my Midwestern accent. In these situations I don’t make the grade because I’m not Indian enough—I’m not authentic. Recently, a colleague who had known me from my student days just discovered that I grew up near Mansfield and that I am not the “exotic woman from India or Africa” that he’d always assumed I was. Rather than fess up to his own erroneous assumptions, he implied that I had misled him for all these years and referred to me as “Betty Lou” for months afterward. He thought he was being funny. I started to avoid him.

Sometimes I just don’t cooperate. When someone asks me where I am from, I say “Mansfield, Ohio.” More often than not, they are dissatisfied with this response and probe further. As a small strategy of resistance, I refuse to explain my family background. I am, after all, from around there. It is my home.

While I make this assertion with confidence, I am also keenly aware that when I am in more cosmopolitan environments—in Berkeley, Capetown, or Mumbai—the experiences of daily dissonance seem to diminish. In these places, my appearance doesn’t set me apart and a part of me can relax. This may be due to the more cosmopolitan environment, or it may be that as an outsider in these places I don’t know the racial codes so I don’t experience the sense of difference that results in daily dissonance. Regardless of the reason, not having to explain my identity is a relief.

Difference—in this case racial and ethnic difference—does not necessarily lead to the kinds of tensions associated with daily dissonance for those who are marked as “different.” Indeed, one of the perks of being in a university environment is a license to engage issues of difference, dissent, and community. My experiences have made me deeply suspicious of efforts to create social harmony that are linked to the denial or suppression of difference such as gated communities, laws that ban same sex marriage, or the Patriot Act. Differences must be acknowledged and addressed. Therefore, dissent—the articulation of dissonance, as individually or collectively experienced discomfort, disagreement, or protest—is integral to building communities where all members have a shared sense of belonging. My experiences have also made me a bit wary of visions of social harmony that are premised on a given set of categories. If we have learned anything from the study of globalization at the end of the 20th century, it is that categories of social identity are, at best, partial glimpses of the lives we make. The identities that people fashion for themselves are much richer and more nuanced than any box that can be ticked on a survey.

As I put the final touches on my course syllabi for the fall, I’m looking forward to engaging these issues in the classroom and the broader college community. But at the same time, I’m going to start working on that next trip to Capetown.