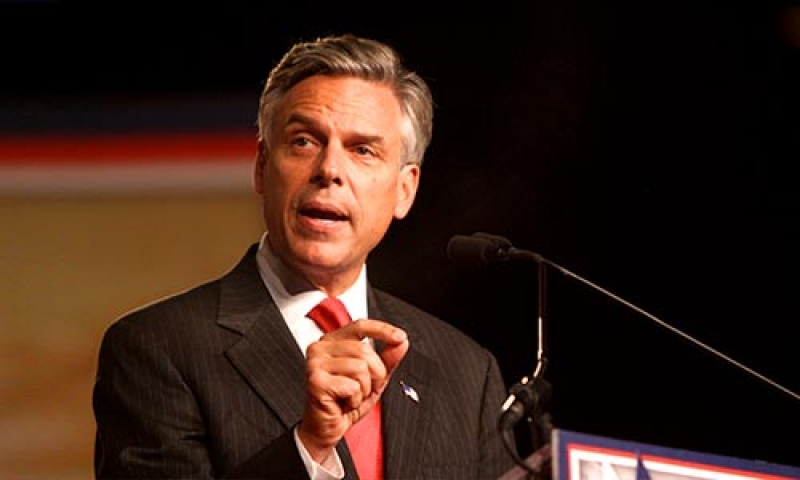 The Mary Elizabeth Babcock Lectureship in the American Conservative Tradition welcomes the former Utah Governor John Huntsman presenting a lecture, “Restoring America's Leadership at Home and Abroad.” Jon Meade Huntsman Jr. is an American politician, businessman and diplomat who began his career in public service as a White House staff assistant for Ronald Reagan in 1988. Since then he has served four additional U.S. presidents in critical roles around the world and completed two terms as governor of Utah. President George H.W. Bush appointed him deputy assistant secretary of commerce for trade development and commerce for East Asian and Pacific Affairs and United States ambassador to Singapore in 1992. Huntsman launched global trade negotiations in Doha and guided the accession of China into the World Trade Organization. In 2001, President George W. Bush appointed him a Deputy United States Trade Representative. In March 2003, Huntsman left that position to prepare to run as the Republican candidate for governor of Utah in 2004. He won the election in November of 2004 with 58 percent of the vote, and during his leadership, Utah was named the best-managed state by the Pew Center on the States. Huntsman was re-elected in 2008 by 77.7 percent, and he left office with approval ratings above 80 percent. During his tenure, according to the Bureau of Labor Statistics’ population survey, Utah was ranked No. 1 in the nation in job growth posting a rate of 5.9 percent between 2005 and 2009. While governor, he was elected chairman of the Western Governors Association, serving 19 states throughout the region. In 2009, President Barack Obama nominated Huntsman to serve as U.S. Ambassador to China. He resigned from his position as ambassador in April of 2011 to return to the United States to explore a 2012 presidential bid. After finishing third in the New Hampshire primary, he announced the end of his campaign in January 2012, endorsing Mitt Romney. Along with Democratic Senator Joe Manchin of West Virginia, Huntsman now serves as a co-chair of No Labels, a growing citizens’ movement of Democrats, Republicans, and everyone in between. The group is promoting a new politics of problem solving. Huntsman also hosts a weekly radio program on SiriusXM, No Labels Radio with Jon Huntsman. He serves on the boards of Ford Motor Company, Caterpillar Corporation, Huntsman Corporation, U.S. Naval Academy Foundation, and University of Pennsylvania. He is a distinguished fellow at the Bookings Institute, a trustee of the Reagan Presidential Foundation, a trustee of the Carnegie Endowment for International Peace, and chair of the Huntsman Cancer Foundation. He has served as a visiting fellow at Harvard’s John F. Kennedy School of Government, as well as a distinguished lecturer at Duke University’s Sanford School of Public Policy. Huntsman is a graduate of the University of Pennsylvania and has seven honorary degrees. He and his wife Mary Kaye have seven children, Mary Anne, Abigail, Elizabeth, Jon III, William, Gracie Mei (adopted from China), and Asha Bharati (adopted from India). Denison and Harvard alumna Mary Elizabeth Babcock, who died in June 1998, had a lifelong interest in education, government and politics. She engaged in a wide range of charitable, educational and community interests in Johnstown, Ohio, and throughout Licking and Franklin counties for many years. In 1981, she established the Mary Elizabeth Babcock Lectureship in the American Conservative Tradition at Denison University. Since then, her generosity has enabled students and community members to hear William F. Buckley Jr., James J. Kilpatrick, George F. Will, Zbigniew Brzezinski, David R. Gergen, Robert D. Novak, Richard L. Thornburgh, Jack Kemp, Robert H. Bork, Robert J. Dole, J.C. Watts, Torie Clarke, Dee Dee Myers, Christine Todd Whitman, Norman J. Ornstein, Thomas E. Mann, Bill Bradley, Newt Gingrich, and James Baker. 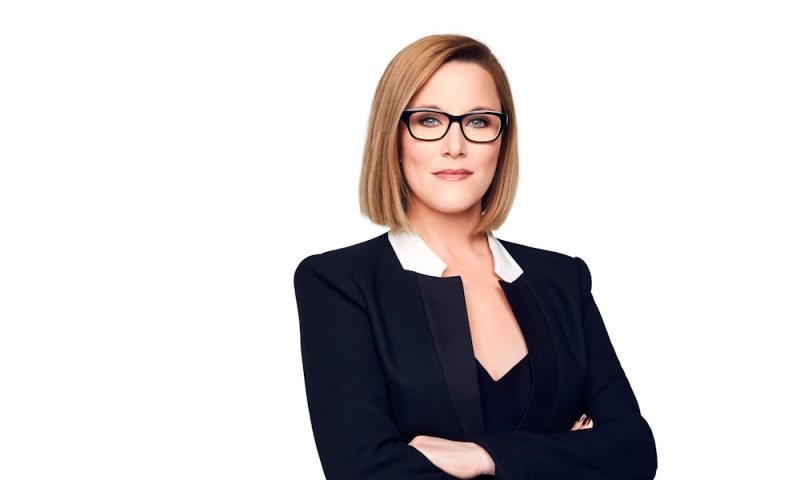