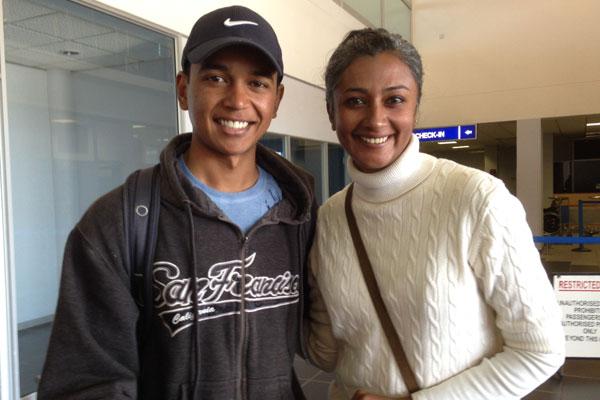 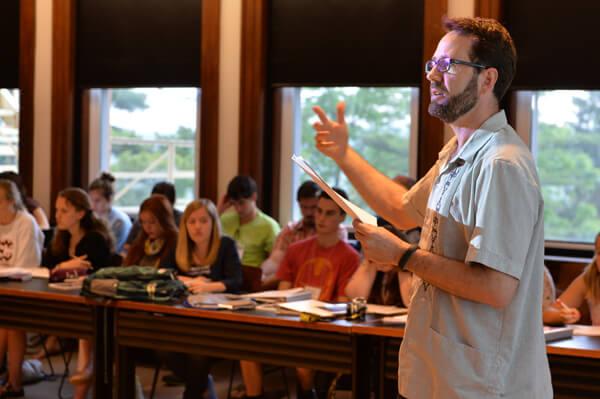 The Reynolds Young Writers Workshop took place last week, and this year’s group had a special guest—a student who traveled more than 8,000 miles to be here.
View Photos »

It’s the story of an 8-year-old girl in Zimbabwe.

She’s white, a descendent of the English settlers’ minority-ruled government, and living on a farm.

There isn’t anything particularly special about her, except that she is experiencing the complicated system of land reform—Zimbabwe’s endeavor to create democratic land sanctions to correct the racist, colonial roots of their government. But, then again, everyone in the country has to deal with this issue in some way.

The girl in the story may not be real, but the author, 18-year-old Emil Kee-Tui of Bulawayo, Zimbabwe, certainly is.

Kee-Tui, who won an all-expense paid trip to annual Reynolds Young Writers Workshop hosted by the English department, submitted an excerpt of this story to the anthology produced by the 30-some high school students attending the weeklong camp held in June. His trip was the result of the Write to the U.S.A competition, created and sponsored by Denison alumna Swathi Sridharan ’01, a magazine editor in Zimbabwe who wanted to ensure that high-school age writers in Zimbabwe find their potential, like she did.

“I grew up in Syria, and it was a similar situation to what I see here in Zimbabwe—the possibilities are limited and our exposure and dreams are also therefore limited,” says Sridharan, who got her Masters in Science Journalism from Boston University after graduating Denison.

She first heard about the Reynolds program (made possible by a $1.75 million dollar endowment by Jonathan R. Reynolds ’65, a playwright, author, and screenwriter) as a student and knew it would be the right place to send the winner. Not only because he or she would learn from Denison’s respected English department, but also because the author’s writing would be valued.

“No one in Zimbabwe really hosts workshops equivalent to the Reynolds Workshop. So I developed the idea of a writing competition where the prize would be a trip to the U.S.A to get further exposure to other people with similar creative interests and where that creativity is nurtured and taken seriously,” she adds.

To apply, Zimbabwean teens simply had to submit a creative writing sample, school transcript, a statement of purpose, and proof of a passport. While Kee-Tui won the first prize, the second place winner received a two-night stay at a hotel in Victoria Falls, Zimbabwe, while third place received a collection of novels and poetry by Zimbabwean authors donated by a Bulawayo-based publisher.

Kee-Tui’s winning entry was a collection of work including poetry, fiction excerpts, and nonfiction. One of his favorite pieces from the collection (featured on the Write to the U.S.A website.) tells the story of a man in war, his favorite topic to write about.

“I have a very vivid imagination and like to create worlds and immerse myself in them at times. I can’t pretend to know what battle is like, but this was my attempt to do so,” says Kee-Tui, whose favorite book is All Quiet on the Western Front, the 1929 classic about WWI by Erich Maria Remarque.

While Kee-Tui found it refreshing to be surrounded by people who were also passionate about writing, the topics he wrote about, including land reform, sometimes required a little more explanation.

“It was difficult at times for everyone to understand the story because it deals with stark cultural differences that my peers have never come across,” he says. “So, I got to teach them about it, and they were able to teach me about their stories too.”

While it took a lot of planning, time, and funds, Sridharan hopes to sponsor another student next year.

“It is a huge responsibility to send a young person across the globe, and I was really only able to do it because I had complete confidence in his reception on the other side,” she says. “After all, these were the same people who took care of me when I got to the U.S.A. for the first time.”